I have a Mr. Bullet Feeder on my Dillon 750 and it was giving me problems. The hopper that turns the bullet point up was working fine but the die that sets the bullet on the case had problems. Not every time but more often than I would like the seating die would not come all the way back down after it fed a bullet onto a case. Sometimes it would feed 2 bullets one on top of each other, but more problematic was when it would wait until the shell plate rotated and then drop the second bullet on top of a case filled with powder. This would make some of the powder spill out of the case. It would have to be removed and set aside until I could get the primer out or put it back into station 2.

I was talking to a friend of mine that had the same problem and his solution was to take a spring out of a ballpoint pen and connect it between the seating die C clip on the MBF at station 3 and the C clip on the Dillon seating die at station 4. With a little adjustment this fix worked great. The little extra pull from the spring keeps the MBF die from staying up and dropping the second bullet.

Isn’t it always the simplest solutions that make the biggest difference?

Here is a picture of the spring in place. 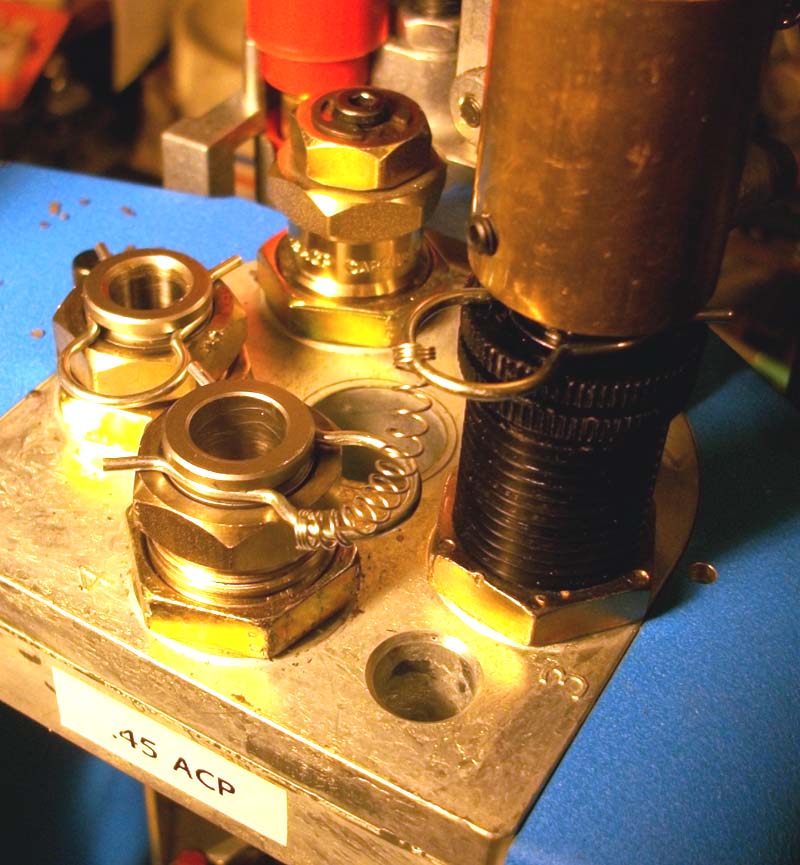 These should solve all the problems ...
2

B
Solved my tall safe and short guns problem