Today’s article comes to you from the ITS Forums via Doc of RSKTKR Consulting. We thought this was such a great topic that we wanted to throw it up as a main article.

Where have you stashed a handgun in your home or car that you feel is an especially clever stashing place?

Here is a list from a very popular internet thread where all these ideas are collecting.
Hiding Places

Good thing this info is out on the internet now.

you forgot taping it behind the tank of an old fashion high tank toilet in a restaurant:

I'm sure you posted this for informational purposes only, we wouldn't want the DAs that troll this site to think you are telling people to disregard MA storage laws.

rep308 said:
you forgot taping it behind the tank of an old fashion high tank toilet in a restaurant:

I want Brad Pitt's gun room in Mr. and Mrs. Smith. I'm sure there are better movie gun rooms but can't think of many at the moment.
Last edited by a moderator: Nov 18, 2017

I want to buy one of Docs' old rentals. It'd be like a scavenger hunt. 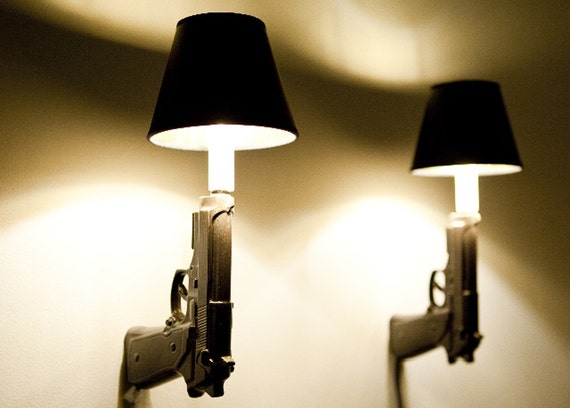 Hanging in the wife's craft room:

In the kid's toy box. Even the kids never look in there! ')

Tagged for next time I visit an old house

I paint mine lime green and hunter orange and go for open storage.

mchncbill said:
Good thing this info is out on the internet now.
Click to expand...

we don't want to tip our hand too much now, do we?

my hidden storage spot is not listed---and i'm not telling

mchncbill said:
Good thing this info is out on the internet now.
Click to expand...

This.
Personally, if I were to post a thread like this (which I wouldn't, but whatever) I'd have instead posted the header
"List of Unique Hiding Places for Firearms and Valuables" and in the body of the posting I'd have said "PM me for list"
And that's it. Nothing else.... Cuz unless Derek has changed the access process to this website, anyone can read it.. including criminals. Matter of fact, I don't know for sure but maybe someone else knows if incarcerated criminals can read this on the Internet (wouldn't doubt it cuz Mass. gives inmates all the comforts of home so why not Internet access too?)..

I mean, no offense OP but did you consider this / think this through before posting? And yeah maybe some of these "unique ideas" are already out there but so are people's hacked ID's and credit cards - as are some procedures on how to steal them. Why the heck add more info that potentially helps criminals?.. Why not also add "We use these hiding places cuz we go away on summer weekends, so the house at # __ Main Street is usually unoccupied, but we store our guns accordingly".... etc

In the famous words of long-ago Boston politician Martin Lomasney:
"Never write when you can speak. Never speak when you can nod.... and never nod - when you can wink"

boscru said:
my hidden storage spot is not listed---and i'm not telling
Click to expand...

Would this bottle opener make you a felon?