A shootout with an armed suspect that left two FBI agents dead and two more hospitalized during a child pornography investigation in Fort Lauderdale, Fla., on the morning of Feb. 2, 2021, is drawing parallels to another deadly gunfight in the Sunshine State from 35 years ago.

A 1986 gunfight between FBI officers and two violent bank robbers in what is now Pinecrest, Fla., outside Miami, was among the deadliest in the bureau’s history, leaving two agents and both suspects dead and injuring another five FBI members.

Former FBI Special Agent Ed Mireles, who was shot twice in the encounter before neutralizing gunmen Michael Lee Platt and William Russell Matix, recounted his experience last week and explained how it led to reforms for both federal and local law enforcement agencies.

The following interview has been edited for brevity and clarity.

FOX: You were involved in one of the FBI's most horrific shootouts, in the history of the FBI, back in 1986, and it led to some changes for not only the FBI, but law enforcement agencies around the country. That was 35 years ago. Do you think those changes need an update now?

Ed Mireles: Any time there's a deadly force confrontation between police, law enforcement officials and the public, it needs to be reviewed. That’s the law, and I support that 100%, because you want to make sure that that there were no crimes perpetrated by officers and that the shooting is within the law and deadly force policy set by the Supreme Court. But there’s always an opportunity for lessons learned.

FOX: The information that we have available, that was the suspect unexpectedly became violent and attacked them. And it really wasn't it wasn't a procedural problem or a tactical problem or anything like that.

M: I don't think it was a procedural or tactical problem. But you know what, though? That's something that the public, I don't think understands. I think a lot of people don't understand that. I was asked by some other folks last week, ‘Hey, should there have been better preparation?’

And I can tell you from experience that law enforcement today is a heck of a lot more prepared. They have more structured operations policies, or arrest policies or search policies. In other words, you have to have a plan. Thirty-five years ago was like, ‘Hey, Bill, Joe, come on. Listen, I just got a tip. One of my fugitives is at the corner of 1st and Main. Let's go let's run down there and pick him up.’

That's the way it used to be. Now it's like you have to have an arrest plan and everything else. But what the public needs to understand is law enforcement can plan, and plan, and plan, you know, for days and weeks. But when you go to execute the warrant, you still have that unknown factor. You have human nature involved with the perpetrator. The subject has a say in the outcome, OK? And that's something that law enforcement cannot control. 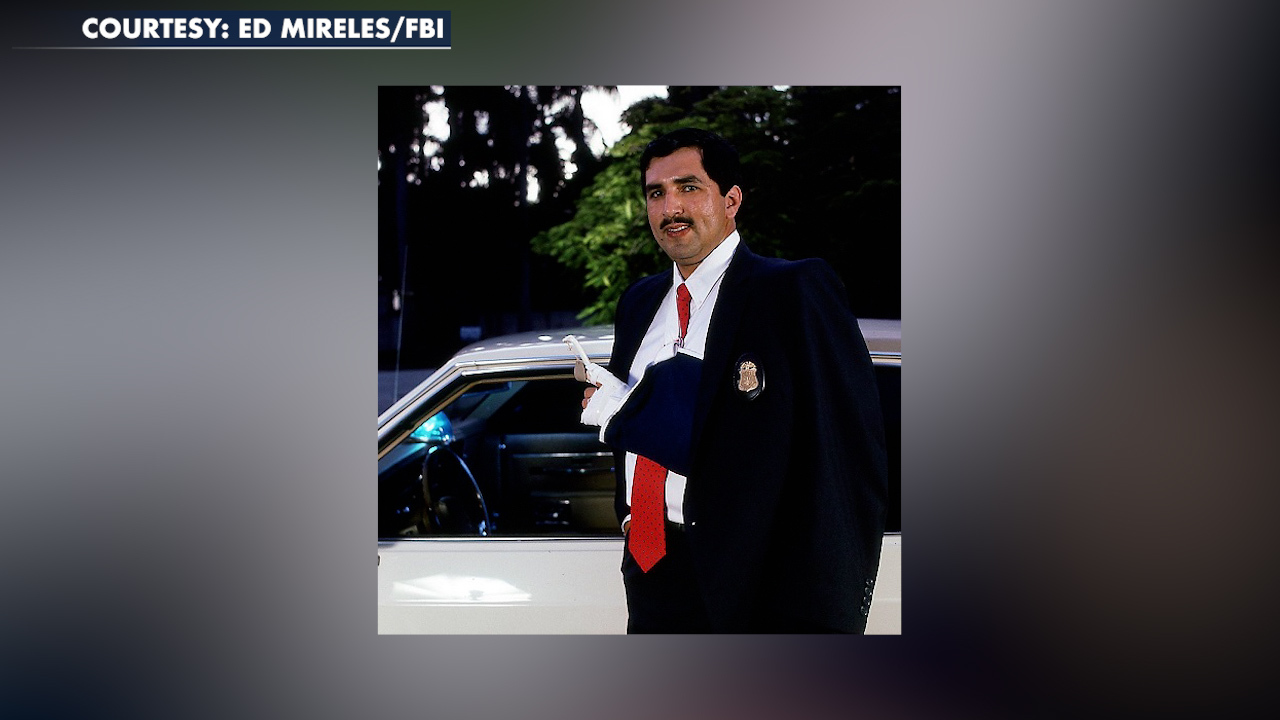 Hero of 1986 FBI shootout on how incident reshaped law enforcement

A shootout with an armed suspect that left two FBI agents dead and two more hospitalized during a child pornography investigation in Fort Lauderdale, Fla., on the morning of Feb. 2, 2021, is drawing parallels to another deadly gunfight in the Sunshine State from 35 years ago.

Mentions ring cameras, but nothing about grabbing the suspect at stop n shop. Plan weeks for an arrest and then choose full frontal attack.
,

I actually just watched Paul Harrell's video about this and then the FBI files episode about the shootout. What a damn mess.

Not long after the Miami shootout, a police training org created a VHS tape and sent it out to many/all PDs as a training tool. I think it was a reenactment as I doubt they live taped what occurred but it was a very long time ago. We watched it and discussed it at one of our monthly in-house in-service training sessions.

Unless there is a chance of something like an eminent terrorist attack.
Then law enforcement should use more caution and patience in when and how to arrest a suspect.
Also noting that just because a raid is planned doesn't mean you have to go through with it if something doesn't seem right or an unexpected issue pops up.
Stand down, regroup. Officer safety is the only concern that should matter a well as civilian casualties.

My thoughts on these raids is that they are complacent and somewhat lackadaisical in their approach when arresting a suspect.
Always wear an armored vest, have EMS on standby, maybe an armored low key type vehicle, have a secure area.
What are you armed with and what is your plan if things don't go your way?
Common handguns and rifles so if there is a shootout the magazines and ammo are usable to all.
Make sure everyone involved with the raid is competent in their weapon handling and shooting skills.
Have they ever cleared a room or dwelling?
Would having more and better qualified men increase the chance of a successful outcome?
What time of the day is the raid. Are your sights better equipped for a daylight operation vs an early morning raid with low lighting.
Maybe a sharpshooter and spotter setup across the street for added visual and over watch protection.
What more could you have done to ensure a positive outcome?

Could you have waited for a more opportune time?
Maybe something as simple as pretending to be a postal employee and asking for a package left there by mistake and arresting him then.
Deliver fake package to his address the day before and then walking up to the house to ask if they could have it back so they could redeliver it to the correct address.
Use more creative scenarios to let their guard down and arrest them when they least expect it or at least maybe gain more intelligence on them.
Also not publishing any of the deceptions you use successfully.

Do what a suspect would never imagine someone doing to arrest them.

Be creative and never stop thinking of what could be done to better officer safety!
Last edited: Feb 21, 2021

Tons of scenes of planning (and executing) warrants
in episodes of Boston's Finest. They were doing them in both
a fugitive warrant(sp?) squad, and a gang squad,

And then there are 21 armored agents coming in the middle of the night for Roger Stone
.

There was a good movie with Ronny Cox, Bruce Greenwood, and Michael Gross about the ‘86 incident.
N

How many dogs does a FBI agent have to shoot to earn his pistol expert rating?

nutsym16 said:
How many dogs does a FBI agent have to shoot to earn his pistol expert rating?
Click to expand...

Not sure on the expert rating...for master rank you need to shoot one dog, one boy and an unarmed woman holding a child .