Who's opened up their pool?

My 1st year with a pool. Came with my new place. Above ground, 30' diameter.

Neighbors kids all showed up today and were in the pool til sunset.

huh? people still have pools in their yards?

Mine came down this spring after 22 years. The grass planted where it was is almost ready to mow.

greencobra said:
huh? people still have pools in their yards?
Click to expand...

Yeah, it was here when we moved in 32 years ago. In ground. Surprised it has lasted this long as it was installed in '75... The wife loves it. guess who does all the work?

Don't open mine till schools out.
Not worth the hassle or time until then. Gets closed up first week of September too
R

Love our pool. We use it constantly with family and friends. I don’t find it a lot of work to be honest.

rosco61 said:
Love our pool. We use it constantly with family and friends. I don’t find it a lot of work to be honest.
Click to expand...

Agree...and what time/money I put into the pool, ,my kids get 10X back in enjoyment.

My pools been opened for weeks. First day water was 60 and my kids and friends were in it for over 20 minutes. They didn’t care, the just wanted to swim.

Headed to Seasonal today in Foxboro to get parts for our aquabot. One you take the pool cleaning/vacuuming out of the mix, keeping one is much less of a pain in the ass. Ours is open, but needs to have the bot do it's job and clear up the bottom some

Ours is open but haven’t let kids in yet. Ladder flanges were beat up and they were a pita to find, but I got the right parts! Just grew lots of grass around the pool so I don’t want kids messing it up, first mow will be tomorrow...

Next weekend. Waiting for all the green shit to fall off the trees

Hooked most of it up, except the pump itself. Those have some sort of "nutserts" that have rusted out in the base, where the pump bolts down. I am thinking I may need to drill them out and put toggle bolts, then just drop the toggle part out the bottom every Fall when I remove the pump. Pump is going strong, but some of the base bracket is also rusting out. Once that is done, I will put in the last 6 inches of water (thousand gallons?). Been slowly filling over the past two weeks. Having a well, I don't want to run the well pump too much, even though the test when we bought it was to run for something like 48 hours straight!

Oh, about 61 degrees. Yes, I added some liquid chlorine and have already jumped in after mowing.

opening ours this week, I love having an in ground pool.
got a pool bot about 7 years ago, now maintenance is a piece of cake.
A

What is this opening / closing a pool thing of which you speak? 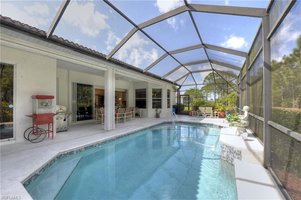 rosco61 said:
Love our pool. We use it constantly with family and friends. I don’t find it a lot of work to be honest.
Click to expand...


On its way to filling tonight
R

Nope I don't live on a farm with any horses or a Farm! That's a load of work I would only care to imagine. Our pool is not large making it easier to maintain as well. 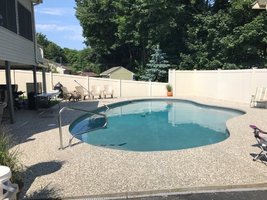 Working on it; my son, mostly.

Fighting the chemistry; pump motor is constantly tripping out from thermal overload. Ordered a new plug&chug motor for $130

It gets less use, now that the kids are grown, but when they were little, and I was a stay-at-home dad, I read the entire Master & Commander series one summer. When he went back to school, my older boy's blonde hair had partially turned green!

Ya but only this week, I am back in NH late Friday night.... I won't be back until the last weekend in July for 3 days...

But for those of you in New England, I bet you never found an alligator in your pool.. there is a trade off.

I enjoy the maintaining it, vacuuming est is a bit of zen for me, good stick and music
Possible hydration also

Just came in from vacuuming the pool. It is very relaxing. The white noise of the pump and water, the cool water below, the silence of the back yard. Gimme more.

Can't wait to swim. Jumped in once so far. 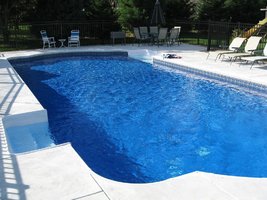 appraiser said:
But for those of you in New England, I bet you never found an alligator in your pool.. there is a trade off.
Click to expand...

No Gators, but there have been many many Cougars...

Just another day in Paradise .. an alligator got in my neighbors pool

Just waiting for chems to stabalize and water to warm up a bit. Will vacuum in the AM.

Opened mine on Memorial Day weekend (above ground 24x16, right off of the deck). I work from home so I use mine a lot and find it worth the little amount of daily work to keep it happy.
I have a frog system to automatically add chlorine and minerals. I add a little PH+ once a week, skim once a day and vacuum once a week. Temp is at 74 degrees as of today, I put a solar blanket on it at night.
in the summer we swim 1-2 times a day.
W

fencer said:
No Gators, but there have been many many Cougars...
Click to expand...