What is the worst disaster New England has faced?

As I try to teach my family about survival and prepping, I find it helpful to refer to real world disasters as a "learn from the past" technique. I say to them, "If the Blizzard of '78 were to hit again today, would we be equipped to handle it? What would we do?"

Unfortunately we've only lived in the area for about a decade, so we don't have a lot of experience to draw from. For those of you who are more experienced New Englanders, can you give me a few examples of some of the more challenging NE disasters? What were the realities, how long was power out, how long were shops closed or roads impassable, etc, etc.

Location
Just about the middle of NH

More recently, the floods.
A bit farther back, the Ice storm of 1998. Some folks in northern Maine were stranded for weeks.
Before that, the blizzard of 78.

Um...I'd say it would be regional within New England, as some areas get nasty floods from time to time, like my family did in Winchester, MA. About two years ago or so there was a major ice storm which knocked out power for three days in Massachusetts.

Yes we would be MUCH better prepared to handle a blizzard like 78 today.
Everything went wrong.
Terrible timing.
No real warning. No one was prepared.
Most cars were rear 2wd sedans that couldn't handle significant snow accumulation.
It was a real mess.

2008 ice storm was the worst. Many people lost power for several days or at least a week, Some people were without power for over a month, pipes, houses, and shitloads of trees were destroyed.

Blizzard of 78 was real bad. There were highways full of abandoned cars, roads were impassable for days. It didn't have the power loss problems that the Ice storm had however. Hurricane Gloria was also up there as well as the 1953 tornado that hit Worcester and surrounding towns. The tornado probably caused the most death.

All the above were really bad but the hurricaine of '38 did damage you can still see in places today.

What everyone in New England should be prepared for is a storm that could render you without power or a means to bug out for a week.

My grandmother talked of the 1938 Hurricane - and she never liked the wind again, said she couldn't live at my house as it's too windy (top of a hill).

Blizzard of 1978 - no power for over a week and the roads weren't plowed for almost that long. We bugged out to my grandmothers house - 1/4 mile down the street (the next house).

Ice Storm of 2008 - we lost power for only 3 days, my grandmother lost it for 5 days. She wouldn't leave her house, so I had to go over regularly and bring gas and service the generator (12 miles each way).

drgrant said:
2008 ice storm was the worst. Many people lost power for several days or at least a week, Some people were without power for over a month, pipes, houses, and shitloads of trees were destroyed.

Wasn't alive in '78, but know that safety protocols etc were not what they were back then, so from stories I heard, I'd say you are right. I know people that lost power for a month, it was a good year for generator sales. (not the portable kind either)

Location
Up S*** Creek without a paddle 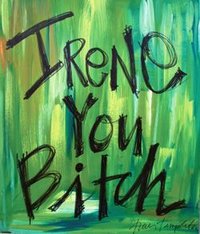 ETA: I had relatives that were stranded for almost two weeks; no passable roads in or out of town. Power was out for about a week.
Last edited: Sep 24, 2013
N

the one that we can't predict.

who the hell thought that Irene would be so destructive? I live in a built-up area, and was off the grid for 5 days.

Plan for a general off-the-grid period of time. Light, power, heat, food, water. If a tornado eats your house, all preps are pointless; if a hurricane/blizzard/power outage hits you, you have a base of preps.

Location
West of the 495

The great molasses spill of 1919? many people died and even more got hurt.

Depends who you ask and where they live. Irene was no joke. It was like a headline you would read about from India where entire villages were washed away. Water treatment, roads, electricity, the entire infrastructure for some towns just vanished. It is a great benchmark for contingency planning, at least 30 days food and water and an off-road vehicle. The only way to check on people was to use old logging and fire roads that didn't border any river systems.

The 2011 halloween nor'easter was the luke warm, western mass version of the 1978 blizzard. I was out of power for ten days, phones down, even cell towers went down. After the first 5 days I was out of water and fed up with brewing coffee on the grill. So I packed up the animals and went to family in VT to escape Massachusetts weather.

In recent years I would say the 2008 ice storm.

Overall, in my lifetime the 1978 blizzard.

Blizzard of 1898. Altered the course of two rivers, closed the outlet of that floodplain and punched a new one between Scituate and Marshfield. Severed Hummarock from Scituate in the process.
It also sank the ferry SS Portland, Portland Gale - Wikipedia, the free encyclopedia
I'd have to second the Hurricane of 1938... AFAIK, it blew up the Concord river valley and did damage at least as far north as Loudon NH. Felled trees were dumped in ponds and lakes just to get them out of the way - A friend of my aunt built an entire house on Clough Pond (Loudon) with the wood salvaged from that pond, from that storm.

We don't get it often but fire!

The fires swept through the forests, and moved with the wind toward the ocean. In addition to Waterboro and Shapleigh, the towns of Alfred, Lyman, Newfield, Kennebunk, Kennebunkport, North Kennebunkport (now Arundel), Dayton, Wells, and the cities of Biddeford and Saco were devastated by fire.
Click to expand...

I had a great time during the blizzard of 78. I never lost power and had a poker game running at my house pretty much 24/7 for four days straight. There was a little package store right down the street where the owner lived over the store, He was open all week. By day two, He was selling staples like milk, bread, tuna, peanut butter, right along side the liquor and cigarettes.
Thank God, because without Him, We would have been screwed.

7.62x39 said:
I had a great time during the blizzard of 78. I never lost power and had a poker game running at my house pretty much 24/7 for four days straight. There was a little package store right down the street where the owner lived over the store, He was open all week. By day two, He was selling staples like milk, bread, tuna, peanut butter, right along side the liquor and cigarettes.
Thank God, because without Him, We would have been screwed.
Click to expand...

My siblings and I were adolescents, my dad was stuck in the city, and my mom punched out a national guardsman who tried to tell her she could not get to the market to restock on food.
Srsly, right cross, knocked him right the F out. Mom was (and remains) a big, strong-willed beee-otch.

Don't get earthquakes very often, but the potential is there!

As others have said, hurricanes and blizzards are most common. Biggest issue for most is loss of power.

If you are prepared for 2 weeks without power your doing better than 99.9% of your neighbors and should be in pretty good shape.

In the winter don't forget to have emergency preps in your car. Many people got stranded for days on roads during the Blizzard of '78. Food, winter clothing, blanket, water, etc etc.

Also a good idea to never let your gas tank get to less than half full (or half empty depending on which way you want to look at it).

I thought this was another "liberals!" jab until I saw "lyme disease".

When I moved to ME I looked at what the worst disaster was at that time. It was the 98 Ice Storm. SOme folks were without power for 3 weeks. Now admittedly they were on the ends of lines but still no fun. That is what I prepped for. 3 weeks without any outside assistance. Since moving up here 36 hours is the most I have ever lost power.

I take a lot of the earlier storms like 78, 38 etc with a grain of salt. They were horrible storms for their time but with better forecasting, improved emergency response capabilities, etc, we are in better shape now.

Don't forget Sandy. She messed a lot of stuff up. If you are looking for a specific recent example that is what I would use. Irene messed up VT pretty good as well.

Local flooding has happened throughout NE in the last few years. Got alternate routes?

Without getting into the various grid down scenarios. 2 weeks worth of supplies and a solid way to provide alternate heat will get you through just about anything weatherwise in NE.

Kid Presentable said:
The great molasses spill of 1919? many people died and even more got hurt.

Beat me to it.

The summer that never came 1816

Sandy was pretty bad just a bit south of us. I have friends in Hoboken who were stranded for almost two weeks in their apartment. They were evacuated by boat.

still evident today. All the trees in Kennebunk and Wells are young compared to the trees you see down here. Hardly any old growth to be found.


knoxy said:
We don't get it often but fire!

Great Fires of 1947 - Wikipedia, the free encyclopedia
Click to expand...

Hurricane Donna (catagory 5) whacked NE pretty good. I was only 8 years old at the time, but I remember it vividly.

The New England Hurricane of 1938 (or Great New England Hurricane, Yankee Clipper, Long Island Express, or simply the Great Hurricane of 1938) was the first major hurricane to strike New England since 1869. The storm formed near the coast of Africa in September of the 1938 Atlantic hurricane season, becoming a Category 5 hurricane on the Saffir-Simpson Hurricane Scale before making landfall as a Category 3 hurricane[1] on Long Island on September 21. The hurricane was estimated to have killed between 682 and 800 people,[2] damaged or destroyed over 57,000 homes, and caused property losses estimated at US$306 million ($4.7 billion in 2013).[3] Even as late as 1951, damaged trees and buildings were still seen in the affected areas.[4] It remains the most powerful and deadliest hurricane in recent New England history, eclipsed in landfall intensity perhaps only by the Great Colonial Hurricane of 1635. In 2012 Hurricane Sandy did far more property damage in terms of dollars (despite its lower intensity at landfall); however, the 1938 storm still stands as the second costliest storm to strike New England.
Click to expand...

saltydude said:
Yes we would be MUCH better prepared to handle a blizzard like 78 today.
Everything went wrong.
Terrible timing.
No real warning. No one was prepared.
Most cars were rear 2wd sedans that couldn't handle significant snow accumulation.
It was a real mess.

Just a few things that came to mind.
Click to expand...

What’s the worst that could happen if I fire up my wood stove that hasn’t been cleaned or inspected?
2 3

I had use the generator for the first time!
2 3

9/24/22 Article "Billionaire bunkers: How the world’s wealthiest are paying to escape reality"

Dangerous Things are Dangerous: The Importance of Medical Training