What did you do to your firearm today.

andrew1220 said:
Very nice. I've thought about getting a NiB BCG but have yet to pull the trigger. Do any places sell just the carrier without the bolt?? I've got a nice LMT bolt that I would want to keep.
Click to expand...

Yes I've seen carriers minus bolts, but not Aero (ballistic advantage does sell what i assume are Aero bolts though minus carriers)...

Not sure I think its a great idea to mess with such for no good reason though. If you run into a tolerance stacking issue for instance - ie no good way to know timing is exactly the same on an Aero versus LMT bolt/carrier. It should be but 99.9% of the time these things remain a matched set.

I am trying to remove a stripped screw from a Gen4 G17 with a Vortex Viper. I am replacing it with a Venom that just arrived in the mail. Time to drill it out and remove it I guess.

Ordered a Nightforce C610 today. Picked up an Aimpoint Comp M4s while at the store. Expensive day today.

I gave them all a nice massage with Ballistol.

Some fresh paint on my main AR. Looking forward to wearing it down. 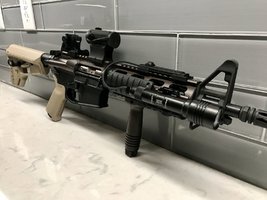 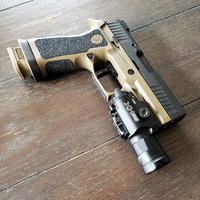 i wished i had this in my collection.... 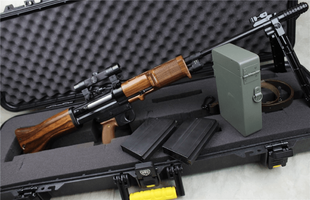 Did some engraving on a hunk of steel. Not 'today' but...
View: https://imgur.com/HrUODeC 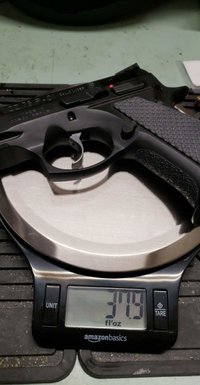 Played around with a few configurations to see if my new CZ could get under the 38 oz ccp limit.

Its an IDPA thing 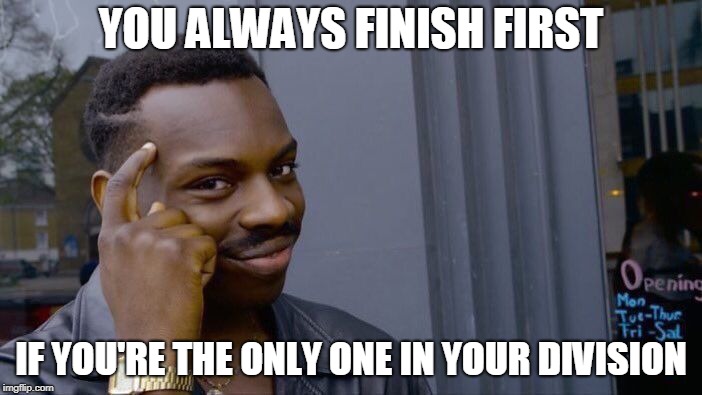 Added a polymer flat trigger to the 19C 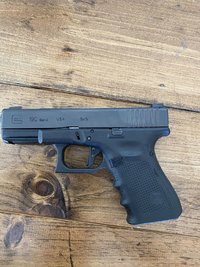 Put away the P365 because it made me sad. Had a malfunction where the mag follower got stuck after 7 shots. Smacked the mag a couple of times to get it unstuck. Also had a squib with winchester pdx-1 and bullet was stuck in the barrel. Back to carrying a glock 26 for now.

When weighed each was loaded and in similar Alpha Concealment "Prometheus" kydex IWB holsters.

I carried my HK P30SK in an OWB holster all winter, but when I wanted to shift to IWB in the spring my wife had adopted my Sig P365.

I decided to try carrying a pistol that I usually would not carry in spring/summer clothing, the VP9.
So I have been carrying the VP9 for a couple months now and it really is an easy and fairly discrete tote thanks to the Alpha holster which is very form fitting to the pistol, not a lot of excess material.

But I was thinking of moving to the G30 for a while, just because I occasionally like to justify owning it, and wondered what the difference was to the VP9.

P.S.> Wife announced this morning that I could reclaim my P365 as she was switching to her P938 with her summer corset (holster) and trigger guard.

4.8oz difference seems negligible especially when you're going to .45 from 9mm.

Dropped my x95 off today for a new muzzle brake to be pinned. 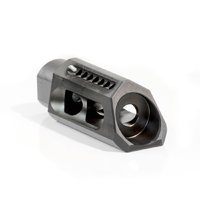 I installed SRT kits into two of my Sigs over the last week.

Got some time in with my Sig 522 while in Northern Vermont. 

Soundwave said:
4.8oz difference seems negligible especially when you're going to .45 from 9mm.
Click to expand...

It is actually a 2.3 oz difference, which makes your point even more valid. But there is another consideration the G30 is a "compact" pistol with a short grip but it loads out heavier (and slightly wider) than the full size VP9 -- that is a bit counterintuitive.
Anyway switched to the G30 for a while.


Soundwave said:
Dropped my x95 off today for a new muzzle brake to be pinned.
View attachment 366601
Click to expand...

Is that a Yankee Hill Machine Slant Brake/Comp (YHM-26) you have got there? 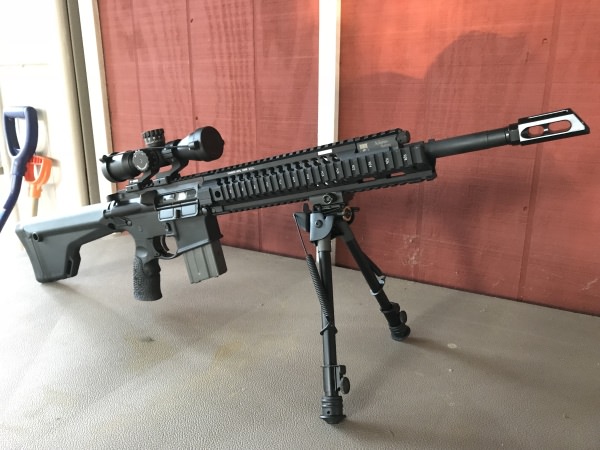 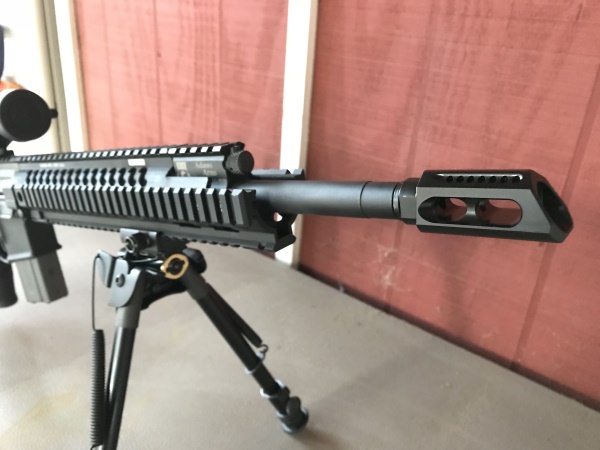 I've had this Russian commercial Makarov for a while and the finish on it was crummy. Last week I ordered a can of Brownells Aluma-Hyde II Dark Parkerizing Gray and it arrived last night. This morning I cleaned and hung all the exposed parts on the gun and sprayed them. It looks pretty good. I think I'll wait the recommended two weeks cure time and put a second coat on them. I rarely shoot this gun because, well it's a friggin .380 Makarov. Too much gun for such a diminutive caliber but it shoots sweet and runs on anything. Might as well make it look nicer for the 2 times a year it comes out of the safe. 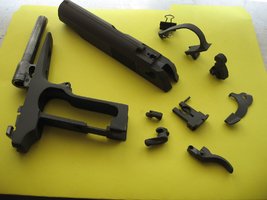 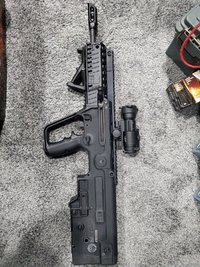 @CatSnoutSoup Not a fancy photo and I haven't even shot it yet. But finally got the YHM slant muzzle brake installed.
Last edited: Jul 8, 2020
D

SIGaddict said:
Got some time in with my Sig 522 while in Northern Vermont. 
Click to expand...

how far can you push it out up there?

If I decide to play with the big boys, I picked up a TS 40 slide for my TSO. 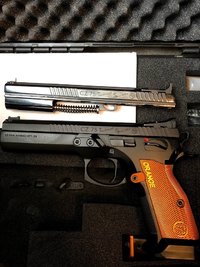 My new Ruger wrangler just didn't seem quite right with the plastic grips. It needed some nice wood ones. I think it looks like what a wrangler should look like... 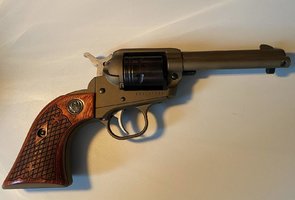 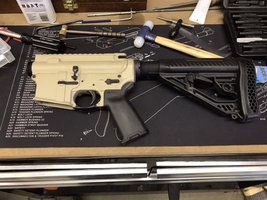 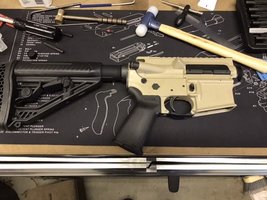 Finally picked up my frame from Lou at BEC. I should have done the stippling sooner. Obviously he did the stippling, undercut and removed the finger grooves. I opted to leave the groove for the backstraps as well just in case I wanted to use them. 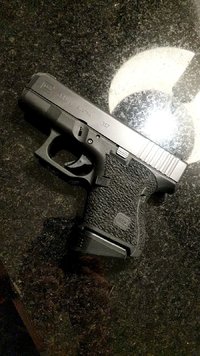 @84ta406 What was the overall timeframe to have that done?

I dropped it off with him and he was done with it pretty much same day but then Covid locked things down and I didn't make it out there until recently. I was in no rush.

10mm reloading case failure. What could cause this?
2