Broccoli Iglesias said:
It would be like the lake created by the 3 Gorges dam. The weight slows the rotation of the earth.
At least that is what a documentary said.
Click to expand...

The Cohasset Police Department and the state police bomb squad responded to a home on Jerusalem Road after a contractor found more than 150 pounds of old ammunition for shotguns, rifles and handguns. 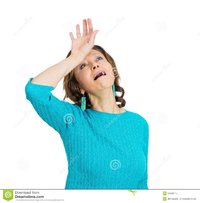 The drama queens of Massachusetts. That over blown response is a result of abject ignorance bordering on criminality.
Last edited: Oct 9, 2020

Dadstoys said:
The bomb squad ?
Really ?
Overreact much ?
Good thing there wasn't a pack of firecrackers around , it might have led to a mass evacuation of a ten mile area.
Click to expand...

If the rounds were covered in glue, we know who it is.

Lol. The joke is its condition... and that it's on sale like that in the NES Classifieds...

jaypap said:
Sounds like they have to blow something up to justify their jobs
Click to expand...

must be a few old timers on the bomb squad and remembered how they where taught to dispose of old ammo in the boy scouts........ Burn it.
Im actually surprised they covered it with sand, IF by some freak of nature those thousands of rounds covered with sand could create excessive pressure and danger!!!!

If the rounds were covered in glue, we know who it is.
Click to expand...