Former NBC chairman Bob Wright, a longtime friend and associate of President Trump’s, has briefed top officials, including the president, the vice president and Ivanka Trump, on a proposal to create a new research arm called the Health Advanced Research Projects Agency (HARPA) to come up with out-of-the-box ways to tackle health problems, much like the Defense Advanced Research Projects Agency (DARPA) does for the military, according to several people who have been briefed.

After the recent shootings in El Paso and Dayton, Ohio, Ivanka Trump asked those advocating for the new agency whether it could produce new approaches to stopping mass shootings, said one person familiar with the conversations who spoke on the condition of anonymity because they were not authorized to discuss them.

Advisers to Wright quickly pulled together a three-page proposal — called SAFEHOME for Stopping Aberrant Fatal Events by Helping Overcome Mental Extremes — which calls for exploring whether technology including phones and smartwatches can be used to detect when mentally ill people are about to turn violent.

One of the common paranoid delusions that schizophrenics experience is that the government is spying on them through their electronic devices.

Maybe they are not crazy after all.


Trump must reject dystopian plan to spy on the mentally ill

Should we spy on the mentally ill? Of course not. But in the aftermath of tragedy, level-headed policymaking often goes out the window.


Unfortunately, this is currently the case in President Trump’s White House. In the wake of several recent mass shootings, the Trump administration is grasping at straws trying to come up with a solution to gun violence that may just not exist.

According to the Washington Post, “The White House is considering a controversial proposal to study whether mass shootings could be prevented by monitoring mentally ill people for small changes that might foretell violence.”

Trump must reject dystopian plan to spy on the mentally ill


If you are a 2A extremist, that is considered a mental illness and you will be watched!

If you use encrypted apps for email or other comms, you will be labeled as paranoid and you will be watched! 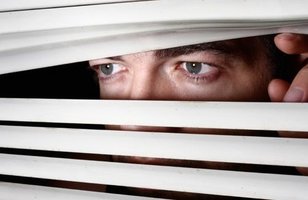 We're all already being watched to some extent 24/7, we don't need another gov agency to be created to do what numerous others are already doing.

Pretty sure this has already been outed as fake. Think about it. Trump hates Amazon and Google. Yet is going to allow them to monitor people? Seriously??? If it's a Trumpism, it's a total troll. Because even your most gun-hating Lib is NOT going to want government monitoring of their smart-devices.

Reptile said:
One of the common paranoid delusions that schizophrenics experience is that the government is spying on them through their electronic devices.

Maybe they are not crazy after all.
Click to expand...

I know they really are crazy.

Consider the following technology that would make the life of a paranoid schizophrenic difficult...

Dental fillings that receive radio transmissions. If you determine the frequency and have a transmitter that covers that band you can send him messages.

Smart speakers like Alexa record what is going on in your house and can legally be used against you.

On social media, celebrities can send you messages.

Apps can track your location and even record your phone calls.

Cameras and microphones are small enough to go anywhere.

People on social media can be persecuted until suicide if they are deemed a pariah by trolls.

Sensitive people can be egged on by trolls in Internet forums to commit violence. Islamic extremists recruit the mentally ill to be suicide bombers.

I think if mentally ill people were stigmatized by surveillance they might act out because they would be treated like criminals.

Criminologists say that when young people are treated like criminals, they can become criminals. In urban areas that is how they are expected to behave.

Reptile said:
Consider the following technology that would make the life of a paranoid schizophrenic difficult...

Dental fillings that receive radio transmissions. If you determine the frequency and have a transmitter that covers that band you can send him messages.
Click to expand...

If that right there isn't a Mission Impossible plot
(drive one of Their dictators insane)
I missed my calling.

It's a fad just like when you would see a movie when you were a kid,and everyone had to have,and be what the main character was.Even today how many people had to go out,and buy
a gun like John Wick? One person shoots up a bunch of people then you see the copy cat syndrome.Next year it might be rock throwing,and if so I would really like to know how the
f^*k there going to ban that.
You must log in or register to reply here.
Share:
Twitter Reddit Link