To all Tower owners in the Amateur Radio Community – a must read! K1JGA and K1EEE tower tragedy

I am posting this here as a reminder to those on NES that are also Amateur Radio Enthusiasts as a safety warning. The 2 Ham Radio operators (1 Deceased / 1 Seriously Injured) mentioned below lived local and are a part of the Team that run the NH Near-Fest.

To all Tower owners in the Amateur Radio Community – a must read!

Many old timers in the hobby that own a tower, perhaps in the air for 20, 30, 40 or 50 years, need to take this article seriously as it could provide life saving information to you and your ground crew. This is a cautionary article for all that have a tower no matter how long its been the air. What occurred at a NH amateur station recently provides a lesson for all of us tower owners. Although the article speaks to a Rohn 25 guyed tower product, it could be prove helpful to others.

A crew of amateurs gathered at the home of K1EEE to take down two 40 ft. Rohn 25 towers. The details of the tower which collapsed and its failure is provided below. It was a very unfortunate accident which took the life of Joe G. Areyzaga, K1JGA. The owner of the tower, K1EEE suffered multiple injuries but did survive. We all in the amateur radio community extend our prayers and condolences to the families affected by this tragic event.

One of two forty foot (40 ft.) Rohn 25 towers, with one set of guys at the 35 ft level was to be taken down. The base was the BPH 25 hinge plate on a concrete pad of unknown depth. This used tower had only been up 3 years.

NOTE: Following the accident, the owner learned one leg of the hinge plate had been previously repaired but the material used was not galvanized.

With the reasonable expectation the tower would support itself to 40 ft, the guy wires were disconnected from the anchors and the top section was to be removed. The top section to be removed had a rotor shelf and one torque assembly mounted at the 35 ft. level along with the three guy wires. The gin pole had not been raised at that point. The antenna, mast and rotor were previously removed.

At the time of the initial install, the tower was self supported to 40 ft until the first set of guys were attached per Rohn specifications. That may have been the case then, but after many years of exposure to the elements, one can no longer expect the same!

Prior to the start of the tower take down, the tower was thoroughly inspected and found to be in acceptable condition. The base was dry and free of any water. No obvious problems were found.

The general reason for this tower collapse was corrosion at the junction of the hinged base short legs (one leg previously repaired and welded as noted above) and the bottom of the lowest Rohn 25 section occurred primarily from the outside and some inside as well and thus weakened the structure. The first point of failure was the repaired and non-galvanized short leg of the hinge plate. When the guys were removed from their anchor points (necessary to remove the top section), the tower was free standing with the two climbers at 35 ft. It's clear that the tower deflection from the vertical was extreme enough to make the overturning force at the base (the bending moment) great enough to cause base failure.

The proper installation of the hinge bracket (BPH 25) requires mounting it on a flat concrete surface, secured with bolts placed in the concrete, surrounded by a beveled edge for water run off. Normally, all of the hardware associated with the hinge plate are galvanized and able to withstand the wear and tear of Mother nature. However this base was slightly recessed where the plate sat and there were some gaps under the plate. This created the opportunity for water or ground contaminants to collect. It is presumed the previously repaired short stubby leg of the bracket began to corrode while sitting in water. Years of this kind of exposure slowly weakened the metal. Subsequent movement by climbers at the top of the unguyed tower led to breakage at the base.

NOTE: Rohn towers are very high quality and generally last many, many years with proper installation and maintenance. It is a very popular tower in the amateur radio community. And where tower sections join, they typically show little wear as water drainage occurs easily and there is a limited chance for collecting contaminants and held for long periods of time. Or where tower materials come in contact with the earth, the normal galvanizing process is more than adequate for a long lifetime. But what is noted here is areas that are in contact with the ground or areas such as the repaired leg of the bracket that can accumulate harmful materials and therefore become a danger over time. Clearly there are areas on a tower that are difficult to inspect however, the Rohn design usually lends itself to high levels of confidence that these blind areas are within acceptable standards if installed per the manufacturers specifications.
Last edited: Oct 1, 2019

When dealing with unknown tower installations that require removal, it is absolutely critical to err on the side of extreme caution. The technique described below is one approach and a simple one to help safe guard all involved.

A suggested safety procedure that should be applied during any tower take down of this type is attaching a set of additional guy wires at either the 10 or 20 ft. level prior to any work on the tower. By applying a set of guys near the base, further stabilization of the tower base can be achieved. Using this added set of guy wires reduce stress on the legs (twisting, flexing, bending) and prevent breakage at the very bottom of the section just above the concrete surface or surrounding areas. Then what would remain after the tower is taken down to the Safety Guy set becomes very manageable (10 or 20 ft. to be lowered to the ground).

And in honor of our friend and now silent key, Joe, K1JGA, I am naming this important safety procedure the “JGA Safety Guy Technique” with the hopes all of us will not forget Joe but more importantly, keep us all safe while our old towers are taken down. In particular, towers that have been up for our entire ham career and its maintenance history may be questionable require special attention. Of course if the base shows significant deterioration, corrosion and breakage, the tower should NOT be climbed! It should be removed by other means (cut down if the landing area is open and clear or by crane or similar).

The suggested collection of material that comprises the JGA Safety Guy Technique include:

Three (3) lengths of unbroken or spliced guy wire (3/16 inch EHS or larger) longer than the lowest guy to be sure it is long enough (DO NOT USE ROPE!);

Guy Grips for each end of the guy wire;

A come along at each guy anchor point for proper tensioning and;

A reliable heavy duty attachment device to connect to the existing anchor.

The attachment to the guy anchors should be done in a way that does not interfere with the existing guy anchor assembly (turnbuckles, etc.). If the JGA Safety Guy kit is to be used in multiple tower take downs of varying heights, use of the Guy Grips will allow full flexibility of locating the attach points where they are needed, without cutting cable. Just make the cable length longer than you might need to give you enough head room. One further consideration: Rather than just use this technique near the ground, consider always using it no less than 10 ft. below where you may be working I.E. erecting or dismantling a tower, place the JGA kit 10 ft. below the location you are either installing or removing the next section. Therefore, the guy lengths need to be approximately the same length as the longest guy (upper guy). This will assure maximum safety. With the guy grips, it is easy to relocate them, as you adjust the length of the temporary guy at each point on the tower.

As part of your annual maintenance plan, include keeping the base free of debris, dirt, trees, plants etc. to protect this area from any long term damage. Consider making one of these JGA Safety Guy kits for your club to be used as necessary.

Best to use the JGA Safety Guy Technique and find the tower base was just fine, than not use it and suffer a similar situation or worse! Stay safe!

It is reported that the failure was related to water accumulation in two of the 3 legs a few feet up from the concrete base. These two legs were sheared off and the 3rd leg was bent. At the top of the water line inside the leg is where it must have been weakened (assuming rust) and failed when the tower flexed with the weight of two climbers when the last set of guys were removed - they were nearly done taking down the tower. It must not have been easily seen and a blind failure point. This is why it is critical to make sure the legs can drain water - typically the bottom of the tower is set deep into gravel to keep from being blocked by any concrete or debris. (Only when a regular or base tower section is buried in concrete) I think in this case, the base was a tilt over base plate that must have had poor (or no) drainage and filled up, weakening the leg from the inside.

Ham radio operator killed when tower he was dismantling collapses

A ham radio enthusiast who took care of Manchester's public school grounds for 20 years was killed over the weekend when a radio tower he and a friend were dismantling collapsed.

Joe Areyzaga, of Goffstown, was known to his fellow ham radio enthusiasts by his call sign, K1JGA. They said he was a good friend, loving husband and father to six. 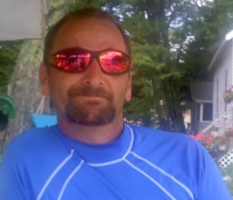 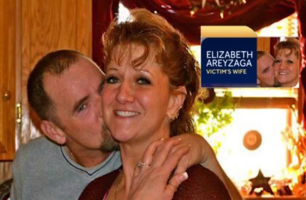 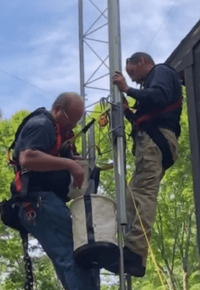 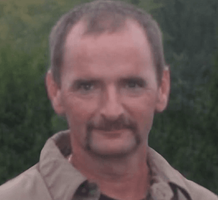 A
How "Private" Are Radio Communications Now? What's is FCC Planning for the Future?

Next Court Action in Line for AWs and Magazines
2

Better to Have a Right and Not Exercise it …

E
[crossposted from thedonald.win] READ THIS: Antifa are using radios, and this is how you can assist in exposing them.
2