SpaceCritter said:
The whole follow-the-leader, monkey-see-monkey-do thing is one of you humans' least endearing qualities.
Click to expand...

Committee on the Judiciary (Ranking Member, 115th Congress) Subcommittee on Crime and Terrorism. ...

Committee on Rules and Administration.

and America is outraged with the NBA?

SASSE, CRUZ, AOC, OTHERS IN CONGRESS SEND BIPARTISAN LETTER TO NBA: Stop Kissing China’s Ass And Suspend Your Operations There For Now. “You have to screw up awfully badly in America 2019 to forge a coalition of critics that includes Ted Cruz, Ben Sasse, Tom Cotton, Ron Wyden, and Alexandria Ocasio-Cortez, especially at a moment when Democrats and Republicans are at each other’s throats over impeachment. Congrats to the NBA for pulling it off with their fulsome Chinese bootlicking.” -Edward Driscoll

The DemoRat Party is in a panic and very desperate.

Fake polls every day by the fake news media but they will never post this true and real poll.

220,000 people mostly DemoRats responded to Donna Brazil's twitter
poll asking if Trump’s ‘a legitimate president’ and it backfired on the
DemoRats big time....LOL

In what is being called a "press marathon," Ukrainian President Volodymyr Zelenskiy is answering questions from groups of 7-10 journalists for 30 minutes each at a food court in Kyiv. It's now in its fifth hours and here are some of the highlights thus far:

-- Zelenskiy says there was "no blackmail" in the phone call with U.S. President Donald Trump that is the center of a congressional impeachment inquiry.

-- Zelenskiy says he only learned after the July 25 call that Washington had blocked millions of dollars of military aid to Ukraine.

-- Zelenskiy said he had "several calls" with Trump, but bristled at repeated questions about their relationship. "We are an independent country, we have relations with many countries," not just the U.S., he said.

-- The Ukrainian president said he would be ready to jointly open a probe into any possible Ukrainian interference in the 2016 U.S. presidential election and into the Burisma gas company, which had a son of Joe Biden on board.

-- Zelenskiy said he was ready to discuss fate of PrivatBank with its former owner Ihor Kolomoyskiy, but stressed he would defend the interests of the state.
Last edited: Oct 10, 2019

mibro said:
Yup. Hilarious. My wife said this to me THIS MORNING. How Trump is abandoning the Kurds by pulling out of Syria.

I would ask her which Kurds? Those living in Turkey already? They are also from Syria and they want to go home.
F

Are the Dems panicked or merely giddy with excitement knowing that their election fraud machine is invincible?

I urge all NES members to volunteer to be poll workers in some capacity. We need as many honest people as we can get to help keep each and every polling station honest.
F 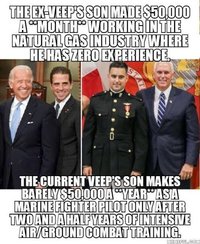 
Vote these people back in office and you can kiss this Country GOODBYE...

CANT WAIT TILL THE LIBS START EATING EACH OTHER lol!

Gas Prices Nearly $6 Per Gallons At Some Stations In LA

LOS ANGELES - As gas prices reached its highest level in the state of California since 2015, some Los Angeles area gas stations are charging more than $5 a gallon.

The average price of a gallon of self-serve regular gasoline in Los Angeles County was $4.25 on Wednesday, according to figures from the AAA and Oil Price Information Service. The average price is 4.5 cents higher than one week ago, 57.6 cents more than one month ago and 37.1 cents greater than one year ago. It has also risen 86.4 cents since the start of the year.

The Authorized Map of the People's Republic of China...

namedpipes said:
You consider being in your 70's "a small kid"?!

How the hell old ARE you?!
Click to expand...

I guess I should have put the apostrophe in front of the numbers!

This is getting ugly folks lol
BREAKING

BREAKING NEWS: This email exchange between Ali Chalupa (Consultant for the DNC) and Luis Miranda (Comms Director for the DNC) dated 5/3/16, is one of many instances proving collusion between Ukrainian officials and DNC/Clinton campaign. 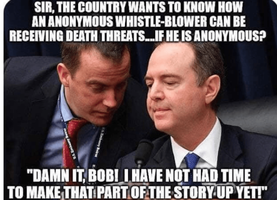 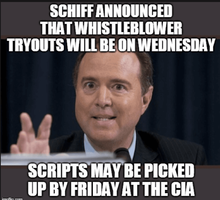 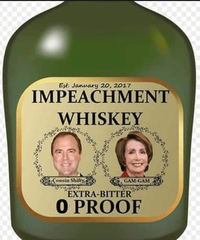 Bfatz said:
This is getting ugly folks lol
BREAKING

BREAKING NEWS: This email exchange between Ali Chalupa (Consultant for the DNC) and Luis Miranda (Comms Director for the DNC) dated 5/3/16, is one of many instances proving collusion between Ukrainian officials and DNC/Clinton campaign. 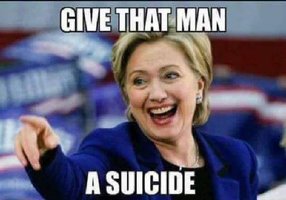 Corporate America going soft on the Chinese is definitely a smart move. There is nothing that warms the cockles of the American heart more than insanely wealthy c-suites coddling a country that spits on the Bill of Rights. This is a path to bipartisan popularity for Wall Street.
Americans also love to be lectured about the minutest of their personal, social, and political preferences while foreign oppressors get a total pass.

You are not waking the bear. This will be fine.

Don't think twice about the populist movements that have roiled American politics over the last decade. I'm sure they will never turn their attention to the various coastal billionaires profiting off the oppressive CCP regime. A+ work, crew. A+.

Sarcasm aside, the Houston Rockets should be more scared of the good people of Houston than the CCP. -Jay Cost
Click to expand...

MSM is blowing up.

Trump rally at Minneapolis is all pumped up. Fox News live now.


Two Giuliani Associates Who Helped Him on Ukraine Charged With Campaign-Finance Violations
Prosecutors say Lev Parnas and Igor Fruman were part of a conspiracy to funnel foreign money into U.S. elections

Watching it now.
Never gets old!

Taking the gloves off? HELL NO! Trump is throwing haymakers with brass knuckles on the podium tonight.


Two Giuliani Associates Who Helped Him on Ukraine Charged With Campaign-Finance Violations
Prosecutors say Lev Parnas and Igor Fruman were part of a conspiracy to funnel foreign money into U.S. elections
Click to expand...

I listened to it on Sirius while I was working, definitely one of his best rallys ever!
The replay is starting now on Fox News.
You must log in or register to reply here.
Share:
Twitter Reddit Link

TRUMP - Video of the Day MEGATHREAD
2