SHOW ME YOUR PISTOL CALIBER CARBINES POST THEM PICS

wmass said:
Very nice. I've been following them on FB and plan on grabbing one soon. Thinking of a 45 since I have 2 9mm’s on other platforms.
Click to expand...

If you go that route, suggest you also grab a 10mm kit from them, since the grip (not the serialized frame) is the same for 10mm and .45, and would just need a bolt and barrel swap (takes about a minute with practice)
M

Older picture below:
(will be replacing the grip & mag release with a magpul grip & magpul paddle. also upgraded to 35 round PSA mags (I'm in NH). and will be putting a smaller/shorter optic riser on it). 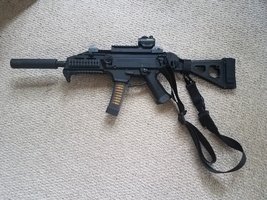 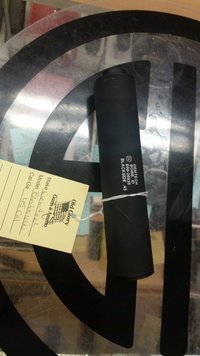 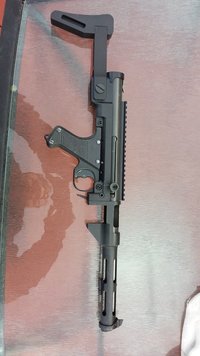 Whoa. What is that thing?

It almost looks like a sten gun and a tommy had a baby..

No, a Stemple Take Down Gun. Based on the Suomi and uses the same magazines. Back before May of 1986 John Stemple produced and registered a bunch of "tube receivers" with the ATF. J.R. Stemple Arms Company

Brian Pollard BRP Guns still has a bunch and builds several variants of the gun. My brother-in-law had no less than SIX of them in four different configs. One looked like a Tommy Gun, a couple looked just like a Finnish Suomi. Not many people can claim (especially in MA!) that they purchased a Machine Gun from their sister. I did.

The remainder of them went to Shooters Outpost if you want to buy one.

As Ferris Bueller said "If you have the means, I HIGHLY recommend it!"

Now this is a great thread bump. I purchased this pre-94 9mm from a fellow NESer and it’s fun to play with. I’ve since put a Vortex Spitfire 3x red dot on it. All original Colt parts: 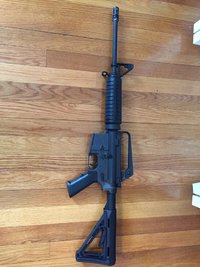 Of course it does I have my HK MP5K MG listed a few post back.

What? No love for Rifle Caliber Pistols...? 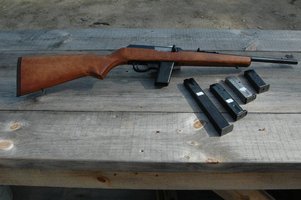 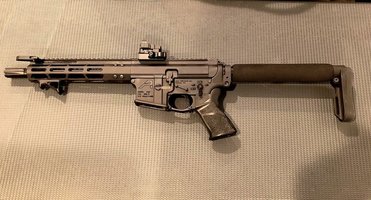