Location
counting flowers on the wall

Location
counting flowers on the wall 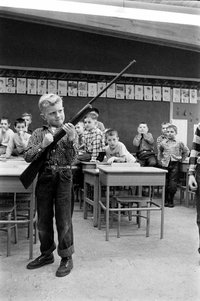 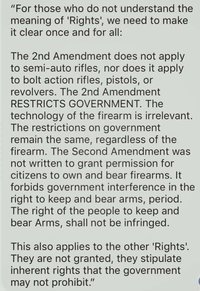 Such a beautiful distinction. The Constitution never granted you any rights. It enumerated your rights, naming and listing things that are yours by virtue of humanity, whether or not the government recognizes and respects them. Our government was established with laser focus on this distinction because they were reacting to a tyrannical government that ignored it, so they declared independence by arguing, "We hold these truths to be self-evident, that all men are created equal, that they are endowed by their Creator with certain unalienable Rights..."

Don't let ANYBODY deny your humanity because of their personal insecurity or political ambition.

That is the after sex talk

RumRunner said:
That is the after sex talk
Click to expand...

No this is new date say ANYTHING to get sex talk, the pillow talk is about the AR15 you have under your pillow.

Nugent and PRO 2A