Harry, who has been hunting since a young age sold his handmade rifle collection just before stepping down as a senior member of the Royal Family, to please animal-loving Meghan

Prince Harry has reportedly sold his shooting rifle collection thought to be worth around £50,000 in a bid to please wife, Meghan Markle.

The animal-loving duchess reportedly "doesn't like" hunting so husband Harry decided to quit the hobby.


A hunter reportedly bought a pair of the Purdey firearms five months ago, before the royal couple stepped down as senior members of the Royal Family, reports The Sun.

Meghan Markle is opposed to blood sports and even follows a vegan diet during the week – despite Harry partaking in the sport since he was a child.

A friend of the anonymous buyer said: "He bought them because he wanted them, not because they belonged to Harry, but he was quite chuffed when he found out.

"They are beautiful examples and he’s very pleased with them but he’s not the sort of person who wants to boast about the royal connection," according to The Sun.


Both Harry and brother William have been criticised in the past for their hunting habits, which they have maintained despite their extensive wildlife campaigning.

Last month, 86-year-old primatologist Dr Jane Goodall, a friend of Harry's, told the Radio Times she thinks the Duke will give up hunting.

She said Harry and William were champions of the natural world “except they hunt and shoot”.

Goodall said: “But I think Harry will stop because Meghan doesn’t like hunting, so I suspect that is over for him.”

Harry and William have regularly taken part in Boxing Day shoots at the Queen's Sandringham estate in Norfolk, which has led to criticism of the brothers.

A photo of Harry crouched over the body of a water buffalo he had shot dead during a hunting trip on his gap year in South America in 2004 emerged publicly ten years later.

This week it was revealed, the couple, who are now residing in the US is launching a new biography named Finding Freedom, which vows to unveil new details about the Duke and Duchess of Sussex following their dramatic royal exit.

he had no balls left to give, so he gave his rifle collection.
D

Isn't one of the benefits of less incest among royals that they can choose whom to marry? Wouldn't he discuss this pre-marriage? And for a member of the British royal family, £50,000 is a pretty pissant collection. A new Holland and Holland costs like $50,000 to $250,000, up to whatever the buyer wants. £50,000 would barely buy one H&H or a lower end Rigby. And that's not even including a royal provenance, that's just if one of us were to walk into one of H&H's showrooms and purchase a new gun.

Are we going to see a new member called "Harry W." asking for marriage advice soon and how to hide his guns from his wife?

Fair Question: "What is she giving up for him...?"

Sorry, there's no pussy worth losing your balls over.

Does he realize the whole world is laughing at him?

Pretty ridiculous situation if you ask me.

enbloc said:
Fair Question: "What is she giving up for him...?"
Click to expand...

What a "Royal" Cuck! Wonder if she ever lets him have his balls back.

Their biography coming out is titled "Finding Freedom". Evidently, not so much. 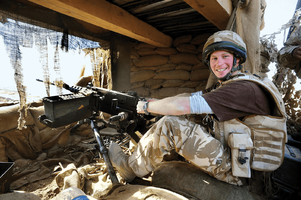 To think of it, this faggot could shoot any gun, any gun or artillery at will. Just go with "royal visit" to some military base and ask politely "can I make A10 go brrrrrr?" ... 90% people on here would let their dick cut in half to be in this position. Any gun, any ammo, any time. ... and he gave this shit for some washed up, aging thot. The words can not describe the depth of his fail.

harry and megan who?

only megan i know is that bird!

He is getting exactly what he deserves, and someone else got 2 really nice rifles.

Location
The “good” section of Lynn

His smallest rifle he gave up was his dick.

enbloc said:
Fair Question: "What is she giving up for him...?"
Click to expand...

It's a one sided marriage and he is too dumb to realize she's out to destroy every aspect of his life for her profit & amusement. I hope the Queen is alive for their divorce so she can have the skank whacked by MI6.
O

The little head tells the big head what to do. Perfect example. Jack.

Perfect example of why men need to understand, create and hold to their "TERMS".

Don't ever compromise your TERMS for a woman, EVER.

If you do, you will never be the man you were destined to be.

If they thought Dianna and Fergie were embarrassments to the Royal Family, they ain't seen nothin' yet.

one-eyed Jack said:
The little head tells the big head what to do. Perfect example. Jack.
Click to expand...

I guarantee you that there is no sex in that marriage, Rosy Palm is his only lover. He basically alienated everyone in his family, a lot of his fans and ended up with That. He is just clinging on what little he has left and that's not a lot.

His cuck father did the same thing! Maybe he really is Charley the Tampon's son, after all. Homosexuality runs rampant in the Royal Family.

He may give up his hunting rifle, but he will never give up the guns that constantly surround him and his wife for protection. The English nobility is a textbook case of guns for me but not for thee.

A few months ago they said that they wouldn't move to the US until Trump was out of office. That didn't seem to last long. Wish they would go back to merry old England and take the press with them. 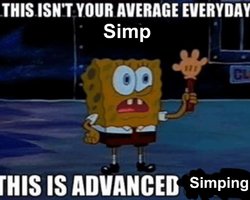 He willingly Canada’d! Nooooo baby what is you doing! 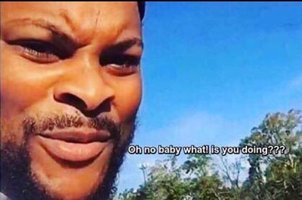 The kid was a fudd. He had a couple bird guns he gave up that he never used anyway. He wasnt a gun guy. And I dont think giving up a hobby he didnt do much of, to have sex with his wife, makes him a homosexual (as a couple above pointed out).

Thinking of adding an air rifle to my collection
2

Suggestions to add to collection?
2