Location : Middlesex County, will travel a reasonable distance to meet up

Description :
Due to the overwhelming interest in the last FAL I listed, I'm putting my other one up. I had planned on keeping this one given the quality of this particular one, but let's see where this goes.

This is an early serial number version of a Entreprise Arms L1A1, the British version of the FN FAL, also known as the SLR or Self-Loading Rifle. It is chambered in 7.62x51 NATO. It includes a Trilux L2A2 SUIT scope. These scopes have a fixed 4x magnification and, in my opinion, truly completes the look of an FAL. They are getting harder to find and the prices have been steadily climbing when models do present.

This is a great rifle in great condition, bearing only minor surface wear consistent with it's age. It is (I believe) built off of a British or Australian parts kit on an early Entreprise Arms receiver. As a Pre-94, it includes a flash hider and bayonet lug. As an L1A1 it uses Inch pattern FAL parts, and as such, it can use either Inch pattern or (with some fitting required or not) Metric Pattern Mags. As with every period Trilux scope, the tritium no longer glows due to it's age- these scopes were made in the 1970's-80's. This can either be replaced; or, as is more commonly done, you can replace it with an LED for fairly cheap. The tritium vial does have a small chip in the housing that does not affect functionality. If you did replace this with an LED, the damaged component would be discarded anyway. The scope still functions perfectly as a day scope, and the glass and reticle are both clear and distinct.

Entreprise receivers were manufactured in Buena Park, CA under a subcontractor prior to the Assault Weapons Ban of '94, either marked Buena Park, CA (Which was the machining subcontractor's location) or later Irwindale, CA (Entreprise's corporate office) with an additional contractors' marking "ABNI" on the receiver. Subsequent to the AWB, Entreprise changed contractors and post-ban receivers will not bear this mark from '94 until they went out of business. This is a very early 4 Digit Serial number presentation, which combined with a Buena Park receiver indicates it is one of the first 2500 ever made. Many resources, including our own here, will tell you the quality of machining done on the receivers in Buena Park was top notch- far better than subsequent issue-prone models of Entreprise, CAI, or DSA.

Accessories : Comes with 1x 20Rnd Pre-Ban Mag. Also, have a Railed Top Cover for sale if wanted. The price includes both the rifle and the scope.

Selling Terms : Prefer EFA10 but can do FFL. Depending on the distance we can split the fee.

Price : $3900 OBO, Trades or Partial Trades considered. I like Milsurps, but I'm open to whatever. Additionally, I'd be willing to add cash towards an AI AXMC, AXSR or similar. Statement of Legal compliance:
I will comply with all Federal and State Laws. If the firearm is to be shipped, you must provide me with a signed copy of your dealer's FFL (or your 03FFL if this is a Curio and Relic). For private party face-to-face transactions (only permitted by Fed law when both buyer and seller live in same state), I will meet all applicable state and federal laws. 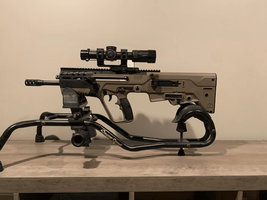 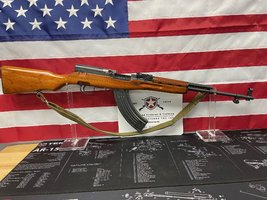 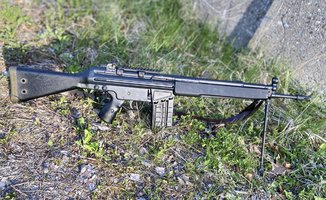 WTS PRE-BAN hk91 with many accesories 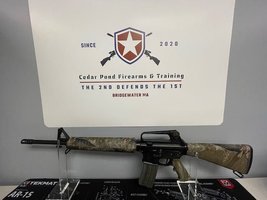