I played at both friendly fire and fox4
D

Friendly fire, the indoor place that used to be in Lawrence too. Other than that just rebel ball out in the random woods.

I remember planet paintball. I still have some stickers from there somewhere

Dip Dungles said:
Anyone a Friendly Fire veteran? That joint was my old stomping grounds years ago.
Click to expand...

Yes! If you ever used the "practice" range, you were probably shooting the polycarbonate and acrylic I brought them to use as targets

Anyone ever play at Pursuit in I think Ipswich or Survival South in RI?

They were open into the mid 90’s but I’m not sure how long after that.

Anyone remember Playboyz Paintball? - early 2000's. I think it was down the road from where Fox4 was. Me and friends hung out there every weekend, played in tons of tournaments.

Dip Dungles said:
Anyone a Friendly Fire veteran? That joint was my old stomping grounds years ago.
Click to expand...

A few times but mostly Fox4 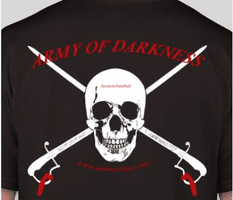 Absolute favorite game at FF was Predator. Eli the owner would give the veterans/refs cases of paint for free and our job was to hold the fort at the top of the hill. The only way predators would die was if we got hit in the goggles while all the rentals/newbs were recycled every 15-20 minutes. I would come home with welts on every section of my body but god damn was it a great time.
If one of my boys asked to get into paintball I would jump on that opportunity in a freaking heart beat.

Here it is, along with the rest of the "family" 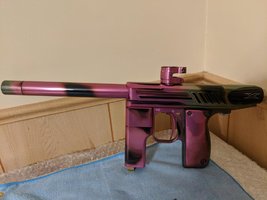 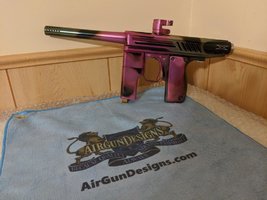 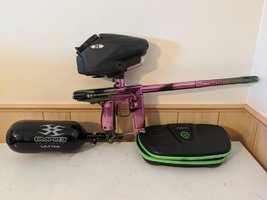 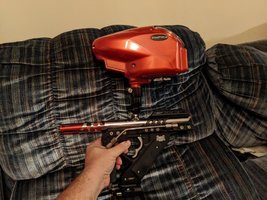 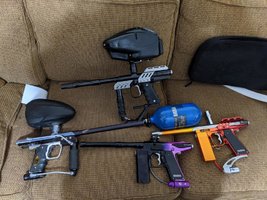 That Z-Gripped RT makes me smile.

Me too. Especially when it shoots ropes of paint. Will get it tuned up and make a video one of these days!

Man it's got to be close to 20 years but it was always a blast, my tubby ass would get smoked 30 seconds into a match these days though.

EvilDragon said:
Wow, z-grip. I haven't seen that in 20 years.
Click to expand...

Christian said:
Man it's got to be close to 20 years but it was always a blast, my tubby ass would get smoked 30 seconds into a match these days though.

Both of you gentlemen are welcome to join me in the warmer weather for a day. Use my equipment!

Let's get an NES paintball day together!

Love a nice emag. Last I played I ran my Ego 11. May be running some games this summer
D

Totally down to murder muppets indoors too. Will have to get my hpa tanks rehydroed

Reanimating this thread because I got a classic marker for my birthday. Lusted after it as a teenager, hunted for it for 8 years. This is the infamous Dave Brisco's Monsoon from team Dangerous Toys: 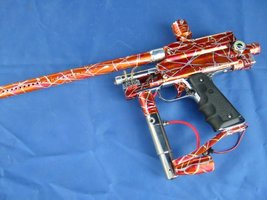 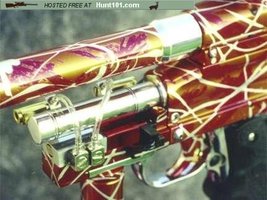 Hand-made, one of a kind, factory demo gun that went on their promo materials.

Haven’t played since the mid 90’s, I remember I had a nice Tippman. One of the funniest things I’ve ever seen was my buddy was loading up his hopper and got shot right in his hand with a fistful of paintballs and his face got absolutely painted yellow

The last time I played paintball was when my brother was in ROTC at Northeastern. They were doing war games with the ROTC from BC and he called me to see if I wanted to join. I had no idea what they were doing but went along. The “war games” were on a base in the north shore and they brought in Blackhawk helicopters to use. We were the bad guys, given MREs for the day, paintball markers, a ton of paintballs and sent out to set up shop in the woods. Once we confirmed we were set the BC cadets got dropped off in the woods with the Blackhawks to try and find us. Turned out to be an awesome day. We were going to get to take a ride in the Blackhawks as well but the drop offs took longer than expected and they were running low on fuel.

I have been a busy guy.

EvilDragon said:
Wow, you f***er. Those are gorgeous.
Click to expand...

That a mech rainmaker?

MSant said:
That a mech rainmaker?
Click to expand...

All I have shown so far are my Automags.

Here is another one I just got fully functional.

So there seems to be a few of us.

Who wants to get together to shoot each other with some paint once this shitshow is done?

Hetzer said:
I played from the late 80’s to the mid 90’s. We played locally, Ma, NH and RI and used to travel to a place with barracks called Wolfs Lair in New Milford Pennsylvania and played in a few Can Am games in Montreal. We played in what was then the worlds largest paintball game in Jim Thorpe PA. That was a blast, with 2,000+ players unloading on each other in two huge mobs to start the day.

Not my pics but here are some of the guns we had:

PMI 68 Magnum, I used one for years, my all time favorite.

Tippman SMG, full auto .62 caliber, we bought two that we shared as a group.
View attachment 293730

Brass Eagle Nightmare. They lived up to their name, they were a nightmare, mostly because the pump would scissor balls in half all the time.
View attachment 293731
Click to expand...

Hell yeah. I played for a few years in the ‘90s. Semi autos were around but I would always play pump/stock class at a place in Franklin. Rentals were PGPs and I rocked a P68

I actually recently picked up a rebuild kit for it and also for a Sheridan KP2 pump I picked up years ago but never used.

MSant said:
That a mech rainmaker?
Click to expand...

No, the MAC valve is cleverly hidden and it feeds off a 9V.

I still have my PGP's somewhere. Often times it was more fun to take 2 of those and hunt each other in the woods then was to kit up with all the 20 bps markers and playing big games.

Mostly played woodsball through HS, then played/worked at PNL for a couple years in college. Still have my Model 98 (pre-custom), but I'm sure most of my other gear is falling apart by now. Would totally be down to get my ass handed to me at an NES meetup
You must log in or register to reply here.
Share:
Twitter Reddit Link
Top Bottom