Yeah. I don’t know about that one. I’ll stick with the new RNC add.

Awesome. The original scene from Kingsman is one of the best couple of minutes of action evah put on video imho.

Now I have to watch Kingsman again.

I’m saving that one.

That was a good one. I like these types of videos.

lol. love how Mit Romney stabbed him in the back.

The press has dropped any pretense of professional objectivity and are political actors, highly partisan who try to shape what they’re reporting to achieve a political purpose and support a political narrative that has nothing to do with the truth.

Video must have been good. Video was pulled.

Chris said:
Video must have been good. Video was pulled.
Click to expand...

The press has dropped any pretense of professional objectivity and are political actors, highly partisan who try to shape what they’re reporting to achieve a political purpose and support a political narrative that has nothing to do with the truth.

I was thinking about this while driving the other day. Usually I get my best thoughts in the bathroom - either on the can or in the shower.

Cable news has destroyed the integrity of newsfolks more than we'll truly understand.

Let's go back to 1975. Wally Cronkite on the CBS Evening News and such. There are 3 stations, tops, for each city. And a national for each of the 3 networks. Skip PBS because they were small-time back then.

Ted Turner shows up and turns on an all-news network. Several others follow. In local markets, Fox gets a news desk and other stations dive into the news business.

Prior to 1985 or so, there was a very large pool of talent and a very limited # of jobs. Journalistic integrity was of paramount importance. Because if you F'd up, there were a dozen people just as qualified as you to take your job.

2.5 years ago "HE'S NOT GETTING ENOUGH! A TOTAL WASTE OF TIME"

Yesterday: "Donald TRUMP IS TRYING TO TAKE CREDIT FOR RE-NEGOTIATING THE NAFTA DEAL!"

I can understand this from Joltin Joe and Nancy's hairdresser. But from the MSM????

Now, let me tell you this: I don't think the talking heads are INTENTIONALLY doing this. I think they hate Trump so much they just forget what they said before and move on as if they never said it. It's Brian Williams over time believing he was in a helicopter that got shot down.

But 40 years ago, there wasn't 400 news stations so there wasn't as much news so it was A)harder to forget what was said and B)easier to remember your integrity because your job depended on it.

What am I missing ? This is what I get : 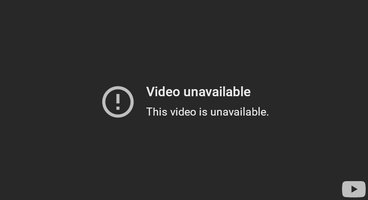