The Marine Expeditionary Unit Special Operations Command (MEUSOC ) was in it’s the iconic pistol of the 2000 decade. Post 9/11 it saw plenty of front line action in Afghanistan and Iraq with front line Marine waging a war or terrorist.
This example is part of the “decades” project featuring the 1911 built in the most predominant style of each of 12 decades. Each gun is built with that decades style in mind with some mechanical improvements available today.
This MEUSOC represents what would have evolved in the fifth generation of the pistol had the Marines continued to produce them. The main difference is the durable IonBond finish replaces Parkerizing. The build also includes better bar stock internals as opposed to off the rack parts on hand. The sights, grip safety and thumb safeties are all modern reproductions of the originals. The barrel is a stainless BarSto fitted with a NM bushing. The magwell has been opened and beveled. Dirt and sand journals have been added to the frame and slide to trap desert sand and dust. Seven Wilson magazines finished in IonBond where also part of the original issue. Glenn Dean did a great job on the presentation case. 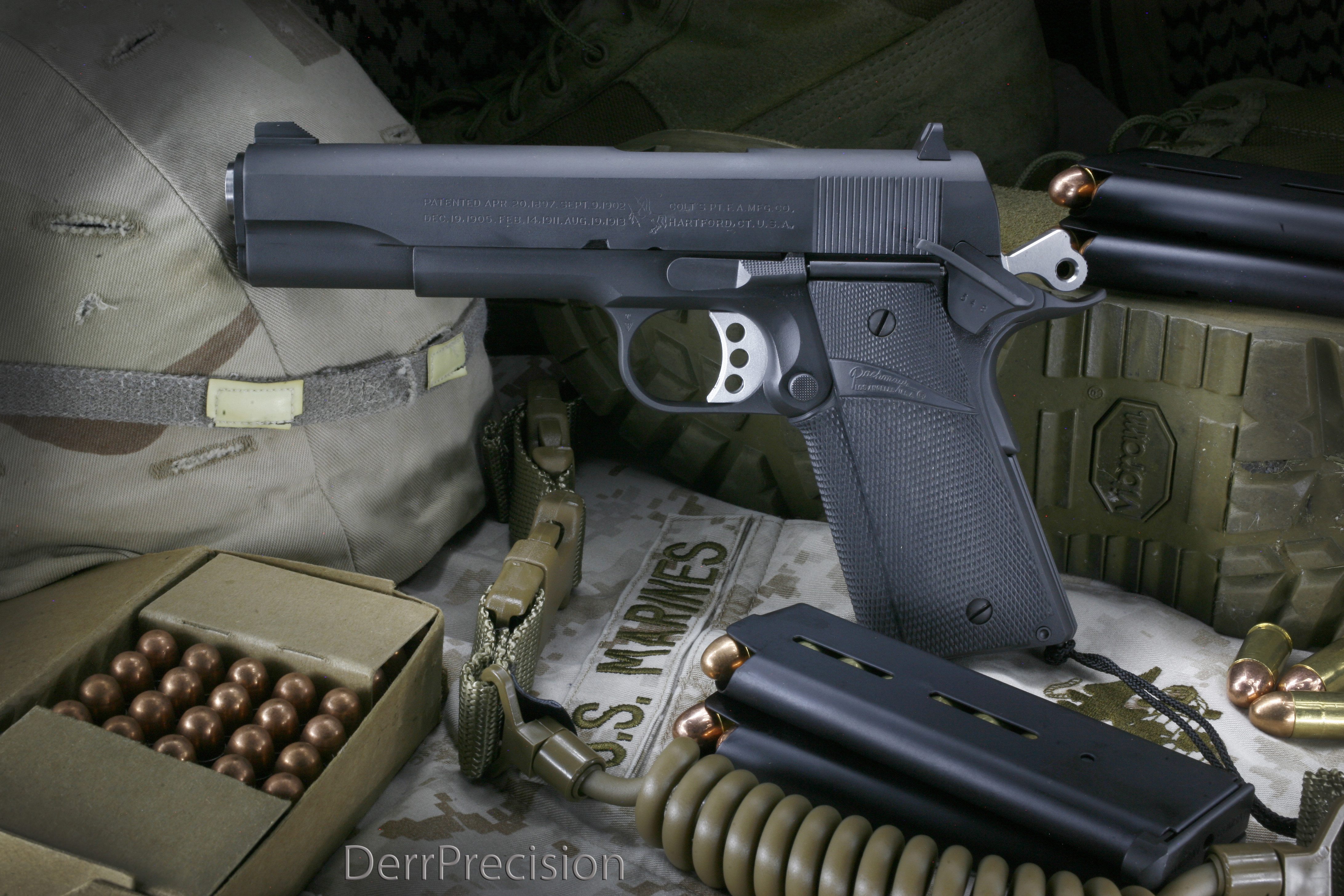 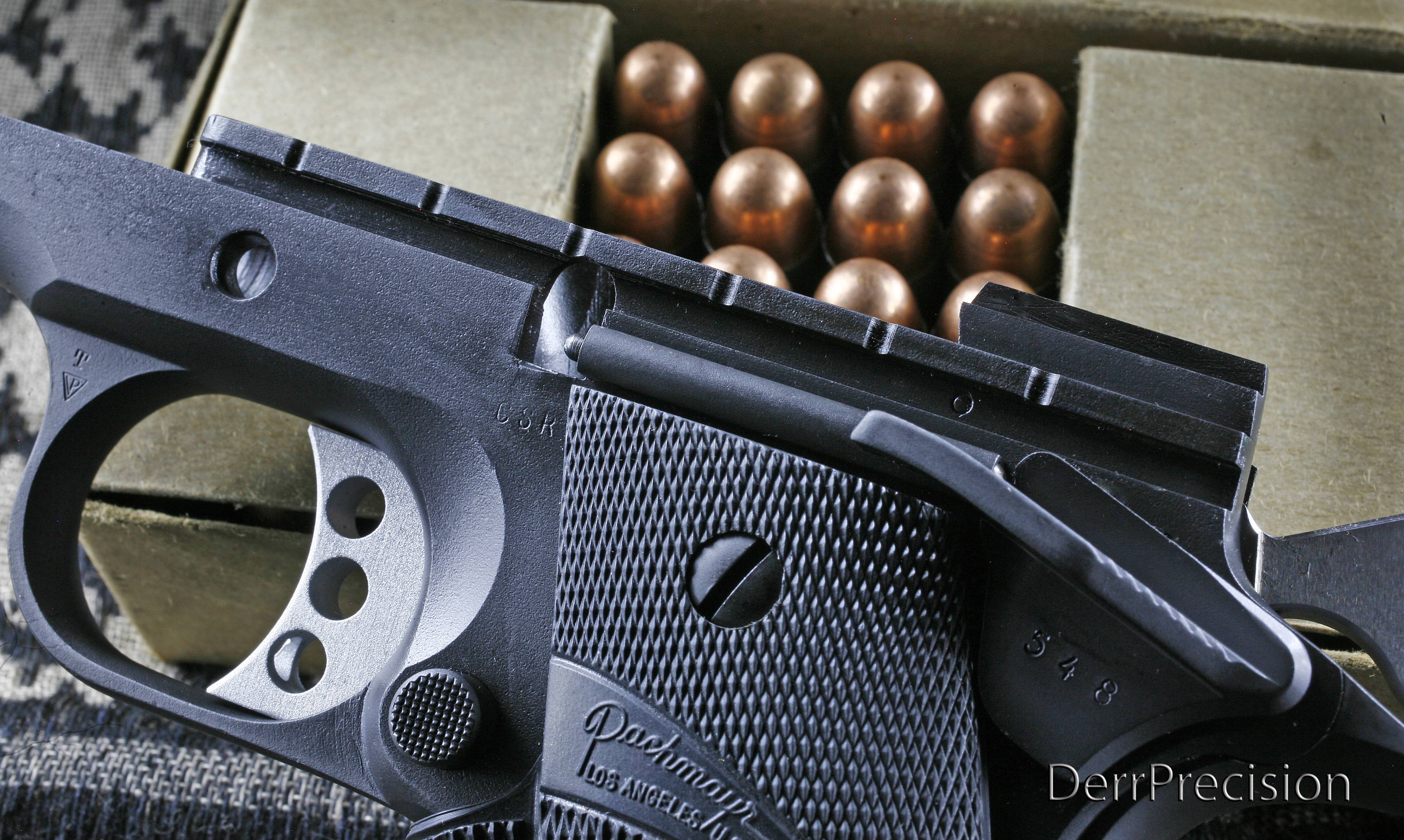 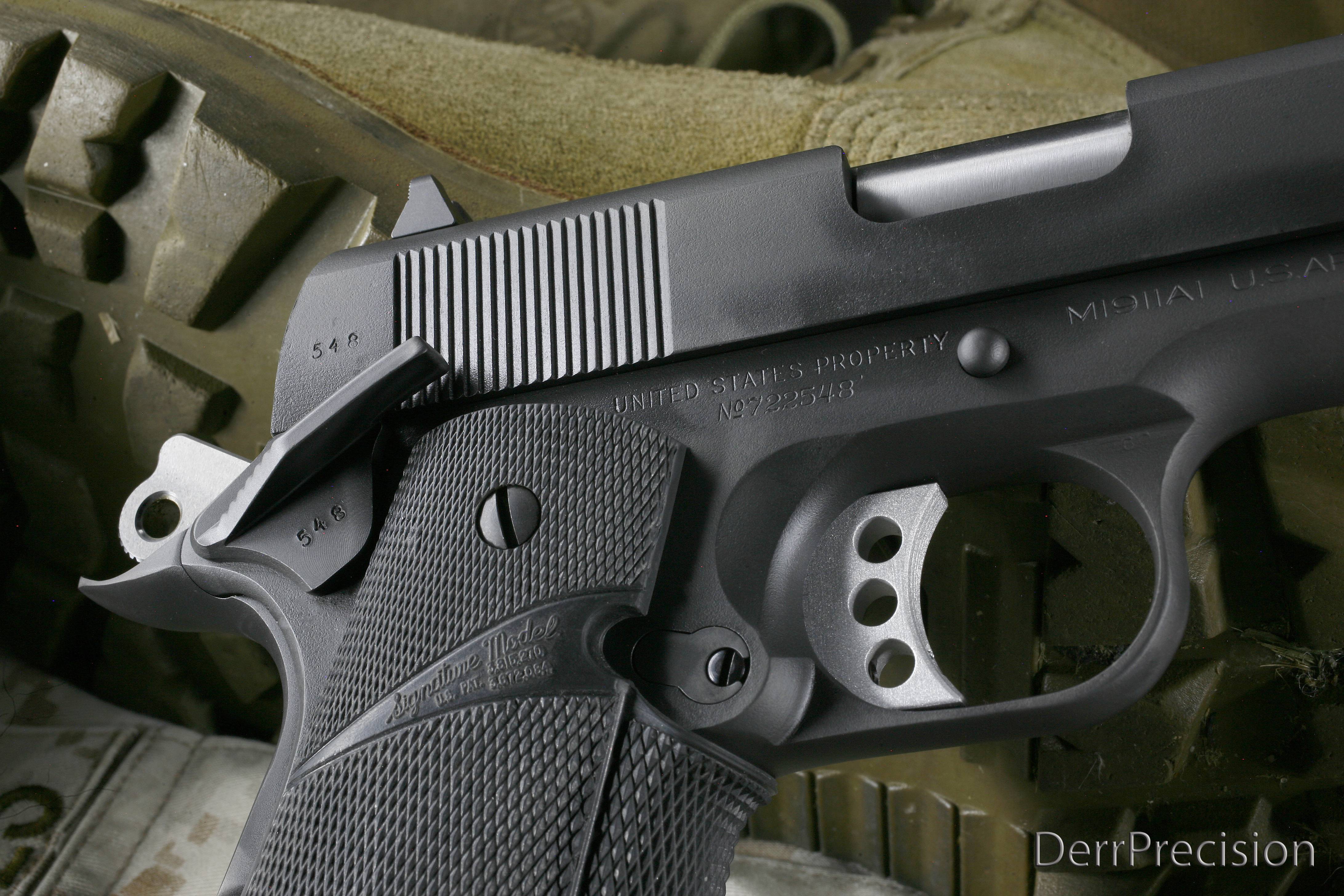 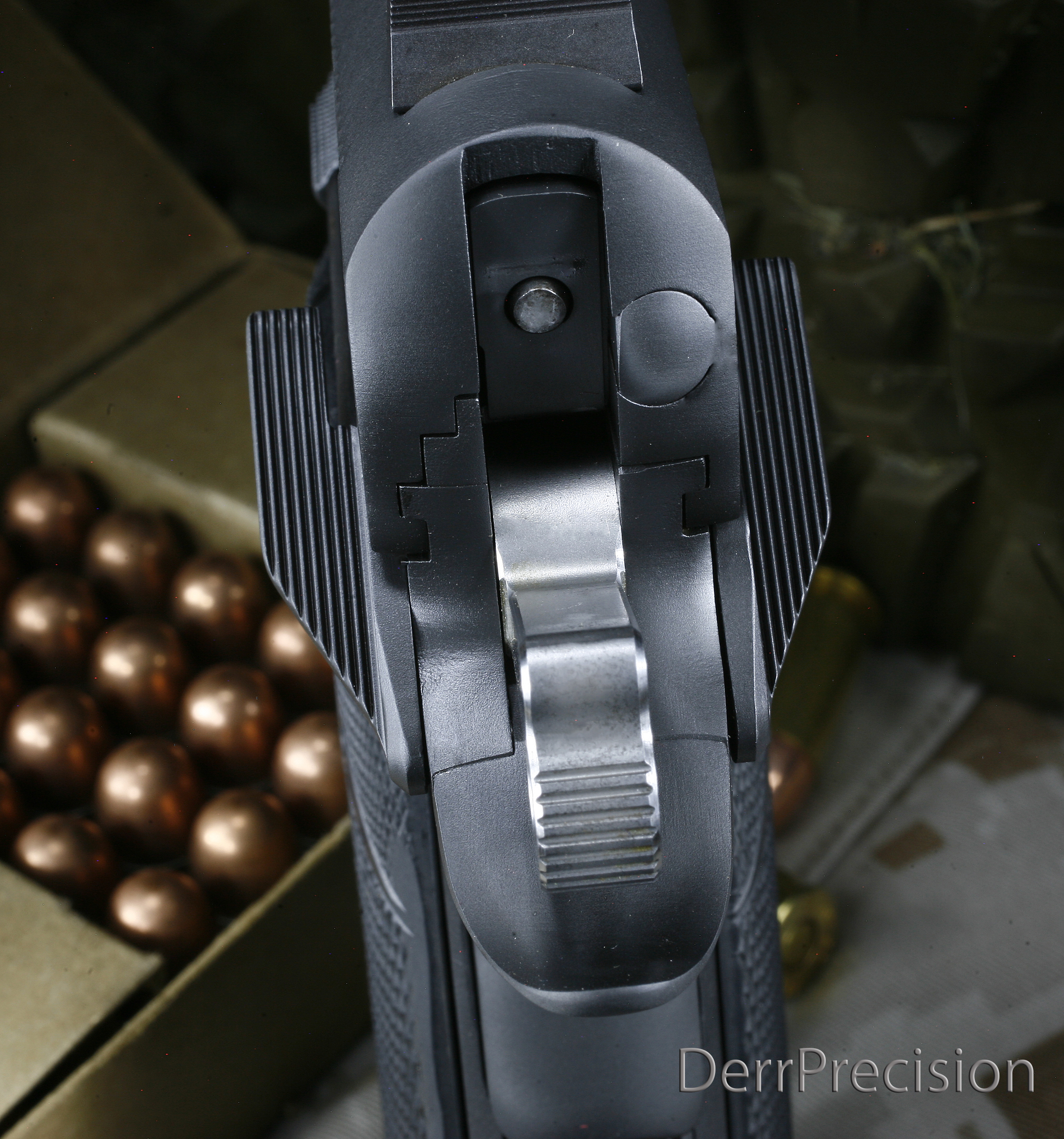 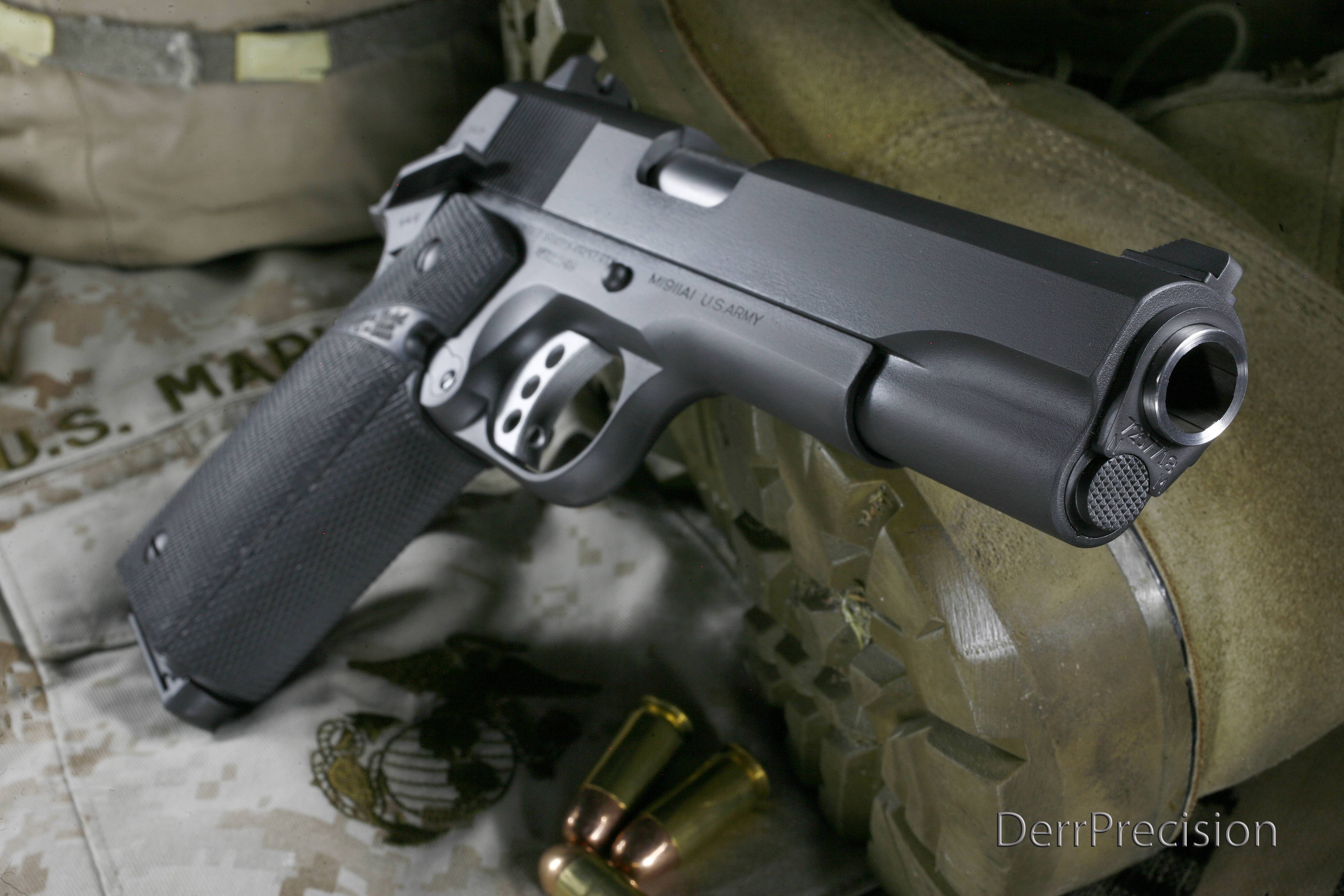 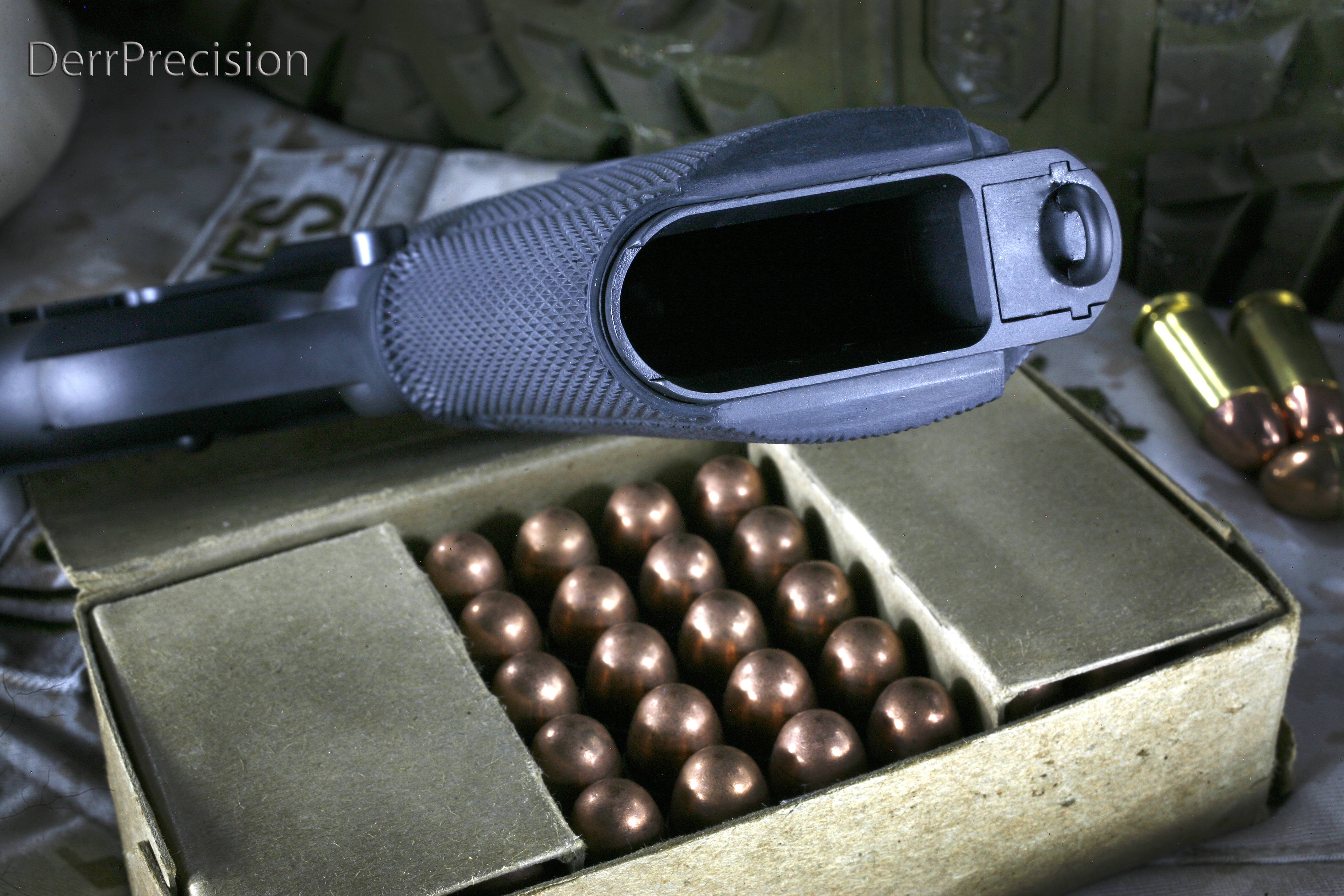 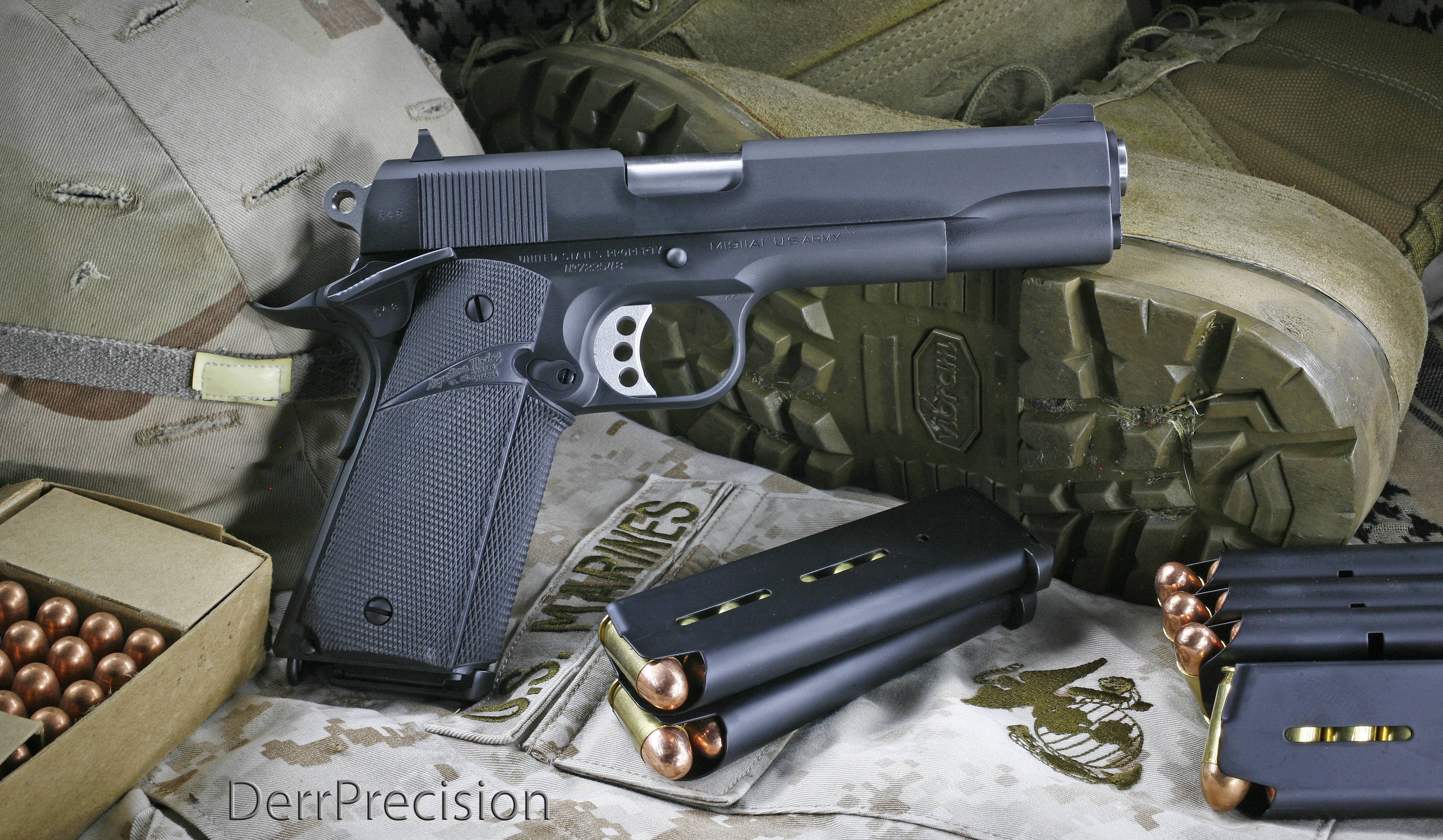 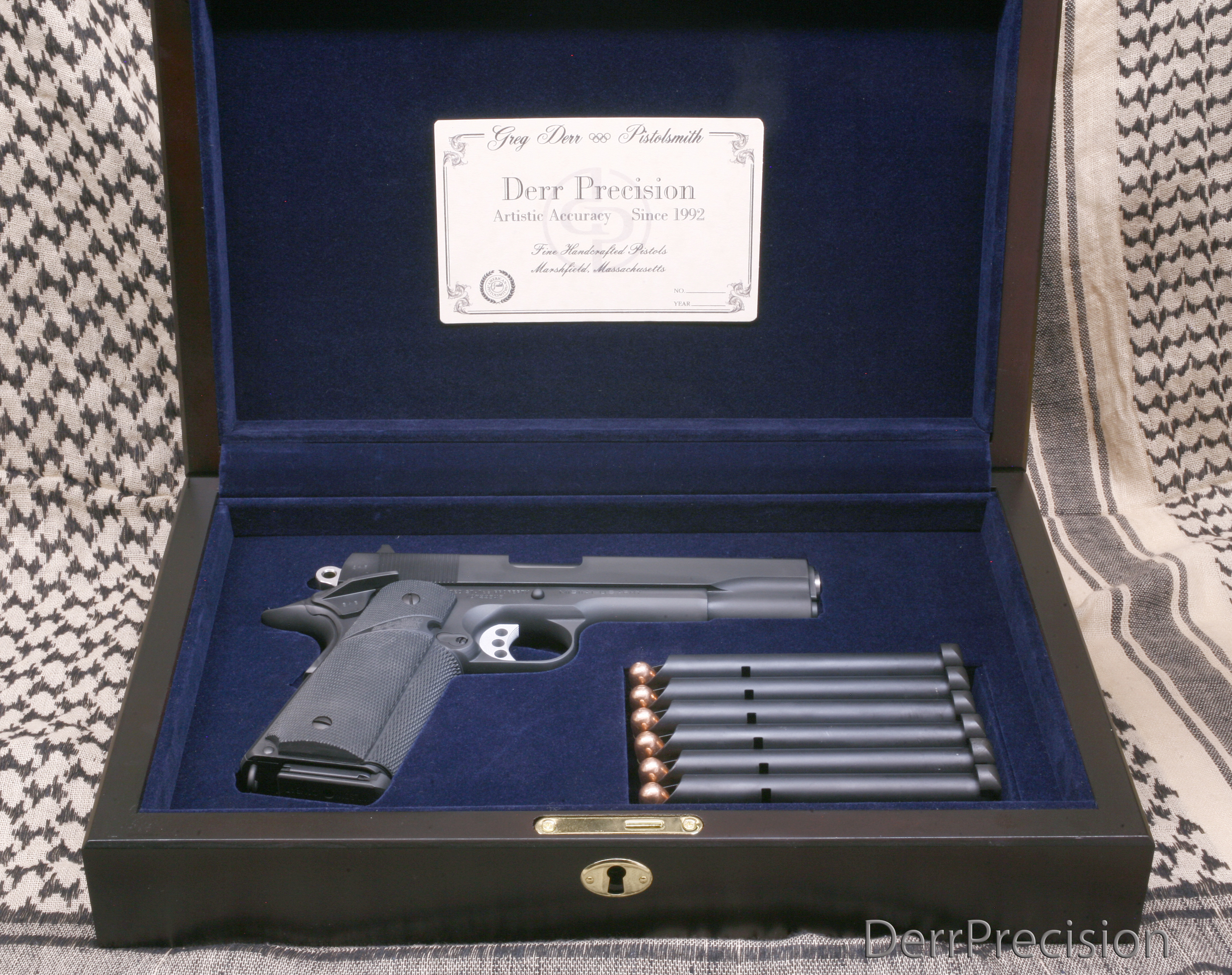 Is the small notch on the leading edge of the magwell factory or your touch?

That's what I call a great .45 ACP handgun. For the same reasons maddawg does.