Ladies and Gentlemen - it is my distinct pleasure to post this link: 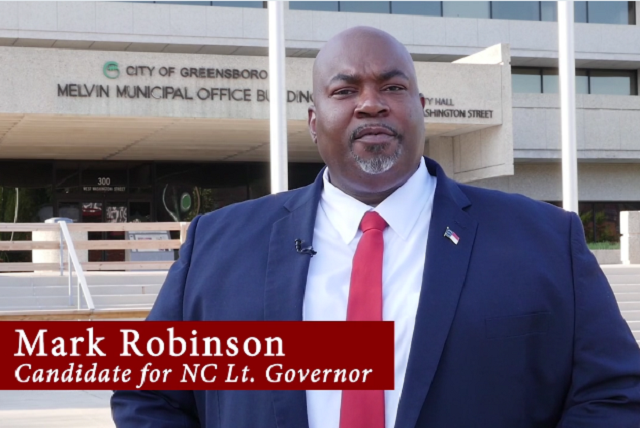 Robinson won the race two and a half years after giving a blistering pro-Second Amendment rights speech before the Greensboro City Council that went viral.

Partial transcript of Mr. Robinson addressing his city council, (Greensboro), in 2018, from the article:

I’ve heard a whole lot of people here talking tonight about this group and that group, domestic violence, blacks. These minorities and that minority. What I want to know is, when are you all gonna start standing up for the majority? And here’s who the majority is. I’m the majority. I’m a law-abiding citizen who’s never shot anybody, never committed a felony. I’ve never done anything like that.

But it seems like every time we have one of these shootings, nobody wants to put the blame where it goes, which is at the shooter’s feet. You want to put it at my feet. You want to turn around and restrict my right, Constitutional right that’s spelled out in black and white, you want to restrict my right to buy a firearm and protect myself from some of the very people you’re talking about in here tonight. It’s ridiculous. I don’t think Rod Serling could come up with a better script.

Nice! That is awesome!!!

Awesome, congratulations and stay the course!!!

I hope he does well.

Technically, Lt Governor, not Lt General, right? Or am I missing a subtlety of the position?

Yup, I have the t-shirt

Nice to hear.
I watched his speech and it came from the heart.

Wife and I voted for Robinson. unfortunately our turd governor Cooper won re-electio though.

I was proud to cast a vote for Mr. Robinson.

Was proud of this man when he gave this speech, even more proud now.

Fantastic! Guy seems to have a level head. Good luck to him!

Just read this from his campaign website...quite a life...

Mark grew up poor in Greensboro, North Carolina as the ninth of ten children in a green shingled house with a red roof. His father was an abusive alcoholic. Their house had no heat, no AC, and didn’t even have a shower for them to wash.


As a child, Mark ended up in the foster care system. He and two of his brothers went to the same home where they were fortunate to end up with a caring family. Some of his siblings were not so lucky, and ended up in abusive situations. Mark and his siblings were able to move back in with their mother eventually, who was a devout woman of faith, and he credits his mother as being the reason he is the man he is today. She taught him about the Bible, and always told her children they could be whatever they put their minds to.


Towards the end of high school, Mark joined the Army reserves where he served as a medical specialist for three years. After high school he went to NC A&T and while there, worked at a factory. Mark planned on staying at this factory and working his way up, and possibly even retiring with the company, but it wasn’t to be.


While he was working there, NAFTA was implemented, and his job like so many others had wages cut. They were cut so badly in fact, he ended up leaving. After that, he worked at a restaurant as a shift worker before becoming the general manager there, and served in that role for five years. During that time, his wife Yolonda started a day care center which grew rapidly, requiring them to acquire a new building.


Eventually, Mark left his job to work at the center where he taught children and cared for them. After eight years, they decided to sell the business, and Mark went back to work at a furniture factory. While there he attended UNCG, studying history. However, this factory job would also cease to exist when the owners decided to move the plant to Mexico, leaving Mark and dozens of others without jobs. He eventually got a new job at a different furniture factory, and had plans to pursue a full- time teaching career, getting his masters and then PHD so that he could become a professor, but it was not to be.


On April 3, 2018, Mark’s life changed when he stood up against the Greensboro City Council in a speech which has been seen over 150,000,000 times. Since that speech, he has served on the NRA National Outreach Board, has appeared on Fox and Friends, has been interviewed by Lara Trump, and traveled the state and nation spreading the conservative message.

Mark Robinson's Speech in a time of Panic...