Get them before they're gone, started with over 400, now less than 30 remain, lowest price and best condition MP5 preban mags you'll find in this state. Obviously not making any more, but definitely hard to come by these mags in general let alone in top condition.

These are ALL date-coded as preban late 80s and early 90s, stored in an armory and rarely used, some if at all.

These aren’t around often, and with the popularity of HK’s re-released SP5 variants and PTR clones I figured I’d source some in for those looking. They also work with MP5 magazine accepting AR9 lowers. 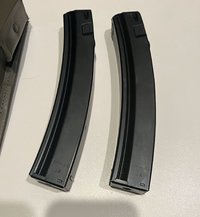 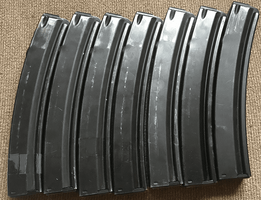 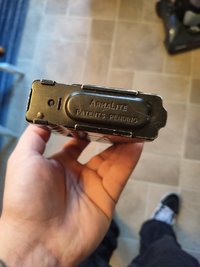 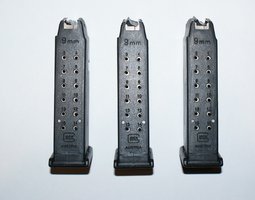