Letter to chief of police...what he wants to see in it?

Helping a friend from Waltham. It turned to green city. But now they require a stupid letter to the chief of why you need a gun...... ill save you from my thought about it. My question is what to put in this letter? I know everyone puts in the form in reason section: "all lawful purposes". But you gotta have more BS in the letter. So what that BS should be?
Thanks

Why would the chief want pics of his detectives?

Dear Chief,
You can get anything you want at Alice's restaurant.
Sincerely,
Arlo

Rat out at least 3 neighbors who don't wear their masks.

I'd write that you want a firearm because it's a natural right protected by the constitution, and that you'll have no problem making him the next defendant of a federal lawsuit with the FPC or GOAL should he infringe upon your rights.

When I first went to get my license years ago, I spoke with the licensing officer in my town about this. What he told me was that specifics concerned them e.g. "My neighbor acts unusual and I might have to shoot them." He told me that vague statements raised fewer concerns e.g. "To defend my family, God forbid, that need should arise." The examples here are mine but in the spirit that I understood the officer to mean. Hope that helps.

I've had a few friends recently go through waltham. They didn't have any issues.

Here, start with this template and let the NES faithful add their 2 cents.

Dear chief,
My name is Joe Smith. I have lived in Waltham for the past 10 years. My children attend waltham schools. I am applying for an unrestricted License to carry firearms. Please let me know if you have any questions,
Thanks in advance,
Joe
B

Realtor MA said:
Dear chief,
My name is Joe Smith. I have lived in Waltham for the past 10 years. My children attend waltham schools. I am applying for an unrestricted License to carry firearms. Please let me know if you have any questions,
Thanks in advance,
Joe
Click to expand... 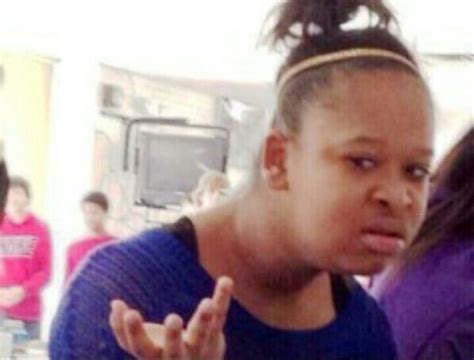 Dear Joe,
We'll be needing to conduct quarterly inspections of your house,
to make sure that your guns and ammo
are securely locked away from your children.
Thanks in advance,
Chief
A

as the U S Supreme Court has ruled that the Police have no duty to protect me or my family, and when seconds count the Police are minutes away, I want a gun to protect myself and family in these uncertain times.

don't get me going on the education system in this country and how it's failing and it's why johnny can't write and think for himself when it comes to a simple, basic letter. 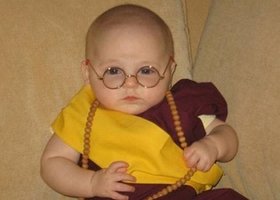 Listen to this. The ltc cop called him and told him to "first try in the city of your residence"!!! What the hell? the city of his residence is red. Can he ignore him and and still bring the application to Waltham?

uhhh, didn't the first post say your friend was from Waltham, so that is the city of his residence right? Which is where you are supposed to apply anyway.

RumRunner said:
uhhh, didn't the first post say your friend was from Waltham, so that is the city of his residence right? Which is where you are supposed to apply anyway.
Click to expand...

No. You can apply also in city that you have business in

Dear Chief,
....the right to keep and bear arms shall not be infringed. 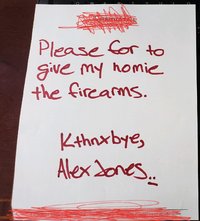 CAESAR said:
No. You can apply also in city that you have business in
Click to expand...

Does anyone know a chief that actually will issue to someone on that basis?

OP, it's tough call. The CoP wants you to justify a "need", which inherently gives him a way to deny or restrict. You have my sympathy.
Of course this kind of thing will continue and even get worse so long as this kind of unlawful additional requirement is tolerated. And if you refuse to submit you will be denied. Of course that would give you grounds to take it to court and maybe get a ruling ending the unlawful practices... in a few years. And you won't get help from Comm2a unless you are super squeaky clean, and even then it's a maybe.
I do get it, you just want an LTC and it's easier to just comply. Unfortunately it's destructive long term, do you have kids? Do you want them to be able to own a gun?

Dear Joe,
We'll be needing to conduct quarterly inspections of your house,
to make sure that your guns and ammo
are securely locked away from your children.
Thanks in advance,
Chief
Click to expand...

3 words since permits are the antithesis to 2A.

3 words since permits are the antithesis to 2A.
Click to expand...

Pshaw, I feel I was nitpicking. But thankew.

In one sense, OP is hoping there's a known magic template;
maybe even one specific to Waltham.
And similar questions (for other towns?)
have been answered successfully on NES by those in the know.

I've seen "I wrote this and it worked", which is a relief to someone
with writer's block and First World <Bleep>hole fear.

And at least once I've seen someone in the know
(probably just knows someone on the force,
or was treated to candor from the licensing officer) who wrote
"the Chief just wants to be reassured of X, or Not Y".
Where X or Not Y are exactly the kind of people
we wish all gun owners were.

I'm not saying you ought to be one of those things
to rate being able to have guns.
I'm just saying that while anyone might flip those on their heads
(like I did with the "children"), in real life a reasonable green CoP
is going to think those are reasonable reasons.

Which is what I put on our original forms.
(Minus the bolding (crayon?

I knew there was a magic phrase, but couldn't remember it.
So I just searched the Intarwebs and found it.
I knew it when I saw it again.

My deep suspicion is that I found it on NES,
15 months before I joined.
NES delivers.

I didn't think the phrase was
a subliminal trigger implanted by the Bene Gesserit sisterhood
in all chiefs' minds during training,
that would make them involuntarily issue LTC-A/unres.

But I did imagine that it was a brushback pitch
to the degree that it signaled
we'd been getting advice from the right place,
and if things didn't go well,
we might just pick a good lawyer.
(As if that would suffice in a red town).

It would have sucked if it put a hair across the chief's grommet, eh?

Dear Chief Donut,I am writing you this letter,because I am requesting,an LTC A to carry a firearm for protection.As you are well aware being the Chief of police
that you,and your department are totally useless in protecting anyone,and that is why I need a firearm to protect myself.

Realtor MA said:
Does anyone know a chief that actually will issue to someone on that basis?
Click to expand...

The previous Natick chief would, but only with approval from the chief in the town of the applicant's residence.
A

I miss "protection of life and property"

(sigh) to be young again

Here's what I wrote for another NES member and friend a few years back. I also mailed copies to the chief and the town's attorney. The licensing officer accepted the letter without comment:

I have had known Mr. BROWN for several years, both as a competitive shooter and as a member and generous contributor to the non-profit organization that I have the honor of leading.

On the range Mr. BROWN has consistently demonstrated a high level of proficiency and safety with a wide variety of firearms. As a fellow range officer, I’ve always found him to be a fair and evenhanded judge who applies the rules uniformly ensuring both the safety and integrity of competitive shooting.

I’d like to take advantage of this opportunity to point out some of the issues with imposing non-statutory requirements, such as reference letters, on people applying for a firearms license and why you should discontinue this practice.

First, there is no statutory justification for imposing this requirement. Your discretionary authority with respect to determining an applicant’s ‘suitability’ to be licensed is constrained by factors that present a ‘risk to public safety’. The relationships between this pro-forma requirement and public safety is tenuous at best.

For many people, the decision to own firearms is private and personal. By requiring firearms license applicants to provide reference letters you are forcing them to do something that, by statute, you are prohibited from doing - disclosing to third parties that they are, or want to hold a firearms license.

Finally, non-statutory requirements such as reference letters increase the burden and effort required on someone wishing to be a gun owner in the Commonwealth. This unnecessary burden carries with it the effect of dissuading otherwise qualified and responsible individuals from applying for a firearms license through your department. Such nonessential requirements serve no legitimate purpose and carry with them a potential chilling effect on the legitimate exercise of an enumerated right.

For these reasons, I would encourage you, in the strongest possible terms, to discontinue the practice of requiring applicants for a firearms license to provide letters from third parties referencing their good character.

I just realized the thread drifted away from "reference letters"
(which is OP's request)
to "justification letters".

They're both valid topics in modern day Mass.

But for contributing to the drift.

Of course, I had the advantage that I had seen him do mature and responsible things.
So I had that going for me.
Which is nice.

Your friend is a resident of a town other than Waltham, but they own a business in Waltham?

IANAL, but I don't believe that there is a requirement in MGLs that you try your town of residence before your town of business. That said, the CoP can play games, pretty much without restraint, 'cuz gunz. If it's because he wants to protect his business, the CoP may say, "Only good during business hours," or some similar restriction.

Discretion. It's what we're dealing with....

How to handle a delayed transfer in Mass?

A moment ago
Len-2A Training