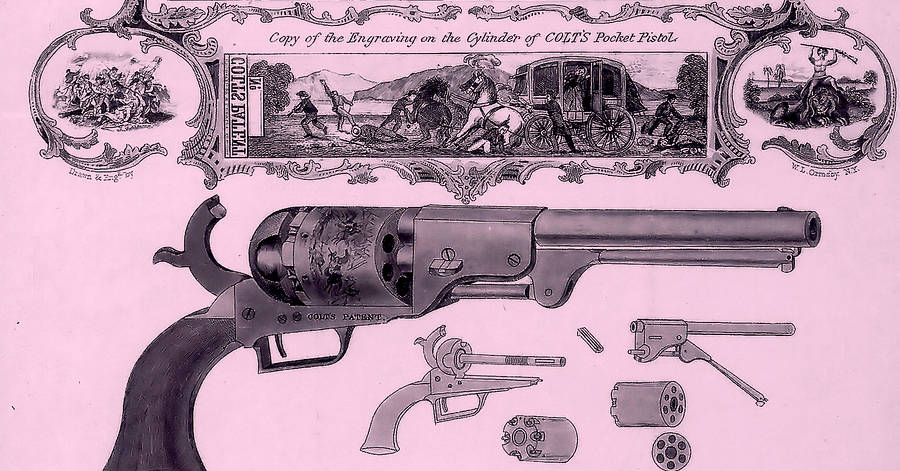 Once perfected, it was like having half a dozen guns in one hand.

For much of the 19th century, the Second Amendment might as well not have existed. It did exist—since 1791, of course—but if you were a white American, it was as if it did not, for it served no purpose: Virtually anyone, aside from slaves and some freed blacks, could buy a gun, no questions asked.

In an era of limited government, westward expansion, minuscule police forces and remote rural living, many Americans needed guns—for hunting, for militia service, for personal defense, for shooting that sharp who cheated you at poker—and that was pretty much the end of the discussion. Lots of people still had their grandfather’s serviceable Revolutionary War musket leaning against the door. Congressmen went to the Capitol strapped. And after the Civil War, there were untold numbers of cheap weapons floating around that were put to good (and bad) use, nobody paying much mind.

It was a very different world from ours and should be understood on its own terms. Post-1960s arguments over gun rights and control, carry laws, background checks, assault rifles, school shootings, urban crime, NRA lobbying and the like are modern preoccupations that should be divorced from serious historical enquiry, not engaged to it.

In this regard, Jim Rasenberger’s “Revolver,” a lively biography of Samuel Colt, the inventor of the eponymous six-shooter, is an exemplary piece of research. Mr. Rasenberger doesn’t seek to score points one way or another, saying instead that he has “no agenda other than to honestly tell what happened to Sam Colt, his gun, and America in the years 1814 to 1862.”

This is no easy task. Colt may have lived only 47 years, but he managed, as Mr. Rasenberger remarks, to pack in multiple lives during that brief span. By the time he had given his name to the revolutionary sidearm, for instance, he had already spent considerable time as a laughing-gas pitchman.

Given his background, it should be no surprise that he ranks up there with P.T. Barnum and Buffalo Bill in his facility for self-invention, self-exculpation and self-obfuscation. Personal historical documents are sometimes scarce—purposefully or otherwise—making it difficult to distinguish the very printable legend from the empirical fact. “Encomiums to Colt must always be considered with a degree of skepticism,” Mr. Rasenberger cautions, “given that Colt planted a lot of them himself.” Yet the author has excavated more than enough documentary evidence for us to consider “Revolver” the definitive word on the man. Few will get much closer than Mr. Rasenberger has to this singular character.

Colt was the kind of person who would help a friend who’d fallen down but steal his wallet if he needed the money. Bred in the “Glengarry Glen Ross” school of salesmanship he may have been, but Colt was also a talented inventor whose ballistic products worked fabulously well. Here was a man who forged (in every sense) his own destiny, yet relied on others to get him where he needed to go.

Napoleon allegedly asked of promising commanders he considered for promotion, “Is he lucky?” Colt made his own luck. His use of such frontier celebrities as the Texas Rangers and the explorer Kit Carson to market his guns was decades ahead of his time, as were his advertising skills. (That perfect, darkly ironic nickname, “Peacemaker,” may have come along after Colt’s death, but it was very Coltian.) When confronted by bureaucratic and military obstacles, there was little a lavish bribe could not put right.

He was lucky, too, in being born in the right place at the right time. Mr. Rasenberger is weak on this point, but Colt emerged during possibly the greatest flowering of mechanical innovation ever seen. Aided by friendly patent laws, an unwavering faith in progress through commerce and a relaxed attitude toward going bust and starting afresh (there were always new investors/suckers), Americans entered the invention business in droves.

Equipped with nothing but a heaping of curiosity, a handful of moxie and a hankering for money, these hopefuls would tinker with stuff. Colt himself was of a piece with people like Rufus Porter—the founder, in 1845, of that bible of invention-mindedness, Scientific American—who taught themselves (as Porter offhandedly put it) “a general knowledge of all the principles of the mechanical powers, hydraulics, hydrostatics, inertia, momentum, reaction, projection, frictional and resistance, &c.” Porter’s productive mind churned out a fire alarm, a fog-warning device, a hot-air ventilation machine and a clothes dryer, among many other things, while Colt focused on batteries, electric-powered mines, waterproof cables (useful for the inventor of the telegraph, Samuel Morse, another antebellum mechanic) and, of course, his gun.

The Colt revolver was a marvel, for it solved a longstanding problem. Aside from the odd experimental piece, guns up until then usually fired only one bullet before requiring a lengthy reload. In the heat of battle, this was obviously suboptimal. Horsed attackers such as the feared Comanches could launch multiple arrows in the time it took a nervous settler or trooper to shoot and reload. Sure, a bullet was individually more lethal than an arrow, but quantity has its own quality.


Improving celerity of fire was a key factor, then, but it was also dangerous to use the same ever-more befouled chamber to shoot repeatedly, for fear of overheating and stressing the metal. The Colt’s revolving-cylinder mechanism allowed its user to preload six cartridges and fire them at will using fresh chambers. It took Colt much trial-and-error to perfect the action, but once he did it was like having half a dozen guns in one handily portable device, with the added security of enjoying plenty of backup firepower if you missed the first time.

There are any number of gun books out there that assume the form of technical manuals for collectors and hobbyists, but “Revolver,” written with a journalist’s sense of color and a historian’s eye for the revealing detail, is an exceptional biography of an archetypal 19th-century American inventor and businessman. And while it’s always tempting to lament, “we shall not see his like again,” in fact we already have—in Silicon Valley, where venture capitalists fund the modern Porterites, nowadays known as engineers, computer scientists and coders, tinkering with stuff to create the future.


—Mr. Rose is the author of “American Rifle” and “Empires of the Sky: Zeppelins, Airplanes, and Two Men’s Epic Duel to Rule the World.”
S

Yes, good review of the book. I will consider buying it after I get thru Ron Chernow's "Grant" and Rick Atkinson's "The British are Coming". Chernow wrote "Hamilton" that was the book that was turned into the hit play and Atkinson wrote the trilogy on the US Army's European Campaign.
Share:
Twitter Reddit Share Link