Roland Deschain said:
I have 2 coworkers that chew with mouth open and make the most obnoxious pig noises while they eat. Its unreal, and the second I see them walk in with anything edible I immediately evacuate. How do you breath through your mouth loudly while you eat? I just pray they choke. One of them is 300 pounds and an embarrassment to our job.
Click to expand...

Back in 2007 when I worked in a warehouse while in college, I had a co-worker like that. It was the most disgusting thing. I have been next to pigs while they eat, and this dude was worse.

His sh*ts smelled so bad. We all knew when he was in the bathroom because it sounded like someone was giving birth. No one could use the bathroom for a good hour after he was done, and our locker room was in there. If he was taking a sh*t at 4:50, someone would warn the others so we could all run and get our clothes out, so we could change in the break room and punch out at 5:30. Otherwise, we risked suffocating.

The lazy fat piece of sh*t wouldnt walk an extra 20' so he would park as close as possible, even if the parking space was small, and he would always open the door and hit the car parked next to him. One day I yelled at him, told him to respect others peoples property and his answer was "that is what the plastic thingy on the door is for".

I used to park about 100' away from the building on a patch of dirt so this fat a** wouldnt park next to me.

And at work, he was so lazy. He used to hide to not do work and eat cupcakes in the giant cooler, sitting on his forklift in a corner.

drgrant said:
This guy was just at our helpdesk begging for some kind of AV cable. He explained that it was temporary. I REAAAALY wanted to march out there (with the user still in attendance, break out into a full risitas laugh, and then go.... "Yeah D (name of other actual co worker whose decent) I bet $100 he won't bring it back. " It's gotten to the point where you have to practically shame them into bringing shit back. I have a few users and other admins etc that are good people and always do, but they're the minority.
Click to expand...

I lost a tape measure once, only to see a co worker with it about a year later. The guy was taking it downstairs, I asked wtf. He said he was bringing it back to Dave. I said BS it’s mine.
He pulled out the tape and it said “Dave”. I said pull it out another foot, he did “Stolen from Tuna, bring it back you theiving co**sucker!”

“Guess it’s yours after all”. Lol

djbradles said:
15 years can mean the difference between this 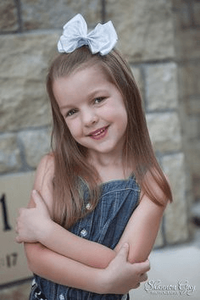 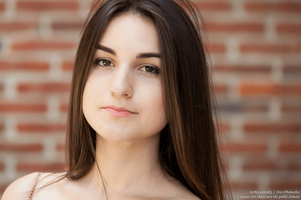 ReluctantDecoy could be 20, could be 50.

We've got this guy at work now. He keeps licking the door and fawcet handles. He looks sweaty and he's coughing like a mofo. Can barely breathe, too.

Should I be worried?

Dennis in MA said:
We've got this guy at work now. He keeps licking the door and fawcet handles. He looks sweaty and he's coughing like a mofo. Can barely breathe, too.

Nope! All good! Let him go. He's fine. Infact recommend he go home and relax for a couple of weeks.

Dennis in MA said:
We've got this guy at work now. He keeps licking the door and fawcet handles. He looks sweaty and he's coughing like a mofo. Can barely breathe, too.

that's the guy iran expelled after he licked all the brass accents at his local mosque. they gave him a good beatin' too. ask him about the sox cheating scandal, be interested in his opinion.