Help Me Choose the Murder Weapon....Victim is Dead.

Son and I will be going to the range this weekend to murder the Halloween pumpkin. The club's pumpkin shoot was cancelled a couple weeks back due to weather, and they were only allowing .22. He will be using his carbine, whilst I have a choice of Ghastly Gourd Gutting choices....

What say you? Pics of the victim and the ammo.

Whichever one would make the biggest mess, so the .575s as you said. I had a guy at my club a few weeks ago shooting his Springfield trapdoor 45/70 but he ran out of ammo before he could hit a pumpkin we had at 100 yards.

The biggest mess would be the .715 from the M39 Pumpkin slinger, but hitting a head size target at 50 yards would be 1 in 4 from a smoothbore...

leave the pistol rounds at home. I had not taken my camera Nov 1 that rainy crappy day. I did how ever bring one lonely pumpkin and it did not do well against 2 223. 75 gn Amax bullets.
Personally I like the looks of the big lead projectiles. 30-06 2nd. I assume possible pumpkin control through garand authority?
J

Paint the pumpkin first set it in the sun or heat for a day. it needs to decompose. paint seals it up.

12g slugs (if you're looking for a mess)

namedpipes said:
12g slugs (if you're looking for a mess)
Click to expand...

Don't own a shotgun.

I have some 45/70 hollow points that will mess one up real bad.

45 does a nice job on pumpkins.

I whacked a pumpkin with soft point hunting 30-06 ammo. It was epic! Was shooting with a friend that was new to shooting.....we were at his house in nh. He told me his 45 colt chamberd henry lever action was more powerful than my M1 because the bullet was so much bigger. I had to set him straight......I even let him shoot first........the henry made a nice clean hole......it was cute......then I vaporized that pumpkin and looked at him and said.....learn young padawon......learn. Epic
Last edited: Nov 15, 2014

Well, I had originally packed the M61 Springfield, but the original sling I ordered for the trapdoor came today. So after installing it, I decided to use the .45/70.

39 degrees, breezy. I shot standing off hand, no sling. Son shot about 10 rounds of carbine. I shot 15 rounds of carbine, 20 rounds of .45/70, and then 28 rounds of .45acp to finish it off. The .45 was from about 15 feet and I was being back splattered with pumpkin guts. There were three other shooters there and they had fun watching the .45/70 blow chunks out of the pumpkin. I gave them one shot each. One of the kid's shots clipped off the stem. Three of my first four shots were between the pumpkin's eyes.

Pics of the execution and WPD (weapons of pumpkin destruction). The place where I got the sling has a few more; for $100 it came out nice after cleaning and oiling. The brass had verdigris on it that has stained the leather in a few places. The oil (Lexol) softened the leather right up. PM if interested in an original trapdoor sling.

what did you clean off the verdigris with?

I couldn't find our Lime-Away, so I used Kroil and gentle circular scrubbing with an old .30cal brass bore brush. I followed with brass polish.

jpm said:
what did you clean off the verdigris with?
Click to expand...

Never Dull also works well, and quickly. Tear off just a small bit of the wadding and gently rub the tarnished area. Contains "petroleum distillates" (as does Kroil), probably advisable to avoid getting it on leather, use caution around bluing. 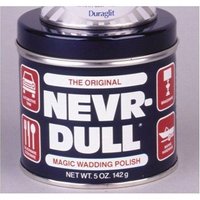 SKS Ray said:
45 does a nice job on pumpkins.
Click to expand...


majspud said:
Don't own a shotgun.

Help me decide the next acquisition...

Help me ID this bayonet

Help me find an SKS