I'm dedicating today to Jim Bowie and his infamous namesake: "The Bowie Knife"

A Bowie knife is a pattern of fixed-blade fighting knife created by James Black in the early 19th century for Jim Bowie, who had become famous for his use of a large knife at a duel known as the Sandbar Fight.

Since the first incarnation, the Bowie knife has come to incorporate several recognizable and characteristic design features, although in common usage the term refers to any large sheath knife with a crossguard and a clip point. The knife pattern is still popular with collectors; in addition to various knife manufacturing companies there are hundreds of custom knife makers producing Bowies and variations.

An early Bowie of the type made for Rezin Bowie and commissioned by the Bowies to Searles and Constable. This is a copy of the Fowler Bowie currently displayed at the Alamo. 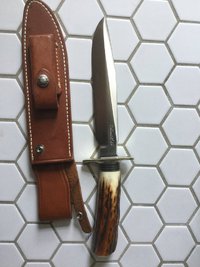 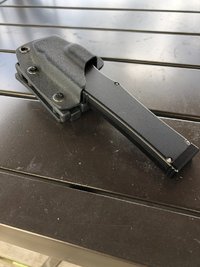 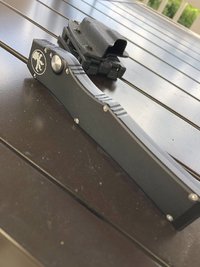 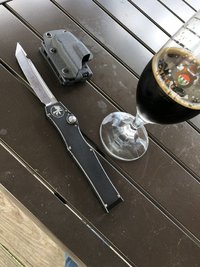 duuuuude,
Where can I find that carrying rig? That’s NICE.

jeffC said:
duuuuude,
Where can I find that carrying rig? That’s NICE.
Click to expand...