Firearm sales are riding the tailwinds of a shifting political landscape and growing partisan divides.

While it’s not unusual for sales to spike with a new administration pledging tighter gun restrictions, the riots, protests and Capitol insurrection of recent months have created a perfect storm for increased sales.

“January has been the busiest month for us since we’ve been in business,” Kee Firearms & Training owner Jeff Regnier said during an interview on Fox Business' "Varney & Co." “All day long, lines out the door, around the the building. It’s all day long.”

In just the past month, gun sales popped 80% year-over-year, in sync with the uptick in background checks and sales of firearms and ammunition. In January, 4.3 million people obtained background checks, up from 2.7 million in the same month last year. This follows a record-breaking year for background checks in 2020 with 39.7 million total.

Gun stores like Kee Firearms & Training, based in Chicago, have seen the rate of purchases increase over the past year, propelled by uncertainty and panic-buying. Sales grew to an unprecedented 2.1 million last March when pandemic-related lockdowns and stay-at-home orders went into effect.

Over the summer, mounting unrest and protests surrounding the killing of George Floyd and racial injustice forced many retailers to board up their stores, unleashing a new wave of hysterics among those in fear of the unknown and prospective constraints. Gun sales consequently climbed even higher and hit 2.8 million in June and 2.5 million in July.

Owners are saying that America’s deep political divide and growing concern that police will no longer be able to protect them is also driving up the influx of customers.

To further matters, President Biden has made promises to roll back Second Amendment rights as part of his agenda for his first 100 days in office, including an initiative that aims to ban assault rifles for the civilian market and high-capacity magazines.

“Fear is what is driving the market currently,” Regnier said. “ People are afraid for their safeties, so they want to protect their families. You see a lot of new-time gun buyers, a lot of women coming in to purchase firearms.” 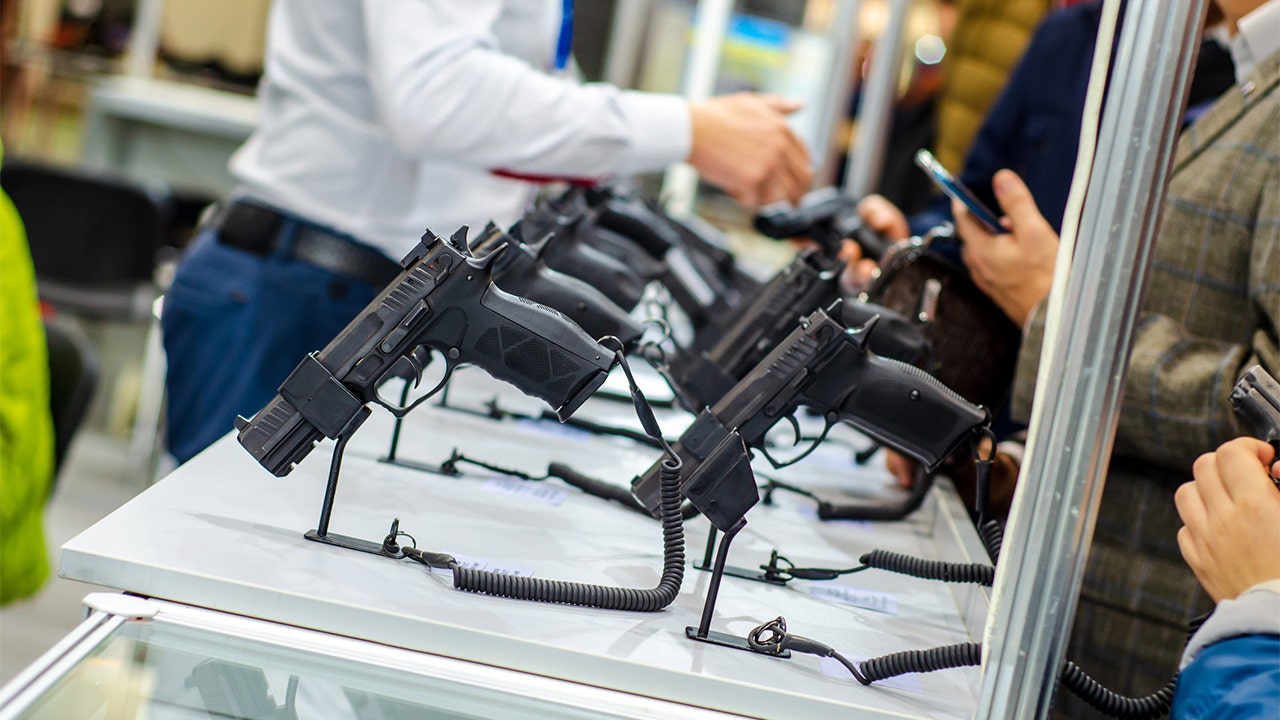 While it’s not unusual for sales to spike with a new administration pledging tighter gun restrictions, the past year’s riots, protests and Capitol insurrection have catapulted the perfect storm for what amounts to a dramatic increase.

We all know that gun sales are at an all time high.

How many more threads do we need on this subject ???

And at least half of them were started by you!

On Saturday, The Hill reported on the record surge in firearm sales and suggested that “spotty unrest” since the 2020 presidential election is a partial factor in the rush to buy a firearm. The column in The Hill, written by Jordan Williams, opened with: “Gun sales are on the rise across the...

Andreyah Garland, a 44-year-old single mother of three daughters, bought a shotgun in May for protection in the quaint middle-class town of Fishkill, New York. She joined a new and fast-growing local gun club to learn how to shoot. She has since applied for a pistol permit and constantly hunts...

Sales of guns to black and brown people surging

Good. It was a real treat to see the pearl-clutching from Senators Feinstein and Durbin over in the increase in gun sales this year and the idea that people should not be stripped of their 2A rights for non-violent felonies. What does it take to understand that some people have never been...

Gun sales have been rising nationwide for months but are specifically up in seven swing states as the November 3, 2020, election approaches. Fox News reports the Cook Political Report lists “Arizona, Florida, Michigan, Pennsylvania and Wisconsin as toss-ups” in the coming election. They also...

Americans Sense Something Is Wrong: Gun Sales Up 72%

Gun sales were up 72% compared to this time last year, with first-time buyers leading the pack. Americans are likely sensing that something is horribly wrong with the rigged system we are forced to live under. According to a report by the Washington Post, the National Sports Shooting...

The record numbers come at a time when the U.S. is gripped in a pandemic, an economic downturn and a racial reckoning over police brutality that has erupted at times into civil unrest Firearm-related background checks reached 3.9 million in June, the most since the tracking system was created...

Well, here we go again..... 'Gun sales and FBI background checks on purchasers soared in May, which recorded the third-highest level of checks ever in the 22-year history of the federal system. According to the FBI, there have already been more than 15 million background checks this year, used...

Gun sales surged in May as shops reported an uptick in interest and demand as the coronavirus pandemic continued and amid national protests after the Memorial Day killing of George Floyd. “Almost, you couldn’t even keep up with it - that’s how crazy it was,” said Joe Hawk, owner of Guns & Roses...

As the coronavirus pandemic grows, gun sales are surging in many states

TULSA, Okla. — David Stone snagged a cardboard box of .223-caliber ammunition from the shelf and slid it across the glass countertop, offering his go-to sales pitch: “Welcome to the biggest selection of ammunition in all of Oklahoma.” “I’m not sure I can keep on saying that,” Stone said...