I have a really good Coonhound, less than two years old, that needs a new home. He's got a heart of gold, a bark that sounds like a fog horn, and he's faster than any dog I've ever owned before.

We got him about a year ago, but recently my wife's grandmother had to move in with us for health reasons. Archie, the dog, has a lot of energy and she is worried he's going to knock her over. I hate giving him up. It really drives me nuts but apparently we can't put the old lady on an ice flow and wave as she floats away.

He's up to date on shots, he's fixed, he's house broken and crate trained, though we only use the crate when we leave the house and have to leave him behind. At night he sleeps on my six year old son's lower bunk at night, he's great with kids and other dogs, unknown about cats though.

A few things about him, good and bad.

He found a nest of rabbit babies in the back yard and gently, so gently he didn't hurt them at all, dug each one up and brought them to me. Never hurt even one of them.

When we first brought him home, my son and I were wrestling around and he thought I was hurting the boy. He grabbed my hand with his mouth and refused to let go until I stopped. He did not break the skin but he does have jaws of steel. I scolded him and sent him to his crate, but the next day I wanted to see what he would do. This time, instead of biting my hand, he laid across my son with his whole body so I couldn't get to him. Like I said, heart of gold.

The not as good. He's got a LOT of energy, he's young and likes to run. He WILL run away if you don't train him or have him in a fenced in area. He's come back, but he takes his own sweet time about it. He also likes to stand up and great you with his paws on your chest. Fine for most adults but someone older he might knock over. He doesn't do that with kids. He barks really loud. We have an anti-bark collar on him which works until he gets stubborn and doesn't care anymore (It sprays citronella in his face. Works most of the time but he can be stubborn).

He needs somewhere with either another dog or kids that will play with him. Lots of room to run would be great, or someone willing to train him for his intended purpose.

We've had him for around a year, a lady in a tiny apartment had him before us but obviously couldn't keep him.

He likes to be up high. He likes to climb on the back of the couch or chair.

We have all of the vet records he came with. He's listed as a "Coonhound, Treeing Walker/Mix - White". He's had a couple of different names, been rescued, and I hate doing this to him but I have no choice.

There is no "re-homing" fee, I just want him going somewhere good. I'll give you everything we have for him including a metal crate, whatever food we have, his toys, leash, bark collar, harness and whatnot.

He's good on walks but as a hound, anything he sees he wants to chase and tree, and he's strong and will pull until he figures out he's not supposed to.

I have more pics for anyone seriously interested in him. I'm located in Millbury, and I'll bring him wherever he needs to go if there's a good home at the end of the drive for him. I can't have him picked up at my house because my son will never let him go. Man, where'd that dust in my eyes come from?

PM me or email [email protected]

Last bump. I've got to find him a home asap and going to have to go through other channels. He's staring at me right now with those big dufus eyes of his like he knows what I'm posting...
You must log in or register to reply here.
Share:
Twitter Reddit Share Link 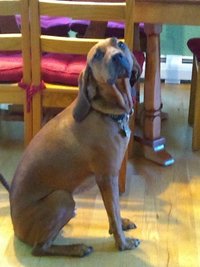 Free to a good home - A Red Bone Coonhound 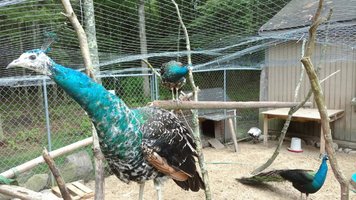 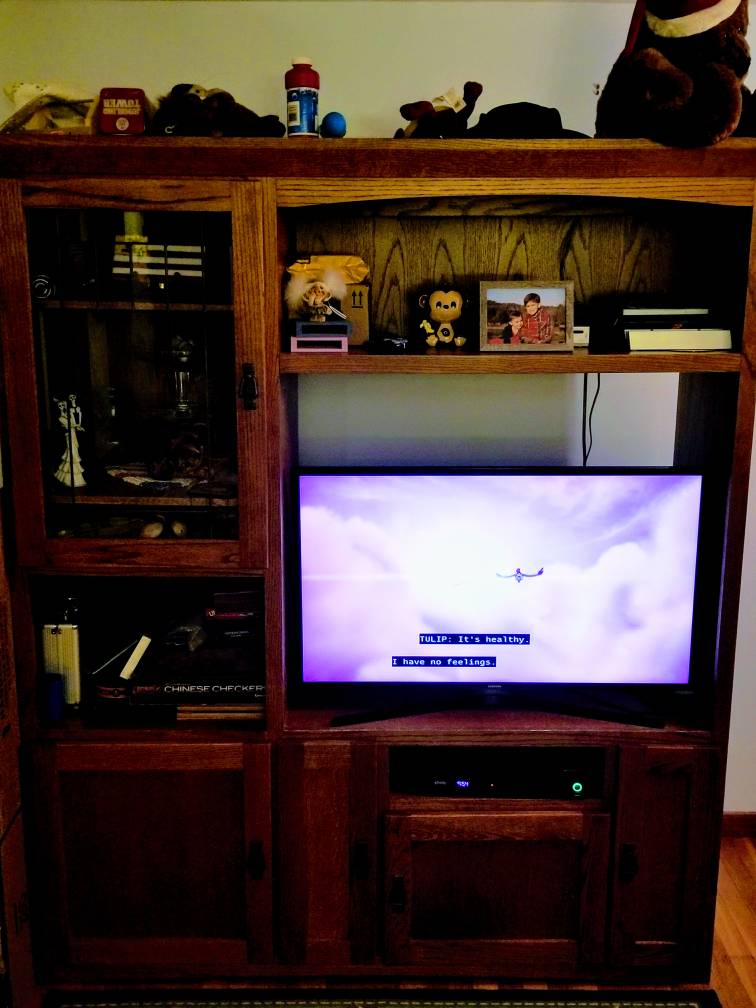 WTS Entertainment center, free to good home, PLEASE don't make me throw it off the deck

WTS Youth Pinnies - Free for a good cause