On this Thanksgiving Day, let me say this: God Bless America the only country on this shitty planet where you still have the freedom to build AKs in defense of Motherland! The only country where a shit shovel can become an awesome weapon of death and destruction.

Do you love gardening, do you have a tool shed? ​

Please be aware that hiding in your garage, there may be dozens of Killy, high-clip-capacitated, school-penetrating, children-hating, Assault Weapons of mAss Destruction! Please send this message to all your libtard friends to make sure that they call 911 when they encounter anything that looks like a shovel. Thousands of hardware and home improvement stores are selling AKs through the "shovel" loophole to anyone!

When I was driving through VT backroads this fall, I stopped at a gun shop and seeing a few ARs made me feel gay enough to visit a dilapidated "antique barn" where farmers sell authentic shit from the local dump to idiot tourists. When I smelled a much stronger odor of cow shit, I saw this shovel and the image of the AK handle came to my exasperated mind. Flustered old dude was suspicious of a comrade in a BMW, on less traveled gravel roads of VT, who barely spoke English and needed a shit shovel "for my trunk" but let it go for $2. That's the best $2 I ever spent, closely behind that one time in Montreal - but that's another story.

I cut the handle from the shovel and fashioned it into a buttstock for my Bulgy AK with ever changing furniture. This new butt stock had proven to be surprisingly comfortable.

What kind of AK is it?

What kind of stock is it?

Did you start drinking again?

Well, this is not the end, it's a beginning, because one night I was drinking with the shovel and contemplating what to do with it. It's funny, when you are sober, you can' understand how a shovel can share with you a delicious drink of vodka. So I said to shovel, I will re-unite you with your handle and we had another round of drinks to celebrate! ... and then I cut it up.

To start, I wanted to anneal the shovel and pound it flat enough. To accomplish this I pissed into the furnace and lit it on fire. Then I added some waste motor oil to get to higher temps.

This was a sunny day, but furnace temperature is considerably brighter than any surface around, so camera makes it look like night.

The layer of oxide is completely industructable.

To get rails straight, the trick is to bend them first

After that, receiver can be bent just like a regular AK receiver from a blank

I even added Maadi style dimples

Various holes were cut free hand with plasma torch, as you can see by the jagged edges I haven't been drinking

and now we fit a highly collectable Romy trunnion

Dimension wise, I just eyeballed them to get close enough and sandblasted them for welding onto receiver

Spotwelding them did not work out too well, as receiver thickness is a bit thicker than regular AK receiver flats, so I cut 1/4 inch holes to weld rails through.

While at it, I figured to cut out the selector key hole

Then the rails are welded around and to the receiver

Now for the barrel blank ... I am working with a cheapo $200, barelles kit so I figured I need to make my own barrel. I got an AK barrel blank ($30), profiled trunnion end, chambered it and cut extractor wedge. The chamber is probably barely good enough to be a machine-gun chamber, definately not a precision job. I lobbed off the end of the blank to bring overall length to 16.25".

I have then rivetized the trunnion

Barrel was hammered in (press is broken again) and headspaced

Since I was on a roll, I riveted a scope side mount that was kicking around.

Here is a pic of an AK receiver and Shovel AK receiver. The latter is almost 2.5 times thicker and it feels like a rock. Shit, I tried to pound some dents out of the receiver and the hammer got dented, because in communist mAssachusetts receiver dents you!

This receiver turned out to be stiffer than me watching full-featured film of Michael Kalashnikov doing Polina Porizkova in a heavy KVI tank on board of a navy destroyer in a midst of a battle.

For all you AR fan boys, this is what M16 and a Romy AK crushed receivers look like.

You can not bend this back

Then I riveted a whole bunch more shit

Sight block, gas block and front sight were just welded onto the barrel.

My awesome and super-collectible Romy kit included kick-ass furniture, like this gas tube with "Mihaela" on it and 12 notches. I don't get it, Mihaela is a Romanian female name and the guy only scored 12 of them.

I drilled the gas port after gas block was welded

I put a $30 cheap scope with a double rail and WTF, since it had a second rail I added a cheap laser to go with it. The bolt on the scope needed periodic tightening, may be I need lubricate them with cat turds? Laser took off after about 20 rounds.

After 50-60 rounds, the barrel was slightly warm. The height adjustment knob on the scope came off, which explained why it would click sometimes and sometimes not. Once I pulled it off, I could adjust fine.

Here is my target at 50 yards:

Keep in mind that:

The look on your competitor's face with an expensive AR when he finds out that he have been outshot by a $2 shit-shovel .... priceless!

In the name of Michael Timofeevich Kalashnikov ... and Flintoid ... and vodka ... you are no longer a shit shovel, you are glorious AK for defense of Motherland!

Location
North of the Notches NH

Going through this post with a beer has been the highlight of my night. Waaay better than anything on Netflix. Outrageously entertaining. My hats off to you sir.

Dammit, there's a tear in my eye. I think I need to go to the next AK build party.

This is so cool haha.

Location
The Western side of HELL

there are no words to explain how awesome this really is.

To start, I wanted to anneal the shovel and pound it flat enough. To accomplish this I pissed into the furnace and lit it on fire. Then I added some waste motor oil to get to higher temps.
Click to expand...

that is fantastic in every sense of the word!

Thank you for sharing this with us.

Please remind everyone to never engage in a pissing contest with you.

Location
Let me check my GPS

I declare this thread...

ETA: After consultation with Supreme Committee it is determined that Boris be awarded the following medal: 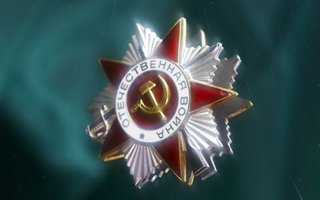 Location
In the middle of the iron curtain.

And this my friend is why i don't post my builds, yours are so much more entertaining! So much win in this thread.

Edit, i gotta see this thing. I have wanted a bull barrel ak for a while.

Boris that is awesome !!!! I am going to home depot to buy a shovel so i have a preban. Martha aint going to like this!!!!!

Where did Boris go, last I heard there was a Helicopter hovering over his house.

"I want to party with you" Bill Murray.

There are no words. Amazing.

That was awesome...best post ever! Great start to turkey day.

Its beautiful.
You win.

You have way too much time on your hands friend.....you need a hobby

I call Boris for my Survival Network!!

I was embarrassed to be seen with my cheap AR build in the presence of such holiness.....

The only thing I have to say is that if any of you out there are even skeptical about converting a Saiga after reading about this build, you need to drive to Boris' house and lick the soles of his boots and beg for forgiveness.

Oh... and Boris needs his own sub-section in the Build It Yourself section here on NES.

Didn't bother reading a word of this thread, just set the mouse to autoscroll down and laughed hysterically until the end. That was awesome.

I am going to reiterate some of the above:
You have too much time on your hands
I love you this is awesome ~


This needs to be a sticky

Boris, you are truly awesome.

You, Sir, have won the Internet.

While I still think you should've mounted the blade to the front of the rifle and the handle as the stock, this is pretty cool too.

Boris, you're my hero.