A fun project with a back story. A fellow calls me from the northwest and wants a 1911 built for his brother- on his dads military 1911. The dad was a radioman in the service, they called them "Static Chasers". So he sends me the WWII donor gun which was an Ithaca base with a Colt slide. It had been coated at some point in black. He wanted a competition style 1911 single stack for his left handed brother. He gave me a specific list of details like FCS, a BoMar style rear with rounded corners. A thumb guard for high riding the slide. A magwell. He also wanted engraving g in honor of their father "Static Chaser" and monograming. The Colt slide had some cracks at the ejection port- really not good for an action shooting gun. I secured a Caspian slide. The frame was good and had been hand checkered at some point. It was OK. The barrel is Kart, all E2 internals and EGW bushing, grip safety and thumb safety cut for a lefty. Dave Clevinger did an awesome job with the engraving. The finish is blue over hard chrome. The grips are a spalted maple by John Aho.
Its a tight shooter and should be run hard in the future. A great family heirloom with history. 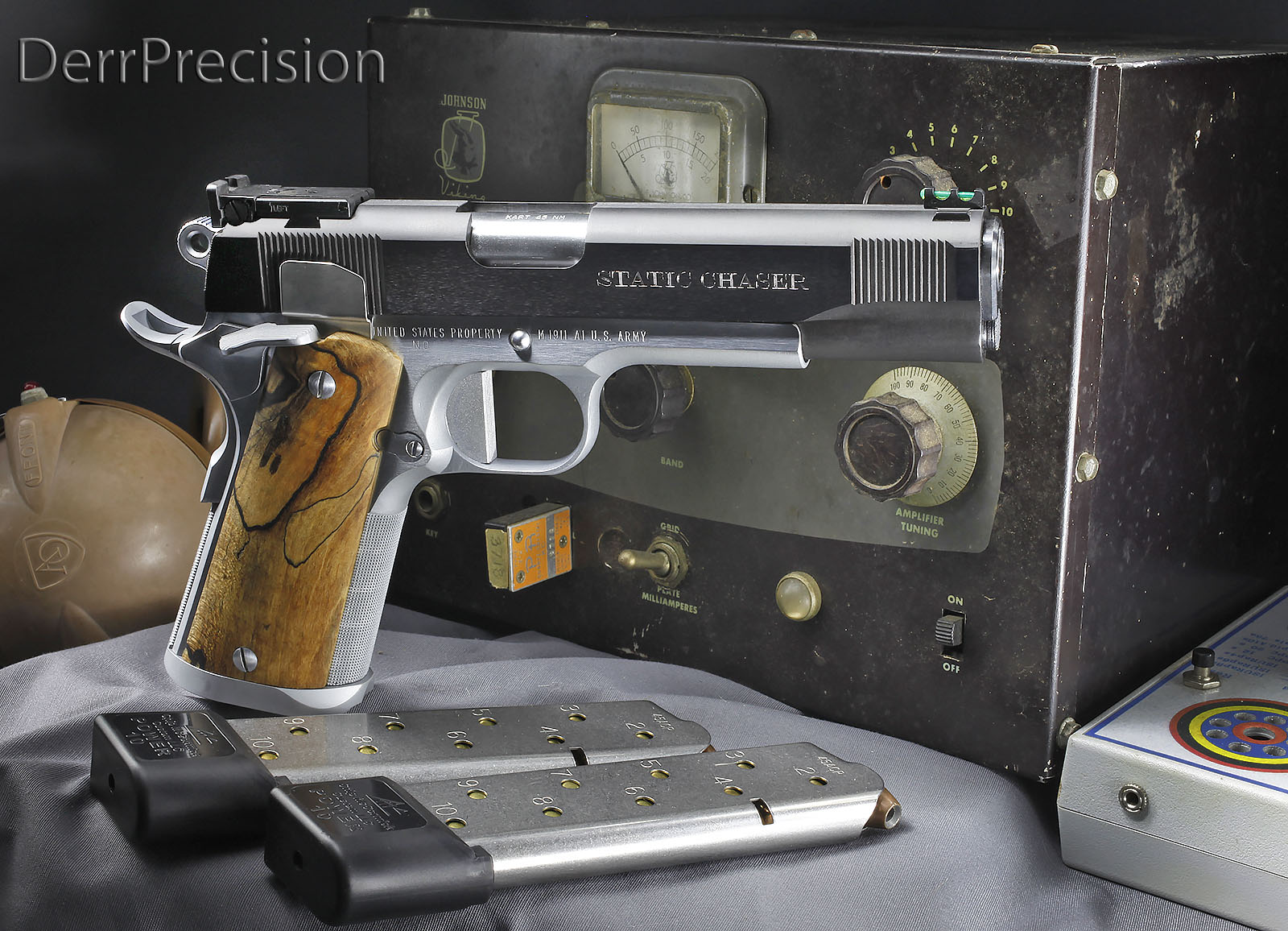 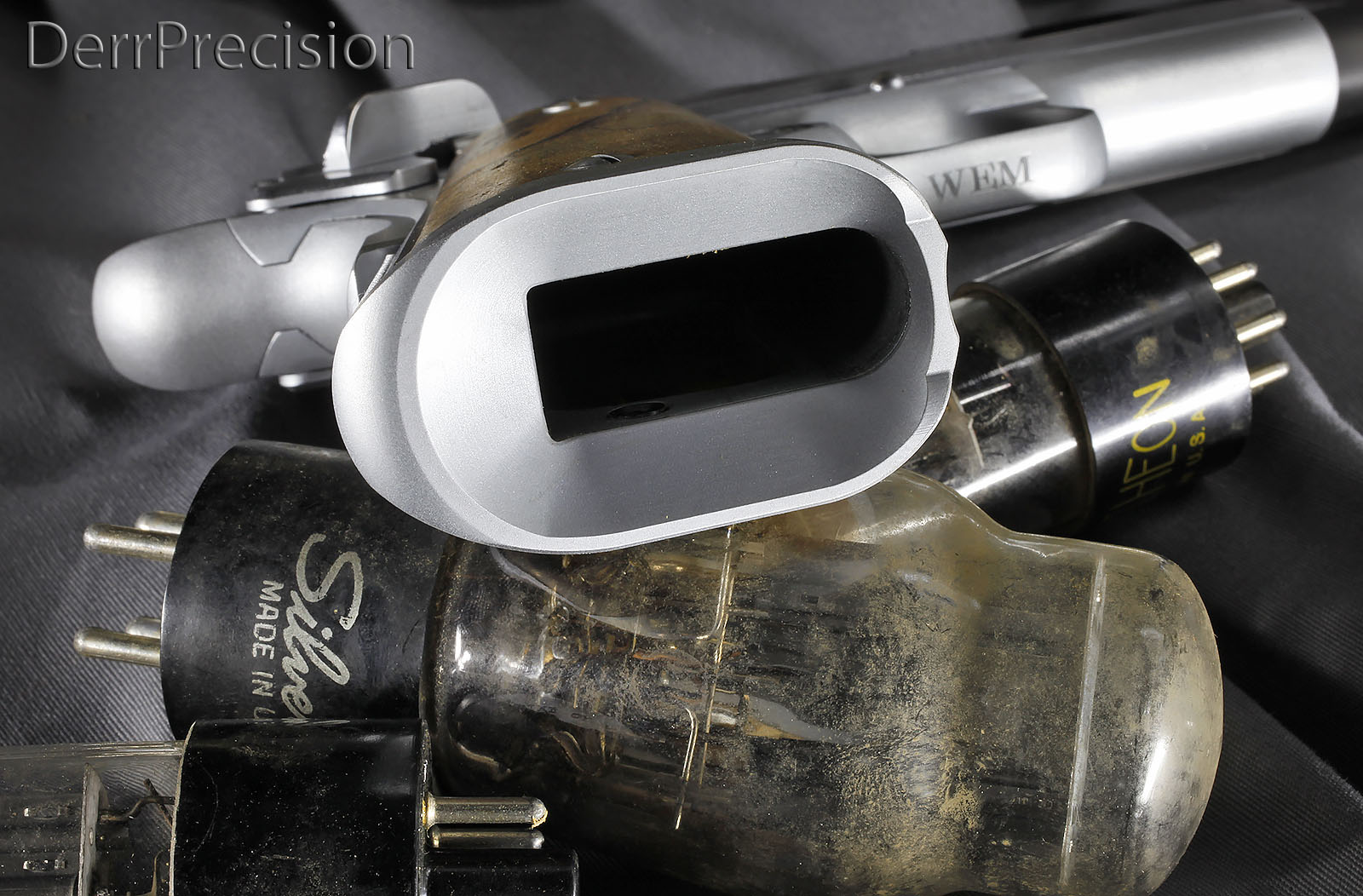 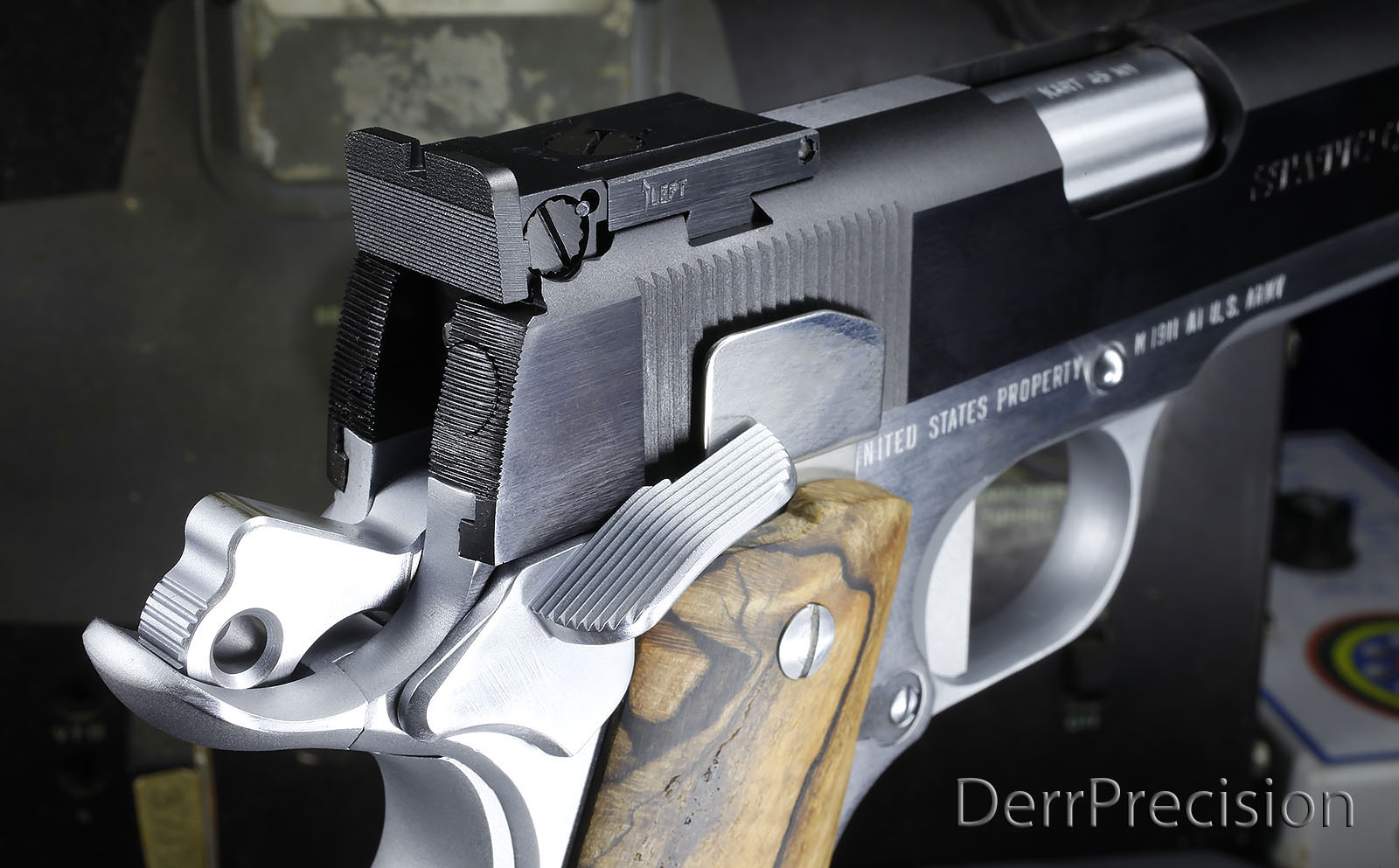 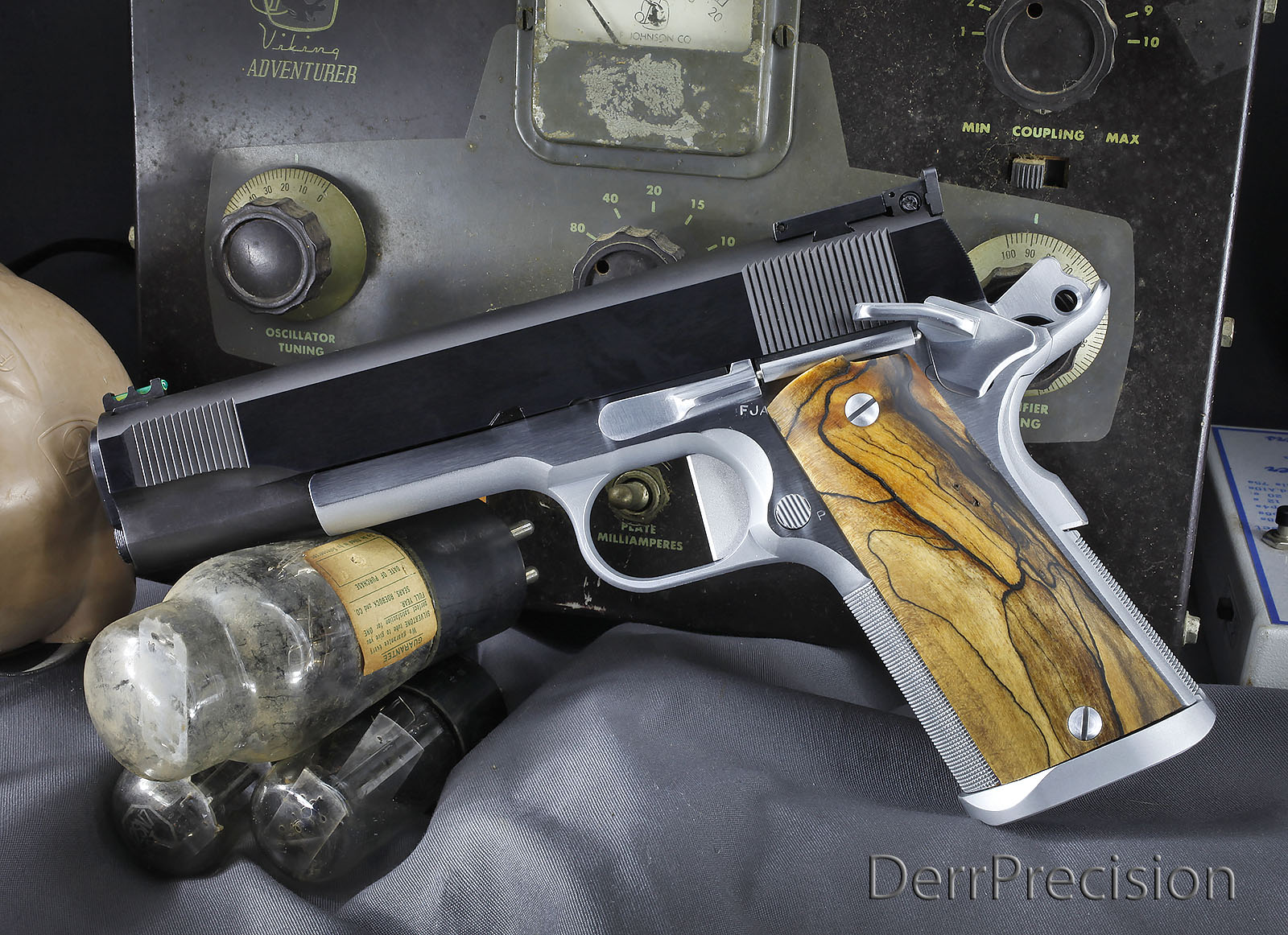 Your work is definably of a higher frequency..

@Greg Derr , do you have a Hollywood prop department on speed dial for the 'after' photographs?

That reminds me to ask are you proceeding with a coffee table book of your work? I would be a solid "IN" for one.

Thanks for continuing to share your work here on NES. Matt.