Collings Foundation B17 crash at BDL

snax said:
Yes. My kids were at an event at nashua airport.
They had that b17, a b24, a b25, a mustang, and a few others.
The mustang did a fly by, what a sweet sound those make.
Those radial engines in the bombers sound pretty sweet too.
Shame it went down. We need to keep that history alive.
Click to expand...

Damn, that sucks. I was in Hollis by the Nashua line.
R

I saw it this weekend flying around, so cool to see. I think there are only a small handful left that are still airworthy. Very sad. Hope everyone will be OK.

I believe this is the young man you refer to:


Garys said:
I think that there is a member here whose son is a pilot for Collins. I forget the details, because that thread is a few years old. Hoping that he wasn't on the plane. From the video, it doesn't look good for the passengers and crew.
Click to expand...

Oh no - hope everyone is safe. Tragedy to lose such an important piece of history.

How many are left flying now? 1?

HorizontalHunter said:
Does that make it a Troupe?

Article said the B17 just took of and was circling back to land. Must have been a mechanical problem. One person Medflighted.

So sad, prayers and thoughts for survivors and Family/Friends of those lost in this tragedy.

The footage doesn't show much left of the plane, and it sounds like it went up in flames right away. I wonder how many of the 6 injured were on the ground.
W

News conference now, CT state police said there were fatalities, no word on who or how many. One guy in the building also injured. Pilot tried to return to BDL, circled around and lost control on landing.
M

The link from the OP says 2 dead, one injured on the ground.

I remember standing in awe last summer at the dump when that plane flew overhead.
S

at least 3 fatalities I've heard, 13 people on board.
Fatalities confirmed in crash of WWII B-17 bomber at Bradley International Airport

Connecticut Department of Emergency Services and Public Protection Commissioner James Rovella said at a news conference that there were 13 people on board the plane at the time, including 10 passengers and three crew members. Rovella added that one person was also on the ground in a maintenance facility when the plane crashed.


"There are fatalities," he told reporters, adding that it was "far too early" to discuss specific numbers because of the complexities of the crash scene and victims who have burn injuries.

Shame all around. Poor people and sad to loose a precious bit of history.

Lets keep this in the original thread:

The original thread by 2 minutes:

I live about 10 miles from the airport and my son-in-law is the manager of Signature Air, the major FBO at Bradley. The b17 was the one Collins has been traveling around with the B24 and B25. Witnesses say the plane took off and lost #3 engine, turned to return to the field and didn't make it. IT crashed into what's essentially a fuel farm at the end of the runway. From the photos there literally nothing left other than the left wing and tail. You can't make out anything remotely like a fuse or right wing. One of the witnesses claims that the landing gear were not down and the props literally chewed into the runway as it landed. My brother's best friend and his two buddies were there to fly today. My bro's buddy let his friends go first......they were on that flight. One walked away, the other no one knows yet. I've flown on the B24 and can tell you that it's an experience that you can get anywhere else. It's an authentic taste of WWII. My dad flew the B24 in the war.

The fella who used to post here on NES just posted this on FaceBook about his son. Thank God.

"one of Robs planes. The B-17 Just crashed at Bradley airport. My son is fine, he was not flying the plane. Giant fireball. Serious injuries and more reported by press"

richc said:
I believe this is the young man you refer to:

What a terrible loss, of people and history.

Sad, sad news.
I rode in that aircraft some years ago, it was a highlight of my life.
Godspeed to all aboard.

I flew on that plane with a buddy a couple weeks ago out of Worcester. Been glued to the news all morning. Such a wonderful crew and majestic plane. Horrific. My heart goes out to those who perished. Hope and prayers for the survivors. So very sad.

This ruined my day.

We saw this plane a few weeks ago at Worcester. Sad to see us lose won, even worse that there were crew and customers aboard.

RIP souls & plane
Drove by BDL earlier today. Looks like the plane hit just southwest of the passenger terminals. Still no flights in or out.

Prayers sent up to all on board.


My dad had the job of cutting up the crashed on landing bombers on tinian ,
He would use a burning torch to make smaller chunks so the bulldozers could push them off the runway, to keep it open.
Last edited: Oct 2, 2019

I just took a pic of that plane over the weekend when it flew over my kids school during homecoming week. Sad to lose such a neat piece of history.

I was just inside that B17 less than 1 week ago in Auburn, ME. If I want going on a trip next week and needed the cash, I'd have ponied up the $450 for a flight in her. 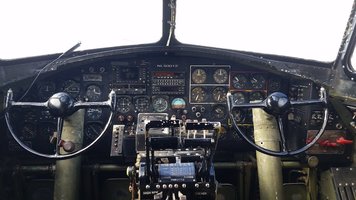 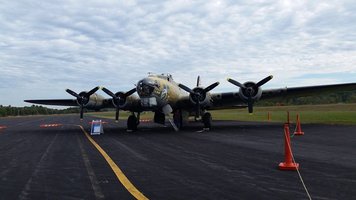 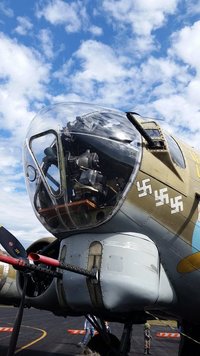