NOTE: Thursday night before this class I sliced my thumb down to the bone with a mendelian vegetable slicer. It was a very bad slice, almost took my thumb off from the closest knuckle from my thumbnail. Stitches were needed, however, my wife (RN) and myself took care of it so I would not have to go into the emergency department. Quick clot, gauze, tape until the bleeding stopped (+/- 12ish hours) then butterfly, gauze, tape, and super glue. Wise choice? probably not but I am stubborn. I should have not attended this class, but I thought it would be a very good training experience. Worst case I would shoot it weak hand only.
----
I have taken this class a few times before so I knew what to expect, but I was anxious because my thumb was throbbing and any pressure was really painful. I loaded my body up with Acetaminophen as Ibuprofen would thin my blood and I need the bleeding to stay “stopped” and pushed negative thoughts out of my head. I keep telling myself to use this training time to learn how to work around the pain, this was a safe place where I could fail without life-ending consequences. I keep repeating to myself “..this opportunity was a gift, use it wisely..”

We went over the draw from a holster, how to clear our cover garment, sight alignment, sight picture, and trigger reset and follow through after the shot. We were taught to say STOP in a commanding, move off the X draw our pistol, and then go into the Wyatt Protocol (FAST) Fight, Access, Scan, and Top-off. We did this slowly until we all got it down and understood it fully. My first shot with my hand was interesting. I could not grip the “f*** out it” as I had been taught, I had to modify my grip a little to accommodate my wrapped up thumb. When the shot broke, I almost dropped the gun due to the electrical shot of pain in my hand as the gun went off. I was ¼” low of where I wanted the shot to hit. f***! This was going to be a long painful day…. I made myself push any negative thoughts out of my head and keep telling myself to use this experience well. We shot some more at a slow pace practicing our movement, our command voice & FAST. I was figuring out how to hold my gun without too much surging pain.

We added dummy rounds in each magazine to replicate a malfunction and was shown how to fix them. I found trying to push the magazine release with that thumb was a NO-GO! I had to press it with my support hand index finger as I brought up the fresh magazine.

We were shown where to shoot a person and how to adjust our point of impact due to not being straight in front of the bad-guy. We needed heart shots first, brain shots second, and the middle of the biggest piece of the bad-guys body showing third. Shoot only until the bad-guy stops doing bad shit. Brian would say any misses out in the real world and we became an active shooter! That has always stuck with me. Powerful words. We practiced multiple heart shots and brain shots fixing malfunctions as the dummy rounds were loaded into the chamber. I was finding my grove, making it work with acceptable accuracy. This has shown me the importance of a really firm/tight/solid grip on the pistol.

We shot one-handed both the strong side and the weak side. That was the worst for me. Strongside only was extremely painful for me. A few iterations without my support hand to help brace the recoil I felt tears running down my cheeks. I keep telling myself this was the closest way I could train as if I was hurt in a gunfight. SUCK IT UP and learn how to do it. Bad-guys don’t care about my poor thumb!

I felt the gun slipping and thought my hand was sweating. My gun was covered in blood, a surge of adrenaline shot into me and I freaked out. FUUUUUCCCCK! I took a break and removed the bloody bandages, opened some quick clot gauze and wrapped it as tight as I could, and then duct-taped the shit out of my thumb and hand. I poured water over my gun to get all the blood off, dried it, and got back into the class.

As Brian would watch the line his attention to detail for perfect form and technique was OCD’ish. Nothing gets by him. He would always be saying remember why you are here, that bad guy wants to KILL YOU. You need to be hard to kill. Move on those reloads. Get off the X do it NOW! In his commanding voice!

We shot from kneeling and from our backs...fighting to our feet and slamming accurate deadly fire into the heart. He would walk the line giving us polite correction where needed. (NOT ALL INSTRUCTORS ARE SO POLITE WHEN CORRECTING YOU!)

All through the day, we were reminded to be in the mindset of someone is trying to kill us. We were being made into hard to kill good people with the mindset to win with whatever we had. We shot while moving forward and moving backward. “..Good shooters know the shots they can make. Excellent shooters know the shots they can’t make…” If we were too far from the target to make accurate deadly fire, we would not shoot until we were confident that we could hit what we’re aiming at. “…If we start hitting innocent people now we are an active shooter...”

Day two started with the mindset lecture. I loved the lecture and got some important information that I had missed. The three battles you must fight. The gunbattle, the legal battle, and the emotional battle. You will not only learn how to survive these battles but win these battles. The lecture was a life-changing experience for me the first time I went through the class. This is why you take this class! If you have not experienced his mindset/deadly shooting lecture and you carry a gun, you are ill-equipped in my opinion. It’s more important than the shooting part of the class.

After the lecture, we headed back on the range we did our medical briefing and safety briefing and called out the medical professional in class to remind who it was. We went over the procedure in case there was a training accident again.

We shot right up against the target in retention position. Love the feeling of the gun shooting so close. f***ING AWESOME! We practice these until everyone was comfortable with the muzzle blast being so close. I absolutely loved it. My Favorite drills!

Brian set up barrels to simulate cover and a steel target and a paper target to shoot at. He showed us the correct way to use cover and not to show target indicators. We were shown supine/fetal position shooting behind cover.

Our final exercise was a long string of fire with everything we had learned in the two days. One at a time we would line up do a correct draw while moving off the X aim at the bad guy's heart and move behind cover. He would say bad guy number one is down bad-guy number two has shown up. We would engage the bad guy from behind to cover, multiple shots, and move to a different elevation or side of cover. Standing, kneeling, supine/fetal. Doing mag changes correctly when needed. Once Brian would tell us that bad guy was down, we were to scan and top off. Based on what we were taught at the lecture, Brian would have us make the 911 call (simulated, of course, Brian as the operator). We debriefed, talked about something we learned, certificates, and fist bumps were given, and we were done. I was sad the class was over.

FANTASTIC CLASS!! Brian is so confident in his material and his instruction that at the end of the class he offers you your money back if you did not think you got what you paid for it. We should have given him more money. We got much more out in the knowledge, practice, and repetition than we paid for. EASY DECISION! Brian is a great instructor. He tells you a few times what he wants, he shows you how he wants it done and tells you again what he wants… I like that.
##

No website by choice. Email or call Brian for an invitation to a class. You will not regret it. Full money-back guarantee. 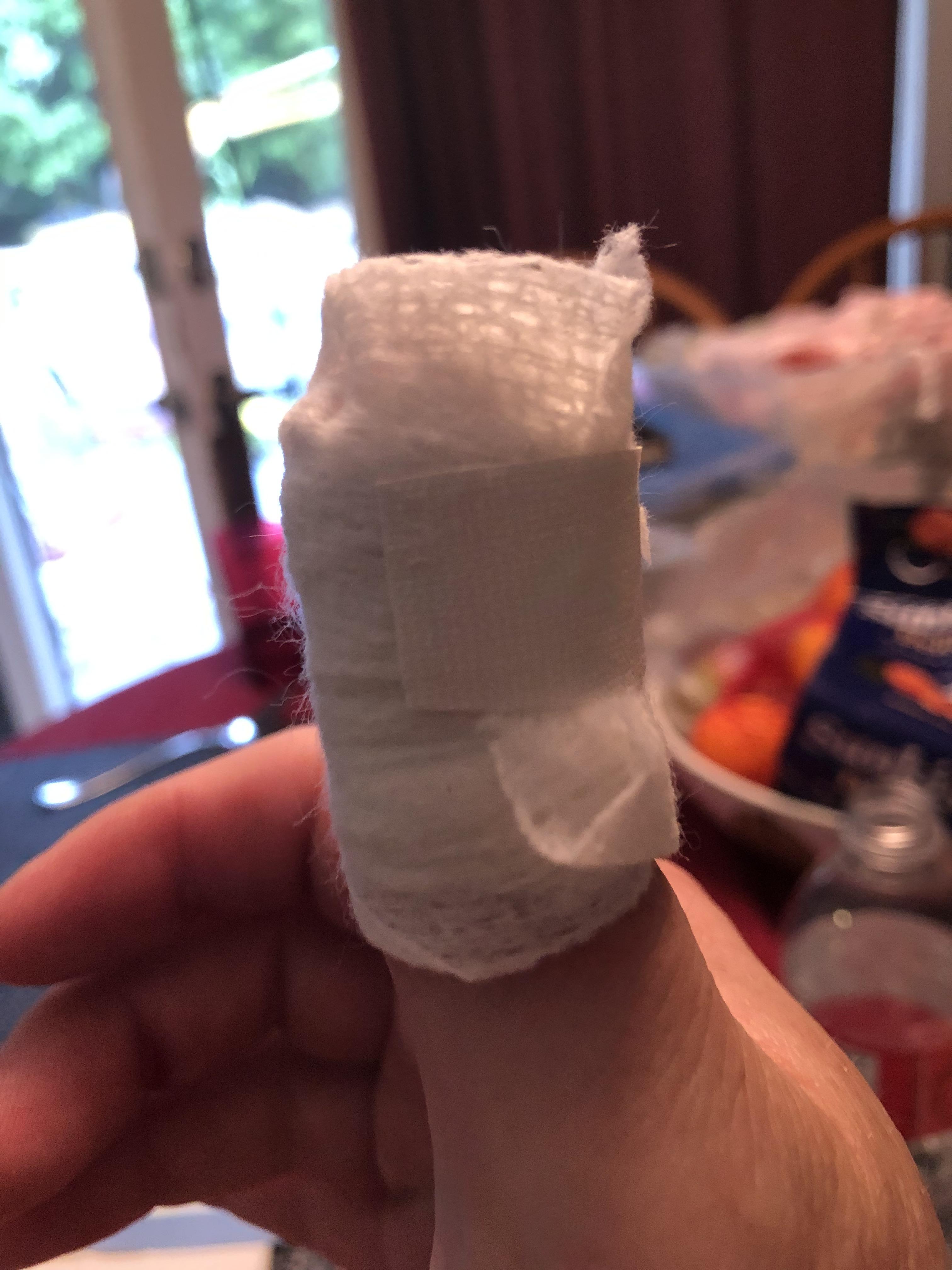 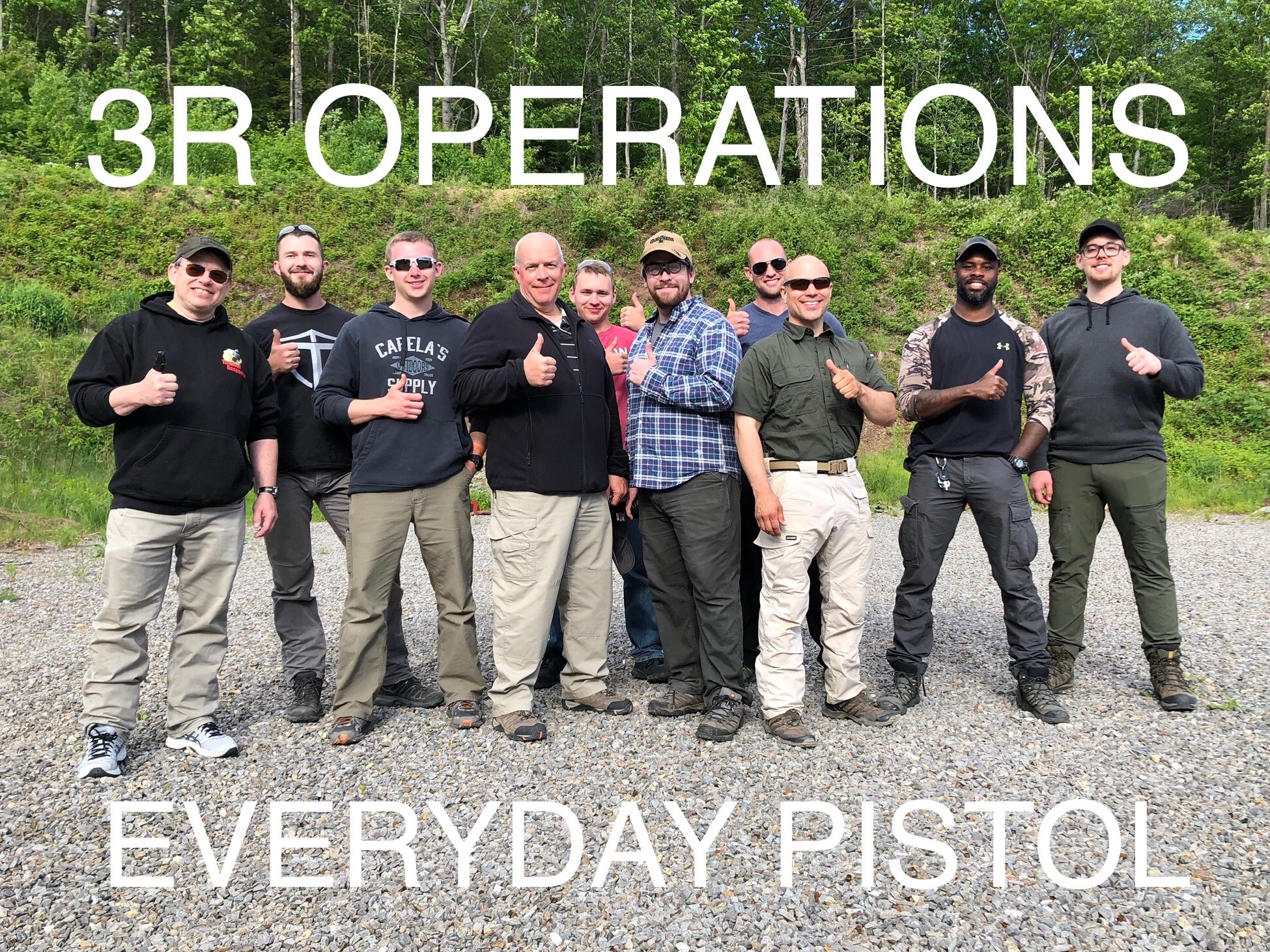