paulleve said:
The boxes look very similar! For anyone looking, make sure it says Christmas Wish on the box and includes the sundial and compass in the artwork on the front! ...
Click to expand...

The compass and sundial are pointed to by a fat curved green arrow.

And there is the illustration of a green satin ribbon and two ornate green satin bows
drawn "tied" around the muzzle end of the box.

"A Christmas Wish" is written at least once in red or white (as appropriate)
in at least one place on all six sides of the box.

paulleve said:
The boxes look very similar! For anyone looking, make sure it says Christmas Wish on the box and includes the sundial and compass in the artwork on the front! They had both versions in Ware, and I thought there were about 20 Christmas Story models in the case until I took a closer look...
Click to expand...

Plenty on the shelf at the Oxford Walmart as I type this...couldn’t resist grabbing one myself! 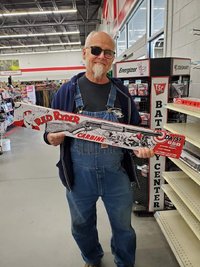 paulleve said:
I just dropped by Walmart and saw a Red Ryder display set up near the ammo case. What caught my eye was the mention of a compass in the stock and sundial. For $25 I figured I could use at least one more of these, so I picked this up.

It's not bad if you want one to actually shoot. The compass is pressed into the wood, and the compass freely spins. Definitely a cost effective gift for someone who loves A Christmas Story.

Daisy originally released the "Christmas Dream" model in 1983 and 1984 after the movie was released. It's definitely easy to tell them apart, considering the new one has the compass and sundial on the right side. This is actually true to the movie version.

Here's a closeup comparison of the new one and a 1984 model.

Just a little trivia: the original ones come in large and small compass versions. The small compasses are generally found on the 1983 rifles, and came from a variety of sources. (I think I have about three different small compass stocks). The larger compass is marked Daisy, and is usually found on the later 1984 rifles. Daisy sold off their extra stocks after the production run, so many of the ones that pop up for big money around Christmas are actually fakes created by adding an original stock to whatever Red Ryder is sitting around.

The Daisy Museum has also sold commemorative models on every five year anniversary of the movie, starting in 1983. These are much nicer than this $25 rifle, and come with walnut stocks that are laser engraved. The first few aslo came with certificates of authenticity made out in the name of your choice.
Click to expand...

Shit I got one for my son last summer. I think I paid $50

i we are talkin' xmas presents.... 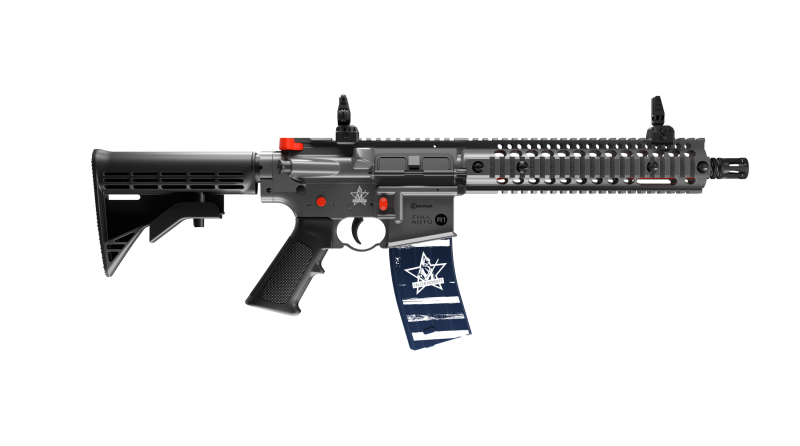