Californians who don’t qualify for free health care to pay for illegals who do qualify
California will now fine residents who don’t buy health insurance to help pay for the health care of illegal aliens.

California will become the first in the nation to offer state-funded health care coverage for illegal immigrants under age 26 at the cost of $98 million, and to shore up money the state will fine people for not purchasing insurance.

“The fines were initially implemented as part of the federal Affordable Care Act law known as Obamacare, but Republicans [on the federal level] acted in 2017 to roll them back,” reported the Sacramento Bee. “Newsom and legislative leaders say re-imposing the penalty at the state level will shore up the state’s health insurance marketplace and keep premiums from rising dramatically.”

Please slide into the sea so that Nevada becomes becomes the the new west coast.

$98 million with no time frame?

Per year/quarter/month? If they claim per year, I don’t know who would buy that lie.

The demand for "free" healthcare is unlimited. Why even bother to budget a number?

What the demorats are doing is sliding the crimmigrants into Medi-Cal, which is the state Medicaid program.

Medicaid costs are mostly underwritten by the federal government reimbursement....so WE are paying for it. The re-imposition of the fine is a drop in the bucket of the funding costs.

As an example, MA spends over 16 BILLION in medicaid. Health Care in Massachusetts - MassBudget

Multiply that by CA population, and you could easily get to 98 million PER DAY in spending

Feds should stop reimbursing CA immediately now that the state is openly defrauding the program for ineligible persons.

This is ONLY for illegals.

Otherwise, there are programs in place. So 98M seems like a fair sum to cover "children" under Obamacare type plan. (When did children become 26???? I know, Obamacare. But seriously! 26???? Please!)

Dennis in MA said:
It's per year.

This is ONLY for illegals.

Otherwise, there are programs in place. So 98M seems like a fair sum to cover "children" under Obamacare type plan. (When did children become 26???? I know, Obamacare. But seriously! 26???? Please!)
Click to expand...

Well, since the brain isn't fully developed until the age of 26, I think that should be the voting age.
G

Problem is, no one knows how old the illegals are since they have no documentation, so they could be getting healthcare until 35 or 40. The other dumb thing is CA expects to pay for this by taxing citizens that don't have health insurance, maybe because they can't afford it. This makes no sense at all.

It's also FREE healthcare for MS13 and other gangs!

Well, we take it from them. They never lie about stuff, right?

Rooooney Castillllloooooo. He came to the Sox 5-6 years ago from Coobic defection. They bid highest. I think he claimed to be 9 years old. He was 102. Steals bases with a cane now.

OK, it's not that bad. But they gave him $70 million (through next season - then he retires because he's not worth 1/4 of what he's paid). But he definitely lied about his age to get onto the Sox payroll. I think he said he was 2 yrs younger than he really was. He's 31 now. He will be 32+ when his contract is up. WTF good is he then????

Parody on the old "If you think education is expensive..."

If you think healthcare is expensive now, just wait until it's free.
Click to expand... 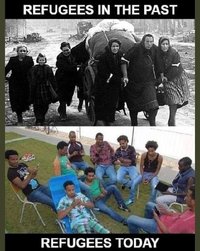 This is amazing. I hope more illegals move there.

We should print this out and pass the flyers at every Boston restaurant.

I love how the citizens voted for these people, and now these people turn around and f*** them in the a**.

You get what you vote for.

Doesn't MA have pretty much the same thing? Romneycare?

MA states illegals aren't eligible for MassHealth. They have to provide false documents to get on it with a wink and a nod. CA is letting the freak flag fly and stating ILLEGAL ALIENS WELCOME!

mibro said:
The demand for "free" healthcare is unlimited. Why even bother to budget a number?
Click to expand...

Budgets and frugality and logic are just tools of the white patriarchy. Stop oppressing me.

Waher said:
Feds should stop reimbursing CA immediately now that the state is openly defrauding the program for ineligible persons.
Click to expand...

i totally agree. WHY does the American Taxpayer have to fund their communistic dreams?

Spanz said:
i totally agree. WHY does the American Taxpayer have to fund their communistic dreams?
Click to expand...

Because they can't possibly fund it themselves?

Broccoli Iglesias said:
You get what you vote for.

We already do this in MA It was started by Mitt with his version of Health Care for all.
F 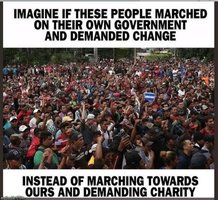 That's actually what I've argued in the past about this whole immigration thing.

Lefties say that they're only trying to make the world a better place - and they seem to constantly have a boner for "revolution".

By allowing the third world to keep sending people here, what they're doing is supply a safety valve - so that nothing ever changes in those countries. Because the people with motivation say "phuck this" - and leave.

If you FORCED them to stay - by refusing to let them come here, then maybe those same people would be pissed off enough to say "phuck this" and actually try to change something IN THEIR COUNTRIES.

I also believe that Mexico uses this country as a dumping ground to get rid of "extra" people , and because the people who come here send money home so it helps support Mexico. But one of these things doesn't cancel out the other one - they're all going on at the same time.

Obama: Legalize illegals to get them health care
2

Obama: Legalize illegals to get them health care