Boston University lecturer, 38, 'was crushed to death by elevator when she overloaded it with a package

Speaking of elevator safety, when I was a kid, my father took me to New York City, and he and I visited a bunch of his business contacts, many of whom were these old bastards in little "hole in the wall" offices and workshops in old-tyme, "big dump city" buildings, many stories tall. I don't know what "type" of buildings they were....picture a 10-15ish story, old (1920s?) office building, etc. I guess 100 years ago, they would have been "skyscrapers" and at the time probably housed workshops, small manufacturers, garment shops, offices, maybe warehouse space, etc. Anyway, all my Dad's friends and contacts worked in these dumpy old buildings, and looking back decades later, I now realize that every one of these guys looked (to me) like the old Jewish guy "Saul" that Eddie Murphy played in "Coming to America".

Well....I love cool old buildings, and during one meeting with "Saul", Dad let me explore the creepy corridors and stairwells on my own (I was about 8 or 9) as he was wheeling and dealing with Eddie Murphy/Saul.

I explored every nook and cranny of X number of floors, janitor closets, open rooms, hallways, etc. There were lots of tenant vacancies, and the building was really in pretty shitty, I'll call it "uncared for", unrestored condition. It was a poorly-lit, nearly empty, abandoned-feeling shitty old building.

I ran up the stairs to the top floor, turned into the corridor at the top, and was about to bang a hard right into the open elevator door......HALT!!! It was an empty shaft with no doors, and just a piece of plywood, about 3' tall and placed across the width of the opening, blocking it. No sign. No yellow tape. Just a plywood board, leaning against where the opening was. I peered over it and down.....it was dark as night and a loooong f***ing way down. There was a small piece of wood on the floor, like a doorstop but just a piece of scrap....and I held it over the shaft and let it go. It was, or seemed like, a whole bunch of seconds before it hit something, below.

I got a real funny feeling in my stomach over what almost happened, and calmly and slowly walked downstairs and found my Dad.

That was 40 years ago and the thought of what might have happened if I wasn't paying attention or if I couldn't stop, still scares the shit out of me. 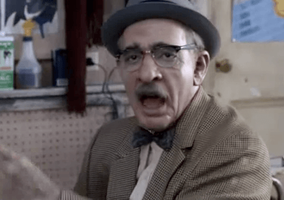 grey said:
The last inspection I was part of, the inspector jabbered on about how cops in the 60s(70s?) dealt with "hippies living in tents on the Boston Common. They drove up in trucks carrying police K9s and released them into tent city. An hour of that and the garbage/tents were loaded into trash trucks and it was over." Funny but he never looked at the elevator. I also never asked anyone if this story held an ounce of truth
Click to expand...

Photos for you.
Hippies camped on on the Common in 1968. City had enough and ordered a 10pm curfew on the Common. The violators got a hickory shampoo and some quality time with the working dogs if they didn't pack up and leave by then.

Hippies on the Boston Common with camping equipment and food

Police officers putting a man into the police wagon

Police officer in a cruiser pulls up near a gathering crowd

Police with dogs patrolling area around Boston Common during curfew

Police lead a bloodied "straight" to the wagon after his arrest for failing to leave Boston Common area when 10 p. m. curfew took effect

Police with dogs patrolling area around Boston Common during curfew

andrew1220 said:
I think it's time to ban elevators.
Click to expand...

I wonder if it was on the approved elevator roster...

Bison said:
I spent some time in Soviet Bloc countries just after the wall fell. The elevators in every apartment building were nothing more than an open platform. No enclosure, door, safety switches, anything. You saw the walls of the building and the door to each level slowly move by as the platform moved from floor to floor. You could reach out and touch them. A moment of inattention would lead to severe injury. It gave me a much better appreciation of the safety features we take for granted in the US. But, it is a great reminder that safety features do make us complacent and encourage us to abdicate our personal responsibility. I also used to run a manual elevator when I was in college. It was one of the coolest jobs I ever had.
Click to expand...

So you're a dumb water?
B

Fixxah said:
So you're the inventor of dumb water?
Click to expand...

A Massachusetts inspector found in March that the elevator that killed Carrie O'Connor had a stop-switch problem, according to information released by the Office of Public Safety and Inspections.