Id much rather see the FBI go after all these shitbags out there that were busy destroying cities all summer. They can F’k right off while they are probably monitoring these idiots announcing their build up of arms for a potential civil war.

DecOFlaherty said:
So... NES isn't a militia?
Click to expand...

DecOFlaherty said:
So... NES isn't a militia?
Click to expand...

Definitely not a well regulated one.

wilson911 said:
Definitely not a well regulated one.
Click to expand...

Are you saying that we are dysfunctional?

Reptile said:
GUN-TOTING militias are arming themselves across America as they fear a coming "Civil War" as Joe Biden prepares to become president.

Hundreds of far-right groups have sprung up across the US and are ramping up recruitment in the fallout from the highly charged electionand the coronavirus pandemic.

Online forum My Militia - which promotes itself as an "American Patriot Network" - has more than 20,000 users and has seen a flurry of activity in recent weeks.

The network claims there are 544 militias currently active in the US, carries instructions on how to make explosives and improvised weapons, survivalist tips, threads dedicated to conspiracy theories, and lists of names of members of "Antifa".

Many of the self-appointed militiamen say they are preparing to ride out mass civil unrest, while others more dramatically predict an upcoming "Civil War".

It comes after a string of violence over the summer with Donald Trumpblaming extreme left-wing groups for stoking mayhem.

Some groups are braced for attacks by "Antifa" who Trump branded "scum" after clashes at a recent marches in Washington DC.
Dr Rakid Ehsan, a research fellow from think tank the Henry Jackson Society, told The Sun Online the rise of the these groups is "deeply concerning" for the US.
He warned the potential of these organisations clashing with extreme left-wing groups could turn the US into a "powder-keg".
Fears of civil unrest have been mounting following the election as the White House allege the far left is to blame for much of the bloodshed in the wake of George Floyd's death. 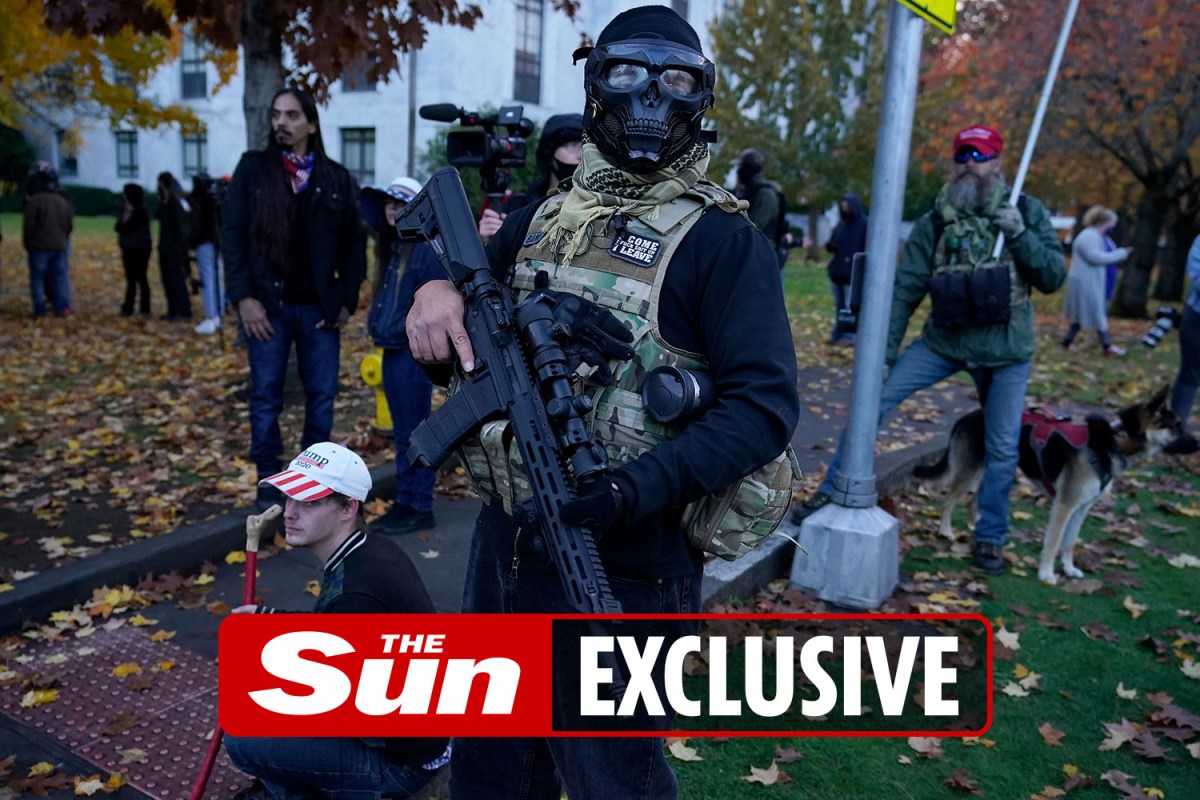 Inside far-right American 'militia networks' arming themselves for ‘Civil War’

GUN-TOTING militias are arming themselves across America as they fear a coming “Civil War” as Joe Biden prepares to become president. Hundreds of far-right groups have sprung up across …

Those soy boy latte drinking mommy boys ? I don't know what gender they are anymore as they all look the same to me. I figure would last about 7 seconds when confronted with your average full grown man that has a set. Especially an armed one.
Last edited: Nov 22, 2020

Inside the Michigan Militia