So, to lighten the mood today at work I decided to make my way around the office (during lunch time of course) to start random conversations with the "usual" to pass some time. I've been known to have a dry sense of humor, or so they say - I specifically drummed up the talking points around gun control. Mind you, most people at my office know I like and carry guns, and usually they give me their time even though they do not always agree.

So, to help alleviate my mental load for today, I decided to use the slang term "Banana Clips" at any instance I could. I must have said it 30 times to 10 different people. I actually cracked myself up a couple times thinking.... "What the hell am I saying!

Seriously though, have you ever said "Banana Clip"?

By the time I was done with the last co-worker the word "Banana" turned into "Bay-nay-nay Clip"! Shit I'm crackin' up just now typing this crap. HA!

But seriously, there's something romantic with the phrase Banana Clips. If you haven't spouted the words Banana Clips together I suggest you do.

My goal is to say the word Banana Clips so much that the media picks up on it. I'm awaiting the day Cadillac Deval speaks these two words at the podium.

The clincher: Unbeknown to my old man (A Vietnam Vet) about my epic work conversations today he decided to tell me about "Banana Clips" tonight. I nearly dropped the phone.... His actions prompted me to write this thread.

Shits so serious lately.... lighten up and say Banana Clips with me!

I sometimes amuse myself. Banana clip is dang fun to say, I have to use that more often... I mean Banaynay clip!

How do you clip bananas?

I clip my bananas to this: 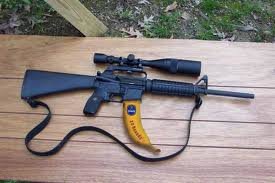 That is all.
N

Banana clip? Didn't Jordi LaForge wear one as his visor? I guess you're easily amused. enbloc said:
I clip my bananas to this:

Wow....That was great laughing the whole thread. Thanks

Even better, click on the button to insert a video in your post. It says "Insert Video Clip".
Last edited by a moderator: Nov 18, 2017

Location
The Western side of HELL

probably help you a little more than ranting

probably help you a little more than ranting
Click to expand...

If they made a banana shaped roach clip I might consider it...

I just said banana clip out loud and started laugh. I'm off my rocker.. Speaking of banana clips...Just got these three 40 round pre-ban beauties from a fellow NES'r. Showed up in the mail today actually. Standard capacity 30 round pre-ban mag in picture for comparison. 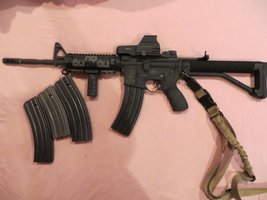