Should we start planing one for this year? I figure if the interest is there and we start early maybe we can have one in the spring before it gets too hot.

Or we wait till the fall like we usually do?

I think 2020/2021 has been a big wakeup call for shooters/reloaders to be more self sufficient and know the need to stock it deep to get through the next 4 years. There have been a ton of new shooters and reloaders in the past 4 years that dealt with the Trump Slump and tons of good cheap ammo available. This should be a wakeup call. This will and has happened every other president or so and can last 8 years.
Casting bullets is one way to get around 12-14 week lead times on bullets and settling for whatever comes in to stock first.
Not to mention all of the benefits of making your own.

This class also applies to people interested in reloading. We have had plenty of attendees that have never reloaded and learned how to cast first. It's a good way to network with locals and pick the brains of guys that are already reloading.

Below is just a little tweaked clip from the 2019 feeler thread.

For those that have not read about this or may be new here.

We basically spend a day going from scrap lead to ingot to as cast bullets to finished sized/coated/lubed bullets ready to load.
Explanations of how to and why to. All of the tools and accessories on premises for hands on learning.

Cast lead is cheap. It’s accurate. It can do a lot more than what most people think. Great for hunting. Can be pushed to rifle velocities with accuracy. Can be wrapped in a paper jacket and pushed 3000 FPS without leading. Can be shot in polygonal rifling with no issues.
Can be coated with the same coating(hi tek) that the big commercial guys use (bayou, SNS, gateway) and be treated like a plated bullet at that point.

Once you start asking around for scrap lead it starts appearing at your door. Basically free.
This takes out what used to be the most expensive component in reloading. Now of course that is the primer if you're paying the highway robbery prices.
1000 45 acp cartridges

Compare this to the curet $1 a pop for some shoddy plastic bag of oxidized reloads that someone found in the basement and started a new NES account to sell them to the poor Noobs and understocked masses.

I have tried to keep every seminar tweaked to what the masses want. We will be doing it all from smelting to finished bullets ready to load. In the past attendees have not been super excited about smelting but last years attendees were very into the process. So I can work that out in the official thread and this feeler thread and we can tweak as we go the day of.
We will spend more or less time on a given subject depending on how much detail and how many questions we get.

There are usually some door prizes depending on who is donating. Sometimes we have samples of lube and or bullet coating

Breakfast (Portuguese donuts and coffee) and Lunch (pizza) is included in the price.

So let’s get the feelers out there and see who wants to take the next step in reloading.

If anyone has a question as to what cast lead bullets can or cannot do. What styles of bullets can be made. What cartridges they play well with or the ever popular health concerns please ask away.

Over the years I’ve learned so much about lead and cast bullets and learned that what most shooters know about lead is a bunch of hogwash and myths. What most casual jacketed/plated reloaders know about lead is just barely above that level.
This is not meant to be insulting but it’s meant to show that lead has been given a bad name over the years which has made people shy away from using it at all never mind casting their own.
So reach out here and hopefully some of the awesome presenters we have had over the years and some of the last students can post a word or two about the seminar and what it has done for them.

Please ask questions, make comments, bring on the nay sayers. Let’s air out some myths and lay down some knowledge to see if we can get some anti cast bullet guys interested and give a little nudge to those on the fence.

I always say that getting into bullet casting will change your life.

300 Blackout 155 Grain
Cost next to nothing to make and tailored for my rifle. I also make 198 grain versions that work for my subsonic loads. 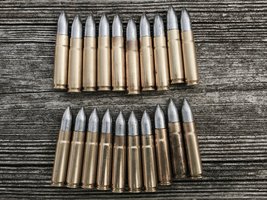 405 grain paper patched bullets for the 45-70 Again cheap as can be. I can load them with 12 grains of Unique to make a mouse fart load or with the paper patch I can push them as fast me or my rifle can handle and then some. 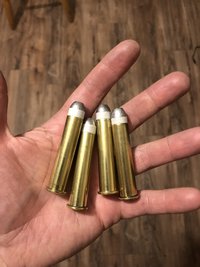 Mouse fart 30-30 Loads using a .360" ( 000 buck )that has been sized down to .310" and loaded over a pinch of red dot. Quiet and accurate for indoor plinking, training little kids and dispatching pests without sending a full house FMJ around the yard. 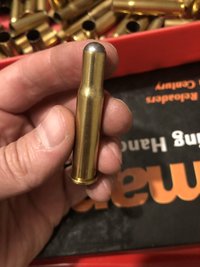 I'm interested in coming back for sophomore year! Late Spring would be ideal like May sometime before Memorial Day.

I can tell you all that the except for Broc you won't run into any metrosexuals and everyone else is not afraid to admit they own for-tay. It exceeded all my expectations and you walk out out of there knowing everything you need to to start casting.
.

I voted for Fall, maybe early September, but I would be fine with late Spring as well.
M

Im in for my usual donations.

Its been slow on the wheel weights this is all I managed to collect since spring 2020.
Should be mostly lead as I try to toss the steel in the steel bin outside. It takes a long time to fill a bucket if your not a tire shop.
Just 5-6 years ago I would have more lead. Its getting thin. 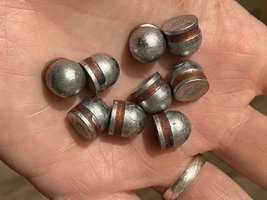 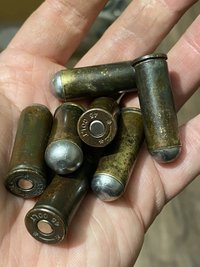 How about using any bullet mould (with grease grooves) teamed up with a gas check spacer to make custom sized wadcutters for light plinking or stacking up a bunch in straight walled cartridge for multiple projectile loads.

This picture doubles and shows that you can use a HOT GLUE GUN to make glue bullets.
Great for indoor practice propelled by just the primer (maybe not at today’s prices) 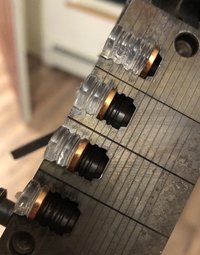 I have a ..........Disk (for lack of a better description) you can have for your seminar.
No idea what the bhn is, probably closer to 6 or 7. Its a mix of leftovers.
I'll see if I can find it later tonight.
Good practice stuff for whoever want to learn.

TrashcanDan said:
I have a ..........Disk (for lack of a better description) you can have for your seminar.
No idea what the bhn is, probably closer to 6 or 7. Its a mix of leftovers.
I'll see if I can find it later tonight.
Good practice stuff for whoever want to learn.
Click to expand...

In for spring and fall

Spring with an emphasis on Smelting. Follow up in fall.

Generally about $20 but we need to reassess that this year depending on if we need a porta potty again. That put us deep in the red last year.

I agree there's likely to be a surge in interest based on the current shortages, which will hopefully be easing up by fall....

I'm interested.....where would this class be taking place? Did I miss it in the OP?

CrowCommand said:
I'm interested.....where would this class be taking place? Did I miss it in the OP?
Click to expand...

Not sure I put that in there
C

Cool, I'm in southern RI. I'd be willing to take the ride if it worked out.

I'd be interested in spring before Memorial day, or fall after labor day. Would probably bring a +1 to either.

namedpipes said:
I agree there's likely to be a surge in interest based on the current shortages, which will hopefully be easing up by fall....

My Spring is likely to be pretty busy but I'm certainly going to make a concerted effort to get there this year either way
Click to expand...

You are an old man sitting on your rocking chair with your coffee outside yelling at neighborhood kids. I am sure you can find time during the Spring. 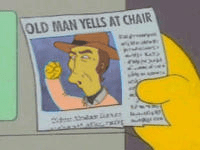 Not sure I put that in there
Click to expand...

Broccoli Iglesias said:
You are an old man sitting on your rocking chair with your coffee outside yelling at neighborhood kids. I am sure you can find time during the Spring.
Click to expand...

Walt Kowalski, bring the Gran Torino to the seminar.

@Michael J. Spangler I think you need one casting seminar in Spring and one in the fall.

Broccoli Iglesias said:
@Michael J. Spangler I think you need one casting seminar in Spring and one in the fall.
Click to expand...

Yeah you might be right. @1919FAN what do you think ? Can you stand being around that group of goons twice a year?

Michael J. Spangler said:
Yeah you might be right. @1919FAN what do you think ? Can you stand being around that group of goons twice a year?
Click to expand...

Of course he can. I see how he checks out those studs casting.

If I could get off my backside and motivated to clean off the workbench in the garage I could host a spring event if you needed a place.
Taunton PD is already used to showing up here for reports of gun fire