fshalor said:
I respect them the same way I do not respect England or France anymore.

Saudia Arabia has managed to hold their values of a society together and pretend to be the Merciful Good Friend to the US.


Do you have respect for the cottonmouth sunning itself on your path?
Click to expand...

Well, I guess you're right. The Saudia's have managed to maintain their 'values'. But those are pretty abhorrent values.

Looking maybe like limpet mines instead of torpedoes. Matches the descriptions of damage I've been seeing (above the water line), and a lower technology that's reliably within Iranian skills.

Around 11:05 a.m., according to CENTCOM, the Bainbridge approached Dutch tugboat Coastal Ace, which had taken aboard all 21 mariners from the Kokuka Courageous. The tanker’s crew had abandoned ship “after discovering a probable unexploded limpet mine on their hull following an initial explosion,” according to the statement.

Though the IRGC Hendijan-class patrol boat appeared to reach Coastal Ace before the Navy destroyer did, the master of the Kokuka requested rescue by the Bainbridge, according to the statement. The 21 sailors remain aboard the destroyer.

It was roughly five hours later, officials say, when an IRGC Gashti-class patrol boat returned to the scene, “and was observed and recorded removing the unexploded limpet mine from the M/T Kokuka Courageous.”
Click to expand...

tuna said:
Am I missing the sarcasm? I thought it was Israel.
Click to expand...

You're missing the sarcasm. 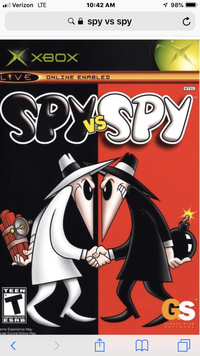 Stop the presses. I have credible evidence on exactly who did it!

kevin9 said:
Looking maybe like limpet mines instead of torpedoes. Matches the descriptions of damage I've been seeing (above the water line), and a lower technology that's reliably within Iranian skills.

Limpets always beat torpedos. I thought we all knew that.

Tanker owner and crew claim BS on the mine story.

Iran has nothing to gain. They were meeting with the Japanese at the moment this happened.

I'd sooner believe Bolton fired a rocket himself at this tanker than Iran attacked it by mine/torpedo/missile.
H

Iran has nothing to gain. They were meeting with the Japanese at the moment this happened.

I'd sooner believe Bolton fired a rocket himself at this tanker than Iran attacked it by mine/torpedo/missile.
Click to expand...

WASHINGTON—Bursting through the Congressional chamber doors while moaning and clutching his shoulder, John Bolton reportedly stumbled into the Capitol building Friday claiming that he’d been shot by Iran. “Help, help, I’ve just been attacked by a large Middle Eastern country around 636,000 square miles in size,” said the national security advisor, telling those assembled that he’d just been minding his own business when an aggressive Islamic Republic had thrown him on the ground and shot him with a long-range missile. “Right after Iran shot me, I heard the nation laugh and say ‘Somebody stop me before I go on a homicidal rampage.’ It was acting crazed and irrational, and I could smell enriched uranium coming from one of its urban centers. Please, hurry, if we move quickly, we might still be able to catch it before it’s too late.” Upon further questioning, Bolton admitted that the incident had happened so fast that it was possible he’d been attacked by Venezuela or North Korea.

WASHINGTON, June 14 (Reuters) - Iranian military fast-boats in the Gulf of Oman are preventing two privately owned tug boats from towing away an oil tanker damaged in attacks on Thursday, a U.S. official said on Friday, speaking on condition of anonymity.

The U.S. official did not say how the United States knew of the reported standoff between the Iranian fast-boats and the tug boats, which were trying to tie up and tow away the Norwegian-owned Front Altair. The United States blames Iran for Thursday's attacks against the Altair and the Japanese-owned Kokuka Courageous. 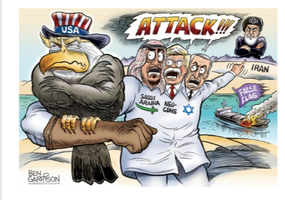 Great, our Navy gets to protect the Gulf so that the flow of oil to China in not interrupted. Why the heck do we care again? See below, I'm not kidding

How much oil does the U.S. export and import?

...Forty-five countries supplied crude petroleum oil to China in 2018. Roughly half (44.1%) of Chinese imported crude oil originates from nine Middle Eastern nations ranging from $748.8 million from Qatar up to $29.7 billion for Saudi Arabia....

It's the percentages.... eliminate 20% of the worlds supply via the straights, and you will see 12-15$ a gallon gasoline and a global war.

30 to 40 miles of waterway is a scary small bottleneck.

Running US warships alongside tankers is an inevitable defensive end game.

I have always suggested a large number of small boats, well equipped with missiles, torpedoes, high tek radar and overhead communications with larger caliber weapons to confront small boats of other countries in the Gulf. 150 small boats makes more sense to me than a friggin air craft carrier and battle group.

rep308 said:
Great, our Navy gets to protect the Gulf so that the flow of oil to China in not interrupted. Why the heck do we care again? See below, I'm not kidding
Click to expand...

the short answer? Oil is a fungible commodity. That means the price is set globally, and we have to pay that price here in the USA, even if we have texas tea bubbling up from our backyard swamps, just like jed clampett.

a 2nd answer is....our trading partners will have to pay much higher oil prices, which means we can not sell our stuff as easily overseas, and stuff we buy from overseas is now more expensive.

a 3rd reason...it allows bad actors like Russia more political influence when they try to get the EU hooked on using their natural gas thru the pipeline.

about the only GOOD thing that might come from all this, is USA supplying more liquified natural gas to the EU...which would make our trade imbalances look better.

There is a substantial assumption above that is false. The oil being produced in total does not go down. It simply finds other routes to be consumed. If the strait were to fully close either Asian or African nations would create another massive pipeline around it (maybe ever both). There might be a very short term rise in prices, but the market will find a way around the strait and the oil doesn't disappear.

The myth we need to be in that area involved with ME trade routes beyond defending American vessels from physical attack or piracy is just that, a myth.

It is not 1970 anymore and people need to stop treating geopolitics as if technology, communications and trade have not globalized in the last 50 years.

A surprising headline from the Daily Beast suggests President Trump could be bucking his own administration hawks on Iran with help from an outside source: "Tucker Carlson Is Privately Advising Trump On Iran" — the headline reads.

Over and against uber-hawks John Bolton and Mike Pompeo, the report says "there’s been another, far different voice in the president’s ear: that of Fox News host Tucker Carlson."
Click to expand...