17-year-old arrested in killing of 2 people in Kenosha

Appears to be pro-police and seen on video firing a MSR as a crowd closed in on him. Anyone want to bet how this will play on the news? 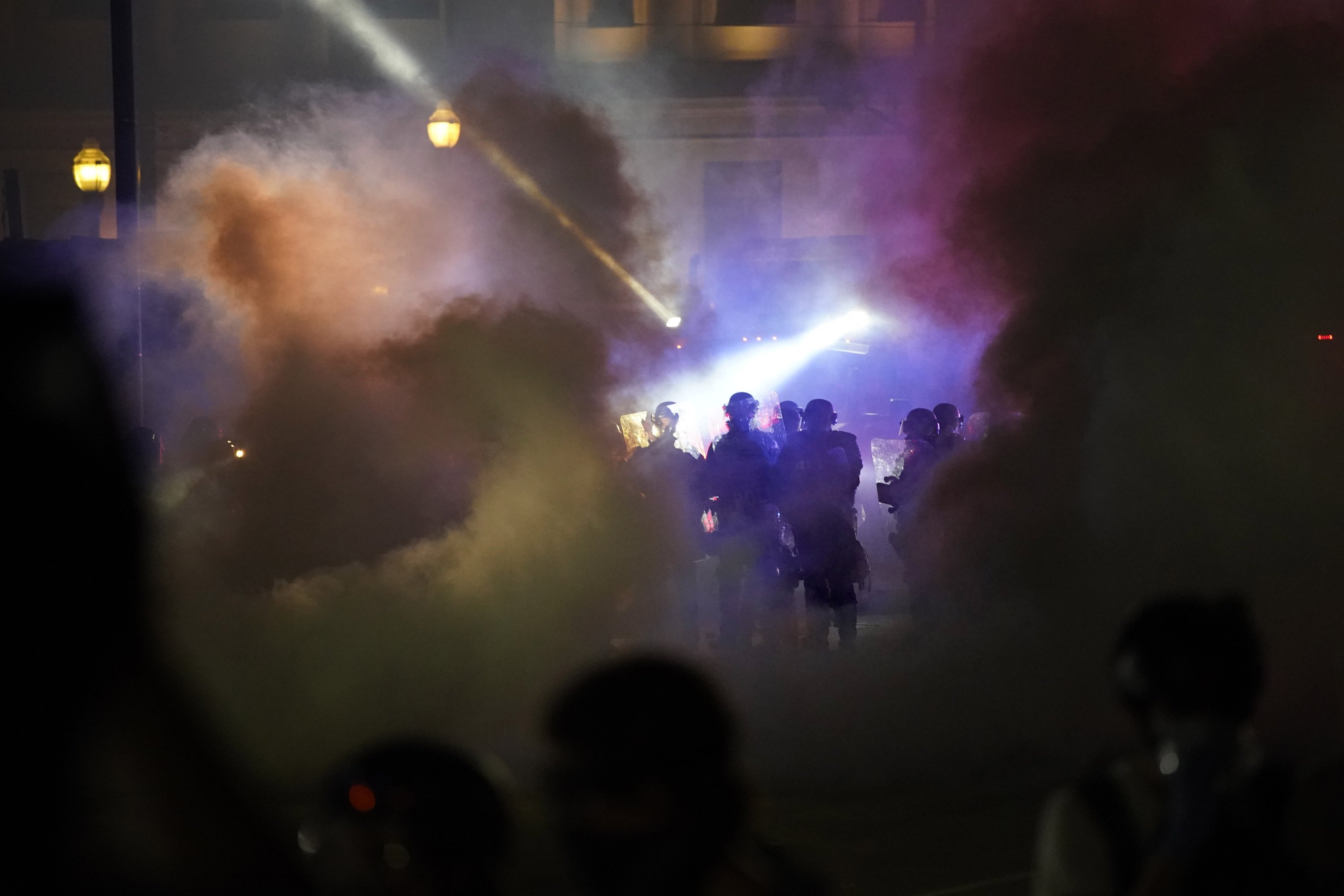 17-year-old arrested after 2 killed during unrest in Kenosha

KENOSHA, Wis. (AP) — A white, 17-year-old police admirer was arrested Wednesday after two people were shot to death during a third straight night of protests in Kenosha over the police shooting of a Black man, Jacob Blake.


“And then this guy with this huge gun runs by us in the middle of the street and people are yelling, ‘He shot someone! He shot someone!’ And everyone is trying to fight the guy, chasing him and then he started shooting again.”​
​
A witness, Julio Rosas, 24, said that when the gunman stumbled, “two people jumped onto him and there was a struggle for control of his rifle. At that point during the struggle, he just began to fire multiple rounds and that dispersed people near him.”​
​
“The rifle was being jerked around in all directions while it was being fired,” Rosas said.​

All other things being equal, who in their right mind will chase someone with a rifle while unarmed?

For real? Fake news! I don't believe this actually happened.

Location
On a Northerly course

Modern Sporting Rifle. AKA extra killy black rifle. AKA weapon of war. AKA......

One of the thugs had a skateboard and after seeing that guy in Dallas who was defending his store with a sword nearly get his brains bashed out with a skateboard, if I'm laying on the ground and see a skateboard I'd have reason enough to fear for my life.

The fact that he was running away from people, fell down, and didn't shoot until the mob encircled him tells me that none of this was per-meditated, yet the DA's charged him with first degree murder because they want the riots and looting to continue. I suggest the 2A community start protesting outside DA's offices, with arms, in a form of a counter protest because nothing scares those people more than an armed populace.

Location
South of the Mason-Dixon, NC

The people chasing him had guns.
Bad move going to that zone. Kid sounds like he wasn't playing with a full deck. But then neither are to "peaceful protesters."
O

Isn't this what you are supposed to do? You go out at nite to peacefully protest by smashing windows, burning cars and buildings, throwing shit at cops, looting and killing people. Not to just stand around scratching your nuts. Jack.

I'm hearing that the kid shot and killed a protester who was setting a car on fire. That was before he fell down and was assaulted.

He's charged with 1st degree murder on that one. If proven he's doomed. A wannabe cop...

richc said:
I'm hearing that the kid shot and killed a protester who was setting a car on fire. That was before he fell down and was assaulted.

Maybe, maybe not. Depends on whether the person shot trying to set the car on fire threatened the kid with the gun. IANAL, but Wisconsin seems somewhat more lenient than Massachusetts with regards to defending oneself. It appears that you cannot shoot someone just to defend property but you can if you feared "great bodily harm". Having seen people beaten senseless with little warning by these rioters, that may be a defense.

still, if it gives some antifa puke pause, it was a good shoot.
the kid will be crucified, for sure. But now antifa has something new to worry about...sheep who shoot back

richc said:
He's charged with 1st degree murder on that one. If proven he's doomed. A wannabe cop...
Click to expand...

Everyone has a limit

Admin said:
Everyone has a limit
Click to expand...

Yes, for certain. Me included. I hope I'd be smart enough not to get caught.

I believe the kid felt he was helping society and helping the PD. Now he'll pay the price for that.

He didn't learn how to fly under the radar...

richc said:
I'm hearing that the kid shot and killed a protester who was setting a car on fire. That was before he fell down and was assaulted.

This is also what I heard. Sequence of events: Anarchist begins setting cars in vacant lot ablaze. Has molotov cocktail. Back-the-blue teen spots him points rifle at him and when the guy turns with the molotov teen opens fire and wacks anarchist. Mob follows teen who realizes what hes done and tries to flee saying “he didn’t shoot anyone” and then mob closes in and he trips and starts opening fire, hitting one man center-mass (Sk8r Boi) and hitting another man in the arm (lefty). The teen goes to police, they tell him to turn away, then he attempts to flee the state back to his home state (Illinois), but gets arrested on slew of charges.

What these Antifa thugs (and the street-revolutionary-cosplayers) haven't realized is that the police aren't there to protect us, they're there to protect the criminals. Communities have dealt with criminals for far longer than there have been police departments, typically swiftly and with little due process.

The deal is that if the police keep order, the citizenry won't take matters into their own hands. Break that deal by driving the police off the street, and the assumed civility of the non-"protesting" populace goes down rapidly.

Apparently they call them long guns in Wisconsin.


richc said:
I'm hearing that the kid shot and killed a protester who was setting a car on fire. That was before he fell down and was assaulted.

Seeing is believing. All the footage is there...

Here are a few videos


This is the guy who was screaming for a medic 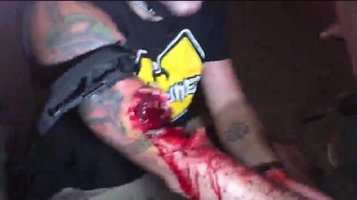 Here is another pic of him, just after being shot 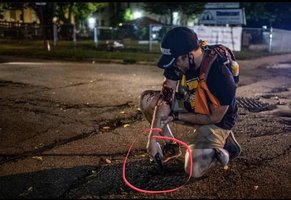 It does appear that in the first video, the kid with the rifle was being chased by someone who threw a Molotov cocktail at him (0:47) 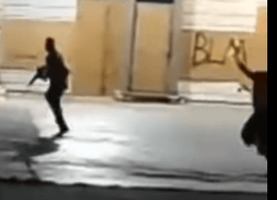 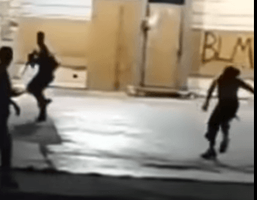 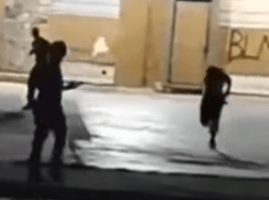 and then continued to chase him, getting shot as he caught up to the kid with the rifle at the line of cars (0:53). 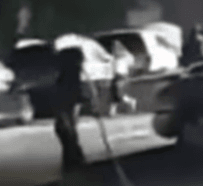 Here is another pic of him, just after being shot
View attachment 383953
Click to expand...

These will probably be plucked from youtube in a couple hours so watch the evidence right now before that happens.

Some A hole on Howie called in saying it was an automatic weapon.

There should be a test before he does any breeding. Hopefully it's not too late.

Why would he leave his boys and go into hostile territory without back up!?!? Go in squads don’t be a hero and stray from the pack. That’s a big lapse in mental judgement by him being caught in this situation and playing Paul Kersey.

You hear that the Milwaukee Bucks are boycotting their game this afternoon to protest that kids arrest... neither did I.

CWulf said:
You hear that the Milwaukee Bucks are boycotting their game this afternoon to protest that kids arrest... neither did I.
Click to expand...

Rockets and OKC boycotting their game as well.

I am sure those paragons of virtue are going to demand to being paid anyway.

Lol. Boycotting a game nobody was watching! How brave!

22 year old with 22 arrests arrested for shooting gun at people.